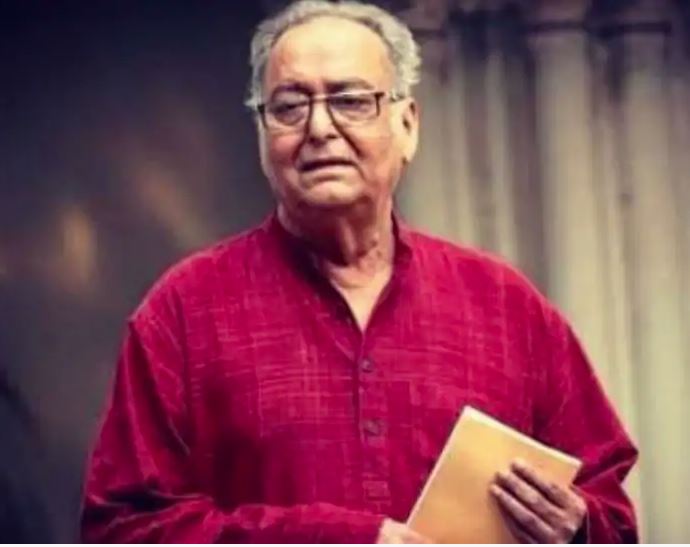 Veteran actor Soumitra Chatterjee, who was admitted to Kolkata’s Bellevue Clinic on October 6, died at the age of 85 on Sunday after battling Covid-19. The actor’s health condition was very critical over the past 2 days and he was on ventilator. Following which, Chatterjee was shifted to a non-Covid Intensive Trauma Unit since then he had been under observation of twelve member medical team. In an official statement on Sunday, a special team of doctors from the hospital declared actor’s death at 12:15 pm afternoon.

Soumitra Chatterjee was facing secondary infections due to the Covid-19 repercussions. The team of doctors including public and private sectors had tried their best to revive the actor from his critical stage but failed. The actor had tested positive for the coronavirus on October 6, later he tested negative for Covid-19. On October 11, he was treated twice with plasma therapy but his condition did not improve much after two days of continuous treatment. His oxygen level had improved but he was suffering from lung and urinary tract infection.

The 85-year-old actor Soumitra Chatterjee, born in Kolkata, is known for his collaborations with Oscar-winning film director Satyajit Ray. He made his debut in 1959 with Satyajit Ray’s The World of Apu (Apur Sansar) and they together did 14 films. He featured as Feluda/Pradosh Chandra Mitter, the famous private investigator from Calcutta in Ray’s Feluda series of books, in two films – Sonar Kella (1974) and Joi Baba Felunath (1979).

Soumitra Chatterjee was also a part of several other works of Satyajit Ray including Apu’r Sangshar or The World Of Apu. Ashani Sanket, Ghare Baire, Aranyer Din Ratri, Charulata, Shakha Proshakha, Jhinder Bandi, and Saat Pake Bandha are some of Chatterjee’s best works.

In 2012, Chatterji was awarded the Dadasaheb Phalke Award for lifetime contribution to Indian cinema. He was received Padma Bhushan in 2004, while in the year 2018, he was bestowed with France’s highest civilian award, the Legion of Honour.