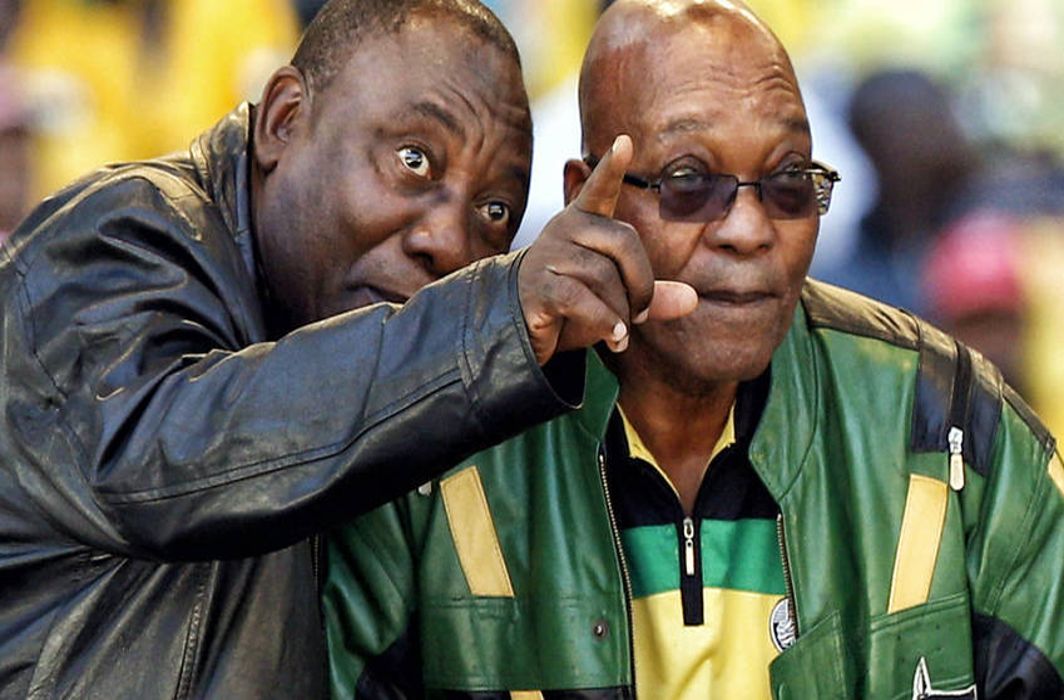 In an expected move, South African President Jacob Zuma has resigned “with immediate effect” late on Wednesday night.  However, he disagreed with the way African National Congress (ANC) shoved towards an early exit after the election of Cyril Ramaphosa as party president in December.

Speaker of the parliament Baleka Mbete has confirmed in a statement that “resignation of President is effective immediately”.

Latest report say that ANC leader Ramaphosa is likely to be elected as President when parliament meets in Cape Town on Thursday.

According to iol.co.za, in a 30-minute address on national TV network, Jacob Zuma said, “I have therefore come to the decision to resign as president of the republic with immediate effect. Even though I disagree with the decision of the leadership of my organisation, I have always been a disciplined member of the ANC.”

He further said, “No life should be lost in my name. And also the ANC should not be divided in my name.”

During his earlier speech, Zuma effectively accused the ANC of violating his rights by recalling him without telling him what he had done wrong.  “I don’t fear exiting political office, however I have only asked my party to articulate my transgressions and the reason for its immediate instruction that I vacate office,” he said.

President Jacob Zuma’s statement came after the ANC gave him an ultimatum to resign or be recalled in a letter delivered by the party’s secretary general Ace Magashule on Tuesday.

On Wednesday the ANC announced that their MPs would vote with opposition parties in support of a motion of no confidence against Zuma and that the Speaker of Parliament had agreed to move the motion, which was originally scheduled to be debated next week, forward to Thursday.

The ANC gave Zuma until midnight on Wednesday to respond to the recall letter, otherwise the debate on the motion of no confidence was set to commence at 2pm on Thursday.

Till Wednesday afternoon Zuma seemed indecisive while speaking with a media person. He said he had done nothing wrong and was never told the reasons for his recall. Zuma said he had made it clear to the party’s national officials that he was not willing to leave the Union Buildings without being told what wrong he had committed. He said he felt victimised.

Jacob Zuma served as President of the country from 2009 general election till Wednesday the February 14, 2018. Earlier He was Deputy President from 1999 to 2005, when he was dismissed by President Thabo Mbeki after his financial advisor was convicted of soliciting bribe for Zuma.

In 2007, he was elected as president of African National Congress (ANC) defeating President Mbeki. Hence, Mbeki was also recalled from the top position by ANC in September 2008.