Home Latest Politics News SP-BSP tie up in UP: 38 seats to each, leave two for... 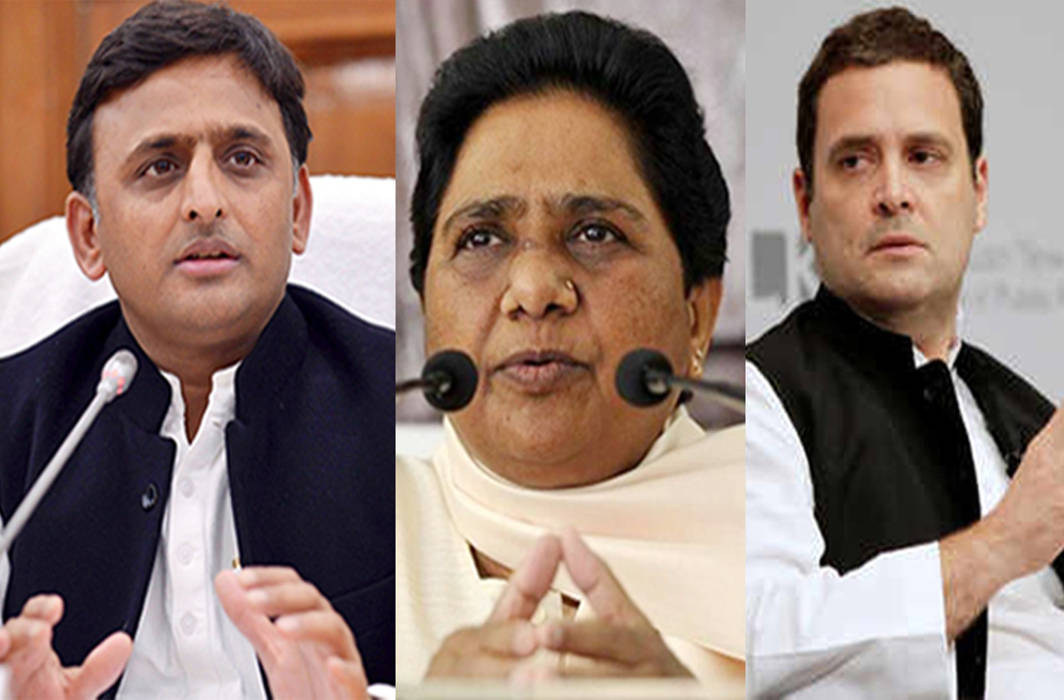 The two parties have decided not to involve Congress in their battle against the BJP saying that there was no real gain in aligning with the party.

Addressing a press conference in Lucknow along with Akhilesh, Mayawati said, “We have left two Lok Sabha seats for other parties. Amethi and Rae Bareli have been left for Congress.” Uttar Pradesh has total 80 Lok Sabha seats.

About Congress, Mayawati said that BSP and SP’s past experiences with the party have been a basis for leaving it out of the 2019 alliance.

“Including Congress in the alliance will hurt SP-BSP prospects as Congress’s votes do not get transferred,” she said.

Training her guns at the ruling BJP as well as Congress, Mayawati said that the policies of both these parties have been mostly the same.

Taking over from where the BSP chief stopped, SP supremo Akhilesh Yadav said, “The BJP has raked up the issue of caste in UP. People are being killed in encounters because of their caste. ”

Terming their alliance as a political revolution, Akhilesh Yadav said that the merger was necessary to bring down the soaring arrogance of the BJP.

“We have come together to rid the state and country of BJP’s religion and caste politics. This alliance was a must to destroy BJP, to defeat their arrogance. BJP can go to any extent to create differences in our workers, we must be united and counter any such tactic,” he added.

In what could be a message to his party workers, the Samajwadi Party chief further said that any insult to Mayawati would be an insult to him.

The SP-BSP alliance comes exactly 25 years after the two parties joined hands to stop the BJP juggernaut at the height of the Ayodhya movement in 1993.

The two parties parted as sworn enemies, after Samajwadi workers roughed up Mayawati at a guest house in Lucknow for pulling out of their coalition government.

“For the sake of the nation, we decided to rise above the Lucknow guest house incident and again come together,” Mayawati stressed, a clarification aimed at PM Modi, who had at a recent rally in Agra scorned her for forgetting that episode while allying with the Samajwadi Party.

Union law minister Ravi Shankar Prasad dismissed the Samajwadi Party-Bahujan Samaj Party alliance saying it was a desperate effort for survival. “The SP BSP alliance is for their survival, it’s not in the interest of the country or Uttar Pradesh,” he said at media briefing on the second day of BJP’s national council meet in Delhi.

Akhilesh and Mayawati, who had been exchanging barbs of ‘Bua’ and ‘Babua’ against each other during electioneering in the last Lok Sabha and Assembly polls, had previously come together for three Lok Sabha seats in the UP bypolls last year and won all.

“We have defeated the BJP in by-polls by coming together in the last year. The Congress even lost its deposit. This made us realise that of the SP and BSP come together, we can win against the BJP,” Mayawati said.

“This is not an alliance only to win the polls but to also represent the interests of the common people and Dalits, Muslims and other religious minorities,” said the BSP chief.

Significantly, she said this was a long-term relationship. “Ye lamba chalega (it will last long), even in the next Uttar Pradesh assembly election,” said Mayawati.

She beamed as Akhilesh Yadav, taking a question on what he thought of Mayawati as prime ministerial candidate, said: “Uttar Pradesh has given us prime ministers in the past and we will be happy to see another Prime Minister from Uttar Pradesh again.”

The SP-BSP tie-up could prove to be a deterrent for the incumbent BJP in the state. In 2014, the BJP had a vote share of 42.6 per cent – about the same as combined votes of SP and BSP – and won 71 out of 80 seats. Two other seats went to its ally Apna Dal.

The SP won five, the Congress two, and the BSP none.

The BJP may lose as many as 50 Lok Sabha seats in UP when the SP and BSP votes are combined.