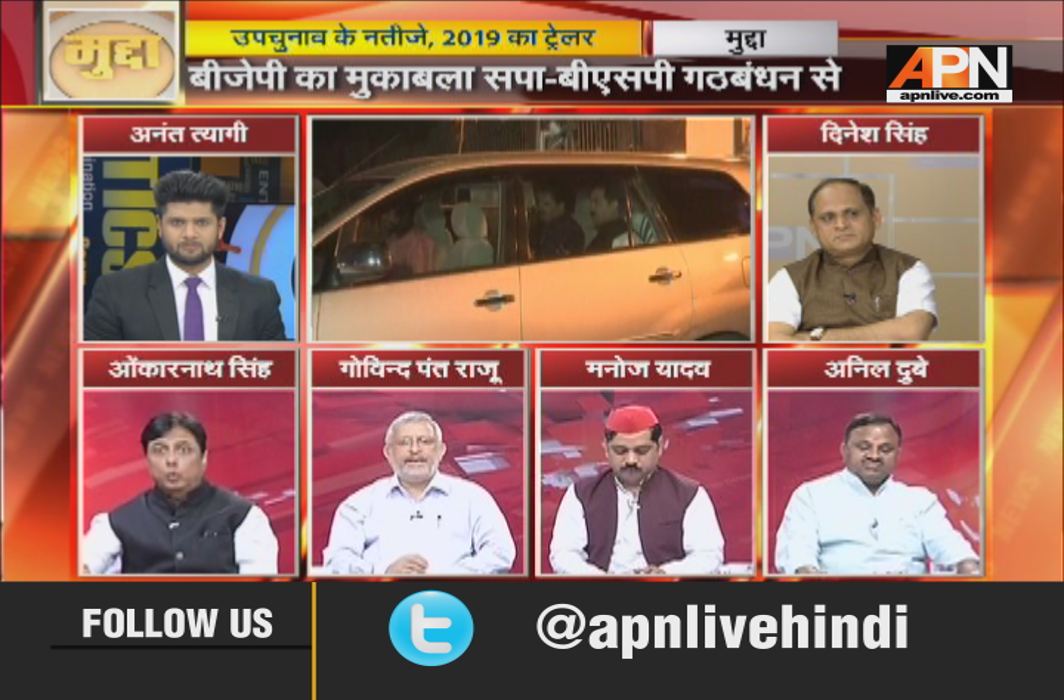 Muddapanellists discuss Samajwadi Party’s surprise win in Yogi stronghold after Lok Sabha bypoll results come out; acknowledge change in political mood and opine that they are a comment on BJP performance

The results of five Lok Sabha bypollsin UP and Bihar have surprised many political leaders and analysts when Samajwadi Party snatched Gorakhpur and Phulpur constituencies from BJP. Gorakhpur constituency belongs to UP Chief Minister Yogi Adityanath.

After having lost Gorakhpur and Phulpur constituencies in Uttar Pradesh, BJP spokesperson Dinesh Singh expressed his concern over the results. He criticisedSamajwadiParty, BSP, Congress and RLD for not having any clear policy. He advised his own party to change strategy for the bypolls. He was of the opinion that Election Commission and all political parties should encourage for higher pollings.

Manoj Yadav, leader of Samajwadi Party asserted that this was the victory of Samajwadi-BahujanSamaj Party coalition which is not only a coalition of two leaders but that of people. He alleged BJP losing the elections indicate that their leaders have no will power to work for development.

Meanwhile Anil Dubey, spokesperson for Rashtriya Janata Dal, the party which has successfully maintained  its Araria and Jahanabad Lok Sabha seats, said that voters’ have reflected that central government headed by PM Narendra Modi and UP government headed by Yogi Adityanath have not performed well. People felt cheated and responded with a negative voting against BJP.

Govind Pant Raju, consulting editor of APN was of the opinion that people have shown that they were the kingmaker and they should not be taken for granted.