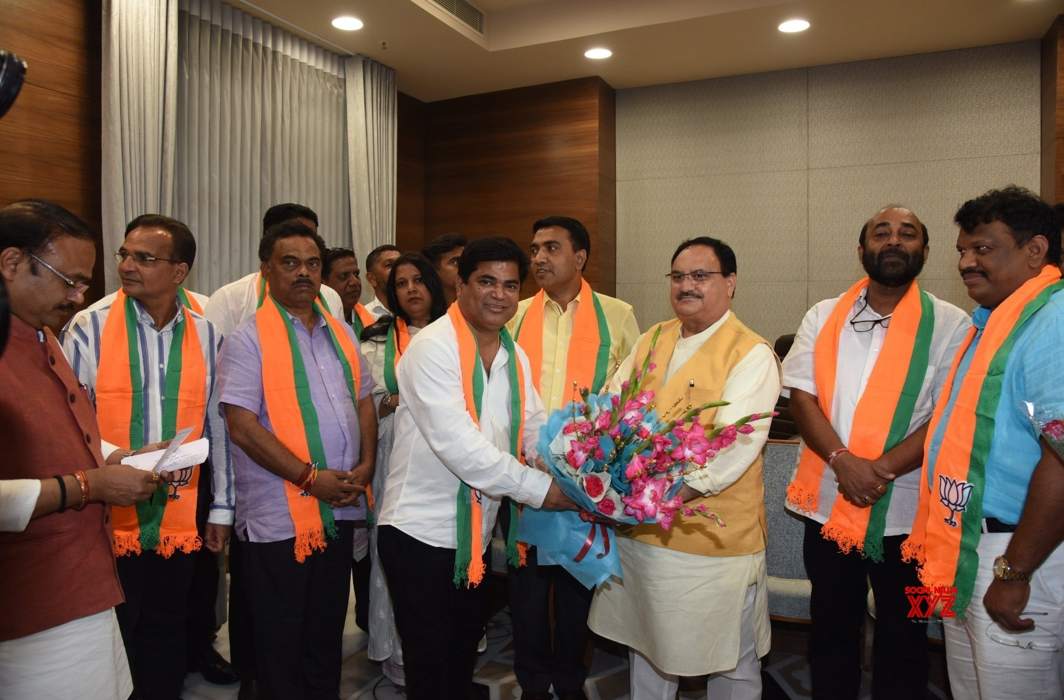 With BJP in Goa securing a commanding majority of 27 in the 40 member legislative assembly after 10 of 15 Congress MLAs defected to it, Goa Chief Minister Pramod Sawant has got rid of three members of ally Goa Forward Party (GFP) and an Independent legislator as ministers to admit some of the new entrants to his Cabinet.

Michael Lobo resigned as deputy Speaker of Goa Assembly in the morning today (Saturday, July 13), paving the way for his induction into the Cabinet. Lobo submitted his resignation to Speaker Rajesh Patnekar at noon.

“I resigned from the post as I will be inducted into the cabinet later in the day,” Lobo said.

Others to be sworn in as ministers are Chandrakant Kavlekar, Philip Nery Rodrigues, Atanasio Monserratte, who had quit the Congress and joined the BJP Wednesday, July 10.

The portfolios likely to be given to the defecting Congress MLAs include Town and Country Planning — held by Sardesai — along with Revenue, and Information Technology, River Navigation and Water Resources, Housing, and Agriculture.

The GFP was left high and dry. The GFP, a regional party, was instrumental in forming the Manohar Parrikar-led government in 2017. An unhappy Vijai Sardesai told IE: “I am at sea with regards to what this exercise fulfils and I fail to understand what was the insecurity behind this decision.” The first impact of the development will be felt during the monsoon session of the Assembly, which is slated to begin on July 15, Sardesai added.

“We were told Michael Lobo (deputy Speaker) wanted to be made a minister. The name of a newly elected MLA was also given. I was asked to drop my cadre. I called (BJP president) Amit Shah as he knows the ground realities and the sacrifices we made in 2017,” he said.

Sardesai had reportedly said that they were hoping to resolve the crisis with amicable solution. “Goa Forward Party is part of NDA and had joined the BJP-led government after talks with the national leadership of BJP,” Sardesai had said. “The present State BJP leaders were not part of the discussions then. As such we will take appropriate steps only after talking to NDA leadership at the centre,” he had said, reported The Hindu.

The chief minister has clarified that the decision to drop the GFP members from the cabinet was taken on the direction of the saffron party’s central leadership. It is to be noted that the MLAs after formally joining the BJP had met with acting president Amit Shah.

Some BJP workers have also questioned the leadership. Some of them say they are “demoralised”. “I am totally demoralised and I don’t like the idea of their induction into the BJP and the cabinet, which they are doing for petty gains,” Sumant Joglekar, a worker of the BJP’s ideological mentor RSS was quoted by NDTV as saying. Joglekar’s father was one of the founders of the RSS in Goa, and he has helped to build the BJP in Goa.

“Our bosses don’t have to meet the people. We have to face them. We have to ask them for votes and membership. I am not ready to compromise with my principles and I am against this move. I am deeply hurt. Is this the party with a difference?” Joglekar told NDTV.

Speaker of the Goa Legislative Assembly Rajesh Patnekar on Saturday said the reshuffle will have no bearing on the schedule of the Monsoon session of the State legislature, set to commence on Monday, July 15.

He said the new Ministers will have to study their respective portfolios before replying to the questions in the House. The monsoon session will end on August 9.

The senior Congress leader is facing Covid related complications and is being treated at Gauhati Medical College Hospital.
Read more