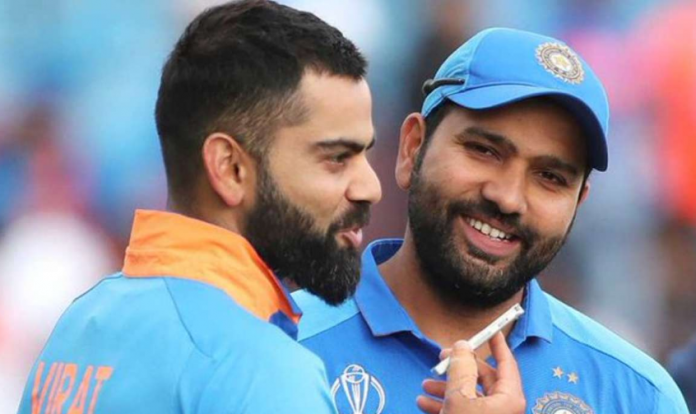 Rohit Sharma fans were over the moon, or even the sun, for a few hours yesterday when newspapers reported that the Hitman may become T20-ODI India captain with Virat Kohli remaining the Test captain. But as the sun neared the time it set all was back to earth with BCCI treasurer Arun Dhumal unplugging the rumours.

Several media houses ran reports that India skipper Virat Kohli was likely to step down as limited overs captain and focus on his batting which is apparently not all that hunky-dory. Rumours also had  the time when the excision would occur, right after the T20 World Cup.

“This is all rubbish. Nothing (as) such is happening. This is all that you guys (media) are talking about. BCCI has not met or discussed anything on this issue (split captaincy),” Dhumal was quoted as saying by a wire service. “Virat will remain as the captain (of all formats).”

Well, it seems to be impossible in India to get rid of the responsibilities irrespective of results, but some cricketing superpowers have happily adopted it.

Five-time World Cup-winner Australia is a leading example when it comes to power-sharing in cricket. Wicketkeeper-batsman Tim Paine leads Australia in Tests, whereas former RCB batter Aaron Finch is ODI and T20 skipper.

In fact, T20 specialists West Indies have even recruited three captains. Kieron Pollard leads the T20 squad and ODIs whereas Jason Holder and Kraigg Brathwaite share the authority in Tests.

The BCCI, being the richest cricket board, could take no notice of suggestions from the other boards but they cannot evade the fact that the Run machine hasn’t been on the scoreboard for quite a while now.