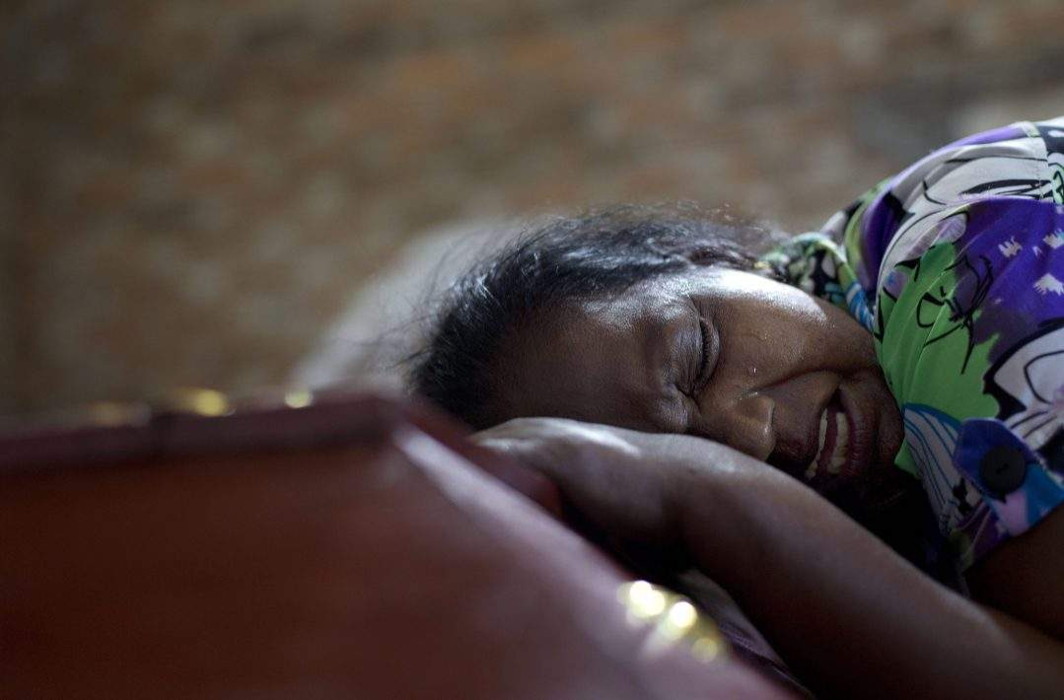 “Some top intelligence officials hid the intelligence information purposefully. Information was there, but the top brass security officials did not take appropriate actions,” Lakshman Kiriella, who is also minister of public enterprise, told parliament.

He said information on possible suicide attacks on churches, hotels and politicians were received from Indian intelligence on April 4 and a Security Council meeting was chaired by President Maithripala Sirisena on April 7, but the information was not shared more widely.

“Somebody is controlling these top intelligence officials,” the minister said. “The Security Council is doing politics. We need to investigate into this.”

Separately, Sarath Fonseka, former army chief and minister of regional development, told parliament he believed the attacks “must have been planned for at least 7-8 years”.

Police say the death toll in the Easter attacks in Sri Lanka has risen to 359 and more suspects have been arrested.

Earlier, a top government official said the suicide bombings at the churches, hotels and other sites were carried out by Islamic fundamentalists in apparent retaliation for the New Zealand mosque massacre last month.

The Islamic State group has claimed responsibility for the Sri Lanka attacks and released images that purported to show the attackers. Prime Minister Ranil Wickremesinghe said that investigators were still determining the extent of the bombers’ foreign links.

Another report said nine suicide bombers, including a woman, were involved in the massive Easter Sunday bombings, said a top police officer today.

Out of the nine suicide bombers, eight have been identified by the Criminal Investigation Department (CID), Police Spokesman Ruwan Gunasekara said. The ninth bomber was confirmed as the wife of one of the suicide bombers, he said.

The state minister of defence Ruwan Wijewardena said the multiple bomb attacks were carried out not by the National Tawheed Jamath (NTJ) but by its splinter group. Sri Lanka’s government had earlier blamed the blasts on the NTJ.

Wijewardena told reporters that the members of the group had differences and the final attack was carried out by a group that left the main NTJ.

The Islamic State terror group has claimed the attack, although it did not provide direct evidence of its involvement.

Wijewardena said there was no evidence at present whether the splinter group had any foreign connections.

He said the death toll has jumped to 359 on Wednesday, up from a previous count of 321 people. Nearly 500 people have been injured in the attack.

Sixty people have been arrested for possible links to the multiple attacks carried out on Easter Sunday. Of them, 32 are in custody with the CID. All of those arrested are of Sri Lankan nationality, Gunasekara said.

State defense minister Wijewardene said the majority of Sunday’s suicide bombers were from well-heeled families. They were also well-educated, including at least university graduate who had studied abroad.

“Most of them are well-educated, and come from maybe middle- or upper-middle-class. So they are financially quite independent and their families are quite stable financially,” he said.

Wijewardene said, “We believe that one of the suicide bombers studied in the UK and maybe later on did his post-graduate in Australia, before coming back to settle in Sri Lanka.”

The number of foreign nationals who have been identified as killed is 34. Additionally, 14 foreign nationals are unaccounted for at present, and could be among the unidentified victims at the Colombo Judicial Medical Officer’s mortuary, officials said.

Sixteen foreign nationals injured in the attacks are receiving treatment at the Colombo National Hospital and private hospitals in Colombo while others have been treated and discharged.

An attack on a fourth hotel on Sunday was foiled, Prime Minister Ranil Wickremesinghe said on Tuesday. He also warned that more militants and explosives could still be “out there” following the attack.

But Wickremesinghe said the attacks “could not have been done just locally“.

“There had been training given and a coordination which we are not seeing earlier,” he said.

A state of emergency remains in effect to prevent further attacks. The emergency powers allow the security forces to crackdown in law and order breaches by sudden searches of property, arrests and detention of people indefinitely.

Speaking in parliament the former commander of the Army, Field Martial Sarath Fonseka said removing the police chief Pujith Jayasundera was not answer to the security lapse which had led to the attacks. The government had demanded Jayasundera’s resignation.

President Maithripala Sirisena in an address to the nation on Tuesday had said that he would effect a shuffle in the security establishment within 24 hours and it was expected that he would call for the resignation of Jayasundera.