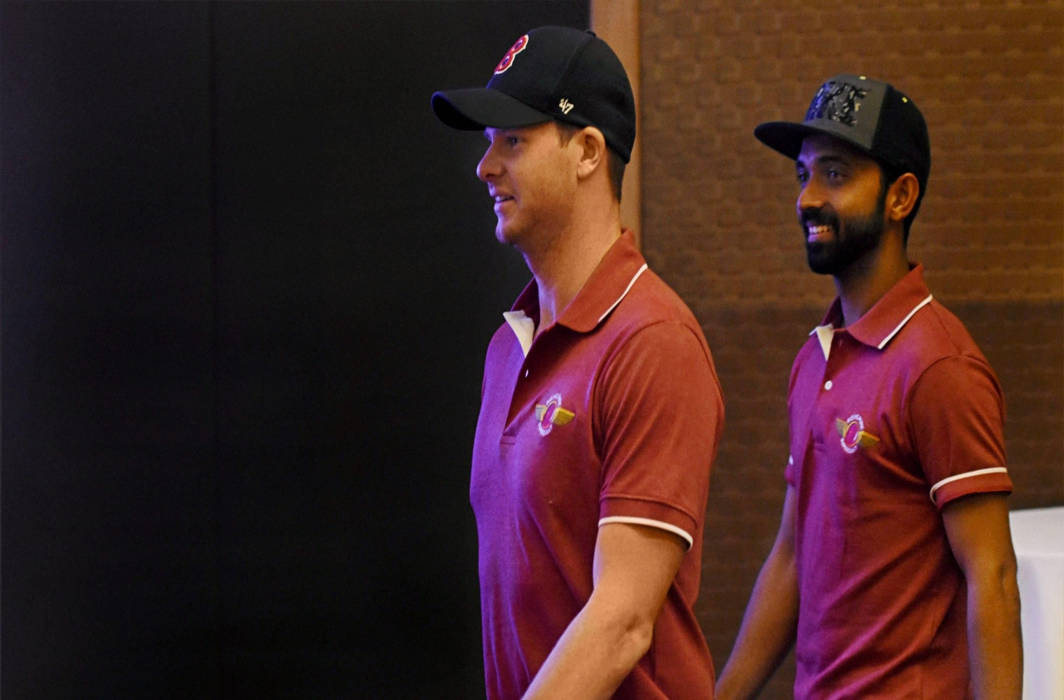 Rajasthan Royals today (Saturday, April 20) announced that captain Ajinkya Rahane will be succeeded by Steve Smith for the remaining matches of the Indian Premier League this season.

Ajinkya Rahane stepped down from the post after Rajasthan’s terrible campaign in the IPL so far. They have registered just two wins from 8 games so far.

Rahane will continue to be ‘a key voice in the side’, the Rajasthan Royals announced just minutes before their do-or-die match against Mumbai Indians at the Sawai Mansingh stadium on Saturday.

“Ajinkya is and will always be a true Royal. He led the team to the play offs in 2018 in a very challenging scenario and that will go down as one of the great comebacks of the IPL. He remains a key part of our side and leadership team and will extend support wherever required to Steve,” said Zubin Barucha, Head of Cricket for Rajasthan Royals.

“Steve is one of the most innovative and successful captains in the world, in all formats of the game. We are confident he can lead the Royals to success,” Bharucha added.

This will be Smith’s first time leading a professional cricket team since he was sacked as Australia captain last year following the ball-tampering scandal in the Cape Town Test against South Africa.

Smith was barred from the IPL last season due to his involvement in the ball-tampering controversy and was handed a one-year ban from all forms of competitive cricket by Cricket Australia, along with David Warner.

Smith was banned from captaincy for two years while Warner will never be considered for the post.

Smith had succeeded MS Dhoni as captain of Rising Pune Supergiant in 2017 and led the team to the final that season before he rejoined the Royals in 2018 after the franchise’s two-year suspension got over.