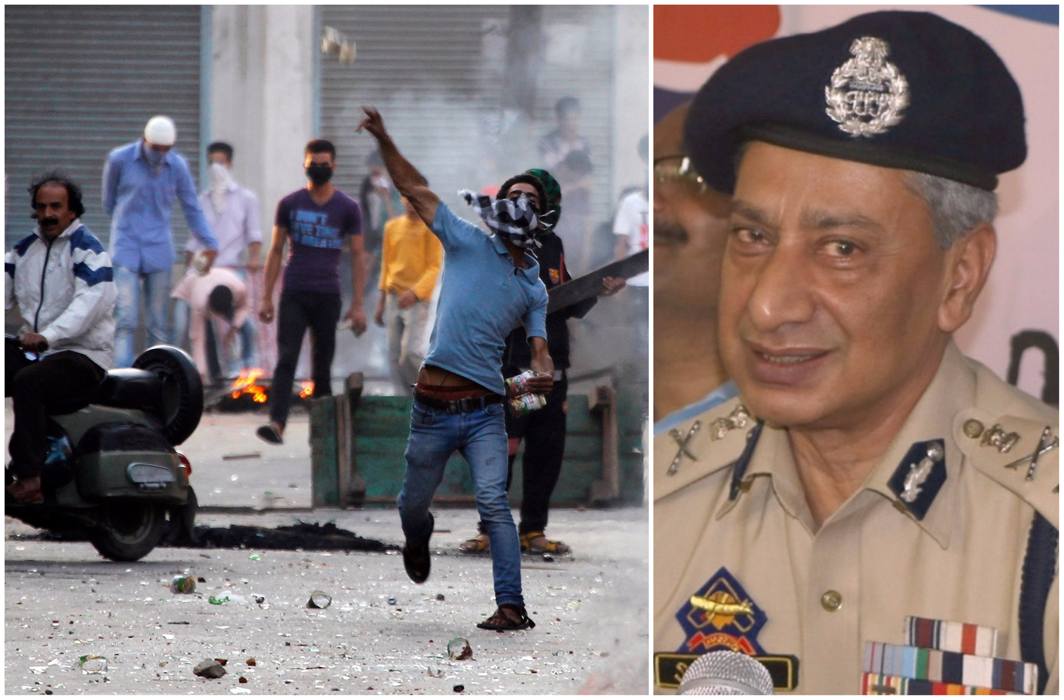 Amid continuing unrest in Jammu and Kashmir, Police Chief SP Vaid on Monday said that the stone pelting incidents in the valley have come down by 90 % compared to the last year. Crediting the people in Kashmir for the improvement in the situation, Vaid said apart from NIA raids, several other factors –including demonetization and action against top militant commanders – contributed to bring the unrest under control.

“It is a huge change. Law and order situation in Kashmir is for everybody to see, particularly those living in Kashmir or those dealing with it. It is easily understood that there is a huge improvement in the situation in Valley. There is not even a single incident taking place in the whole day. At times in the whole week, there is no incident (of stone-pelting) taking place,” added DGP Vaid.

Discussing the factors which were largely responsible for the betterment of the situation in the valley, he said, “There are many factors responsible for improvement in the law and order situation and decrease in stone pelting. The impression that NIA raids have only improved the situation…I would not agree to it. Of course, that (NIA raids) helped, but the main credit goes to the people of Kashmir, probably they have also realized the futility of this and damaging their own property and targeting police which also belongs to their own society besides the fatigue factor and action against top commanders.”

Further crediting Narendra Modi government’s implementation of demonetization policy and other factors – including the arrest of terror sympathizers and increase in political activity in Kashmir – the police chief said, “At many places, it was militancy driven. Besides the role of demonetization and many other factors, including the administrative action against instigators and slapping cases against those who were involved in sabotage peace has also contributed to it. There was no single factor responsible but all of them were instrumental in (in dip in stone-pelting and improvement in situation in Kashmir).”

“I will also give credit to resumption of political activity. Slowly political activity has picked up and that also played its role. After all political people are also playing a positive role. All these things contributed to the improvement in the situation,” added Vaid.

Days back, Indian Army Chief Bipin Rawat too asserted that the stone pelting incident in the valley has dipped to a large extent.

Addressing the media after the bicentenary celebration of the 9 Gotkha Rifles at 39 Gorkha Training Centre in Varanasi, the Army chief said, “Stone pelting incidents have come down to some extent. The Army, the Border Security Force (BSF), the Central Reserve Police Force (CRPF), the Jammu and Kashmir Police are working together in the state. Solution to this can&#39;t be achieved overnight. The government, intelligence agencies, state administration all are making efforts. Will be successful if things go in this direction, can say this with belief.”