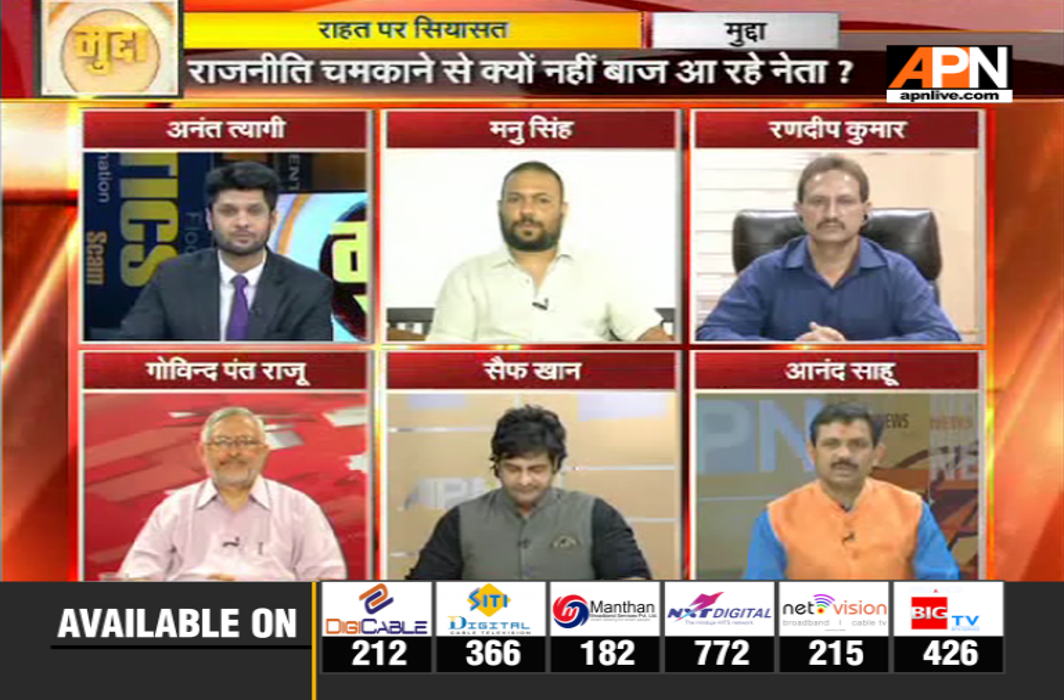 Panellists feel that mindless development and poor backwaters management are the main cause of such calamities, but national disaster label won’t automatically translate into relief and aid

Khan said: “There is no politics over Kerala floods. But when so much money goes into funding the PM’s foreign trips, refurbishing the BJP headquarters, hosting godmen at Kumbh Mela, installing images of gods and so on, why is aid for Kerala floods so late and so little? The taxpayer’s money should be used for such activities and not to refurbish the BJP headquarters or for self-promotion of the ruling party.”

Sahu said: “I express my heartfelt condolences to all those who died in the floods. PM Modi went there, the Army is there, and aid has been sent. More than money, assistance is needed right now, to get people to safer places. Let’s not get into the aid figures only for the sake of political gains.”

Raju said: “Political parties are focussed on winning polls. Ironic that even amid disaster, we are talking about which state, governed by which party, gave how much aid, and so on. “

Khan said: “We are not trivialising the issue. Food sent is far less than what is needed.”

Kumar said: “Rescue teams have been there day and night saving lives. The Navy, Air Force and the Army have all helped. Today the situation is better, and the focus is shifting to rehab. The NDRF is a specialised rescue force. There is nothing wrong with the action taken by rescue teams.”

Anant wanted to know why the Congress representative is complaining.

Singh said: “You may send crores in aid, but distribution will take time. It is to be noted that the floods in Uttarakhand, J&K and Kerala are man-made disasters.”

Kumar said: “There are a lot of hurdles and bottlenecks. Please see that the relief camps have been organised very well.”

Raju said: “The Chennai floods of 2015 were manmade, and happened due to the mindless pace of development. Backwaters management is Kerala’s lifeline. No doubt the biggest reason for this is global warming.”

Khan said: “The exact loss of life and property is yet to be ascertained. The Congress wants it to be declared a national disaster.”

Anant asked if doing that would change the way the government is handling the crisis.