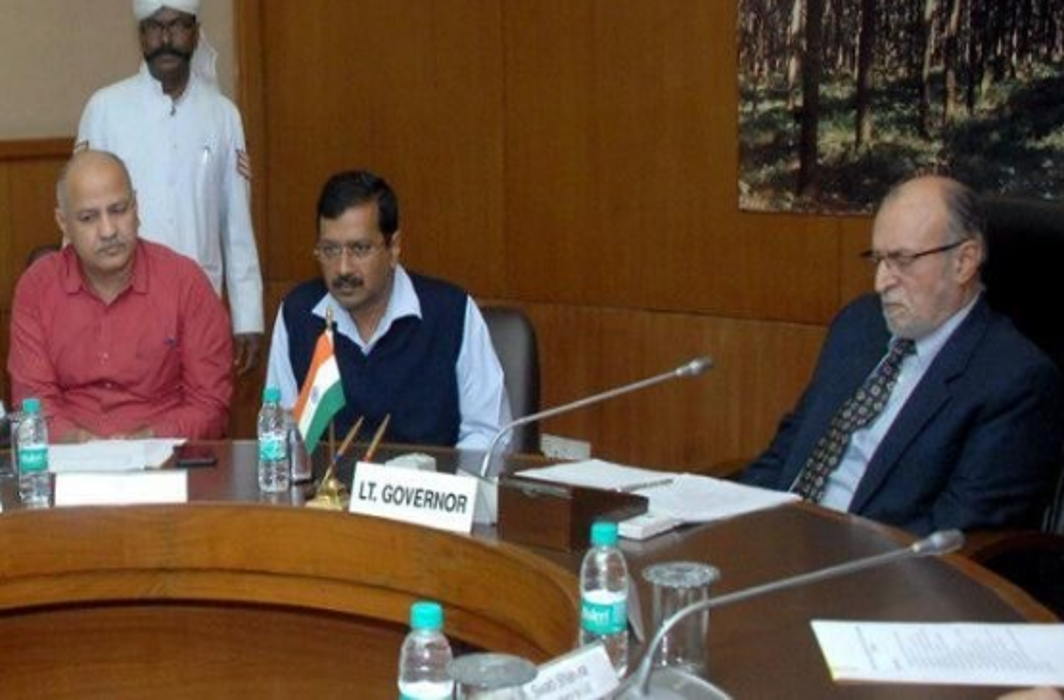 Ruling that the Lieutenant Governor of Delhi is bound to act according to the aid and advice of the Council of Ministers in all matters under its jurisdiction, a Constitution bench of the Supreme Court on Wednesday, July 4 set at rest the prolonged tussle over powers between the Aam Aadmi Party (AAP) and the Lieutenant Governor of Delhi that saw the latter revoking several decisions of the Arvind Kejriwal-led AAP government.

The judgment pronounced in the court by Chief Justice Dipak Misra also held that the LG cannot act as an “obstructionist”. Two other judges, Justices AK Sikri and AM Khanwilkar, concurred with the verdict.

The top court made it clear that except for anything related to land, police and public order, the Lt Governor has no independent decision-making powers under the constitution.

“The Lt Governor is an administrator in a limited sense and is not the Governor. He is bound by the advice of cabinet advice in matters other than those exempted,” the court said.

The court said: “The states should enjoy freedom without unsolicited interference from the centre…popular will cannot be allowed to lose its purpose.”

“Our constitution is constructive in nature, with no room for autonomy,” said the bench.

The reasons listed by the bench were unambiguous. In its order the bench said the Lieutenant Governor cannot act mechanically by referring every Executive decision taken by the state’s council of ministers to the President of India. The court made it clear that while the LG enjoys the powers of an administrator, he must “work on the aid and advice of the council of ministers.”

The SC said: “All decisions of council of ministers must be communicated to the L-G, but that doesn’t mean concurrence of the L-G is required.”

The bench also observed that “A pragmatic orientation must be exhibited by the centre and the state.”

However, the bench drew the line at statehood. It said: “The NCT can never achieve the status of a state.”

Having said that, the court also added that the “Lt Governor has limited power, merely as that of an administrator.

About other nitty gritties, the  bench ordered: “The matter will be listed before the appropriate bench for further hearing as the bench has resolved the main issue.”

Earlier, Arvind Kejriwal and three of his cabinet colleagues staged a sit-in protest in the L-G office in June. They were protesting against an alleged delay in approval of key policies of the AAP government by L-G Anil Baijal and a “strike” by the civil servants. Kejriwal has launched a fresh “full statehood for Delhi” campaign with the objective of sending a petition to the Narendra Modi government after securing signatures of 10 lakh residents of the city.

The Delhi High Court had upheld the primacy of the Lieutenant Governor in Delhi in a 2016 ruling. The Kejriwal government moved the Supreme Court against the Delhi High Court judgment. The Supreme Court reserved its verdict in the case in December last year. The impending judgment is likely to settle the dispute over separation of powers between the local elected government and the Centre.

The Kejriwal government fielded a galaxy of senior lawyers including P Chidambaram and Indira Jaising to present its case in the Supreme Court. Additional Solicitor General Maninder Singh has argued for the Centre in the matter.

During the course of the hearing last year, the Supreme Court bench had once observed that it would restrict itself to examining the status of the national capital under the Constitution and lay down a set of principles to govern Delhi. It had refused to get into the issues arising out of Delhi government’s decisions and notifications related to regularisation of guest teachers and AAP’s pet programme mohalla clinics.

The judgment came as a major victory for Kejriwal and AAP who have been, for the past three years, engaged in a bitter battle with the LG office and the Centre, alleging that successive Lieutenant Governors (first Najeeb Jung and now Baijal) had been creating roadblocks in the functioning of the state’s executive under instructions from the Narendra Modi-led NDA government at the Centre.

The BJP and Congress, which have been talking about limited powers of elected government in Delhi and the supremacy of LG, tried to claim the SC verdict justified their stand.

While the SC order cited Constituional provisions to restrict the LG’s authority, BJP’s Delhi unit chief Manoj Tiwari chose to target Arvind Kejriwal saying that he can longer rule in anarchy. “Start following the constitution and work for the betterment of Delhiites,” he wrote on Twitter.

BJP spokesperson Nalin Kohli also slammed AAP for terming SC verdict as a “victory” for their party. Adding that the main demand if statehood has been rejected by the Centre, Kohli said, “Don’t understand how Delhi govt is claiming this to be a victory? Their main plank was that this is a state whereas Court has unequivocally said its not a state. They said they had exclusive executive control that was rejected too. This is a UT, Centre has a role to play.”

“We welcome the SC verdict. The Delhi government should have been following the law even without the order of the court. We hope, they will do so after the judgement,” BJP MLA and Leader of Opposition in the Delhi Assembly Vijender Gupta said.

Former chief minister of Delhi Sheila Dixit said what the Supreme Court has done is to reiterate the role of LG and Delhi government.

I think what SC has said is very clear. As per Article 239 (AA) of the Constitution, Delhi is not a state,it is a UT.If Delhi Govt&LG don't work together then Delhi will face problems. Congress ruled Delhi for 15 years, no conflict took place then: Sheila Dikshit, Former Delhi CM pic.twitter.com/UhRLmovOKN

“As per Article 239 (AA) of the Constitution, Delhi is not a state, it is a Union Territory. If Delhi Government and LG don’t work together then Delhi will face problems. Congress ruled Delhi for 15 years, no conflict took place then,” ANI quoted Dikshit.