Home Latest india news Supreme Court to Delhi LG: You say you have powers, you are... 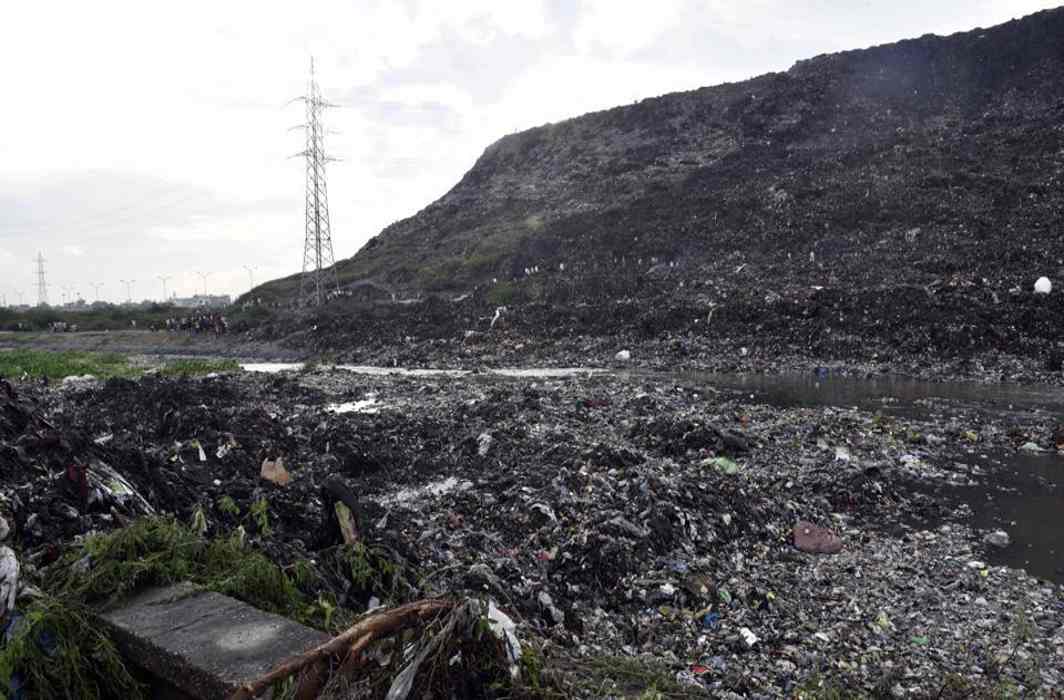 Claiming to be Delhi’s de facto ruler with all powers put Delhi Lt Governor Anil Baijal in the Supreme Court’s line of fire on Thursday, July 12, with the top court slamming him for not doing anything to rid the city of mountains of garbage.

The LG had told the SC that garbage disposal in the city was the job of the civic body and he was in charge of monitoring it. The SC, which is looking into the solid waste management issue across the country, had asked who was responsible for the “mountains of garbage” that were slowly burying the city, the Centre or the Delhi government.

“You (the Lieutenant Governor) say ‘I have power, I am a Superman’. But you don’t do anything,” the judges said after amicus curiae Colin Gonsalves said no one from the LG office has attended any meeting on the clean-up at three main landfill sites of Delhi at Gazipur, Okhla and Bhalaswa.

The court said the LG had the power to clear the mess but was not exercising it. In what is likely to be seen as a further boost for Delhi Chief Minister Arvind Kejriwal, the court said the CM cannot be blamed.

“You can’t drag the CM into this because LG has said he has the authority. It seems he (LG) thinks everything is honky dory,” the bench told Additional Solicitor General Pinky Anand who was arguing the matter.

“He (LG) says he has the power, but he won’t exercise it. How many directions has he issued? How long will you take to clear this mess?” the court asked on Thursday.

“You say the corporations are answerable to you,” the court said. “Tell us within how much time will you clear the sites. Why should the corporations be asked? You are the LG. You should have found out by now.”

Additional Solicitor General Pinky Anand refused to commit to a timeline to clean the garbage, the Hindustan Times reported. She told the court she will revert after getting instructions.

While the Aam Aadmi Party leads the government in Delhi, all the civic bodies are under the control of the Bharatiya Janata Party. In the last few years, there have been several instances of sanitation workers going on strike for long periods to protest against unpaid wages among other things. AAP leaders have blamed the BJP-led municipal corporations for the garbage problem while the BJP has accused the Delhi government of “playing politics” and not releasing funds.

The court’s rebuke comes days after Delhi Chief Minister Arvind Kejriwal had accused the LG of fueling what he called a strike by the IAS officers of Delhi to hobble the elected government. The officers, he said were repeatedly skipping meetings chaired by ministers, severely affecting administration. The matter was partly solved with a judgment from the top court, which said the centre’s representative in Delhi has control only over land, police and public order.

In March, the top court had said that the day is not far when garbage mounds at the Ghazipur landfill will compete with the height of 73-metre-high Qutab Minar and red beacon lights will have to be used to ward off aircraft flying over it.

“There is no change in the ground level from 2015 since we started monitoring the case. Another three years will go,” said a bench of Justices Justices Madan B Lokur and Deepak Gupta.

This comes two days after the apex court said that Delhi was getting buried under garbage while Mumbai was sinking underwater in the monsoon. The government, the SC said, was doing nothing. “You see, Delhi is getting buried under mountain loads of garbage and Mumbai is sinking. But yet, the government does not do anything. When the courts intervene, we are attacked for judicial activism. We are given lectures on separation of powers and encroachment of jurisdiction,” it said.

The bench was annoyed after it was informed that around 13 states and several Union Territories have not yet formulated their policy for a solid waste management strategy. The top court slapped a fine of Rs one lakh each on Bihar, Chhattisgarh, Goa, Himachal Pradesh, Jammu and Kashmir, West Bengal, Kerala, Karnataka, Meghalaya, Punjab, Lakshadweep, and Puducherry for not filing the affidavit despite earlier directions. The bench also slapped a fine of Rs two lakh each on “remaining defaulting states/UTs” whose lawyers were also not present in the courtroom during the hearing, without naming these states.