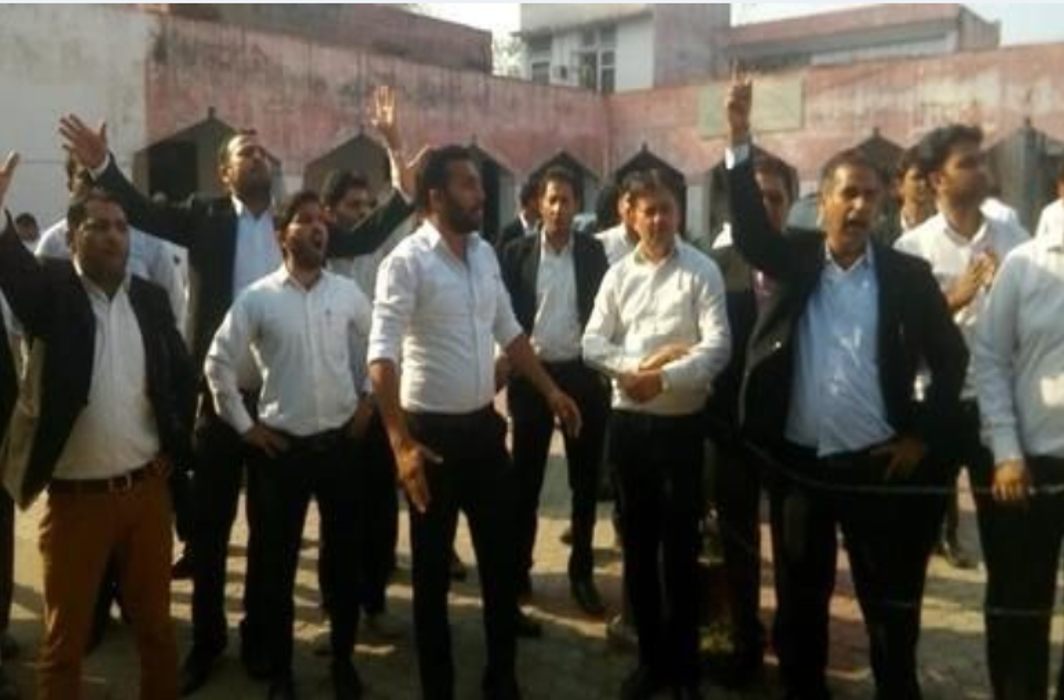 Reacting to a petition submitted by a group of lawyers of the court, the Supreme Court on Friday, April 14, decided to examine, of its own accord, the case of horrific rape and murder of an 8-year-old nomadic girl in the Kathua region of Jammu and sent a notice to the Bar Council of Jammu and Kashmir for preventing the Crime Branch from filing the chargesheet against the rape accused.

The court’s action comes following the petition, which demanded action against the lawyers who obstructed court proceedings in the case.

The SC has asked a reply to its notices by April 19 and said it is impermissible under law and ethics to prevent the filing of a chargesheet or oppose the representation of the victim’s family by a lawyer.

The SC bench said: “Lawyers can’t interfere with the work of the court. At any time the Association can’t stop any lawyer from appearing for the victim or the accused.”

During the hearing the CJI said that according to law, no lawyer or association should stop any lawyer from appearing for the victim or accused. If this is done by anybody, then this legal process will have to be interrupted.

In the morning, the case was mentioned before the bench. However, the bench told the counsel to bring something on record so that something could be done.

The civil writ petition filed by the group of lawyers says:

“Petitioners herein are shocked to see the media reports indicating that when the local police tried to file charge sheet on Monday against seven of eight accused in the murder and rape of eight year girl child, several lawyers of the Bar Association of the learned Magistrate Court protested outside the Court and tried to stop the Crime Branch from filing charge sheet in the matter.

“… That it has also come in the media report that the family of the victim as well as the counsel who is conducting the case on behalf of the victim has been openly threatened by the accused persons. That such incident is a severe jolt to a system which is based on the rule of law and believes in equality before law and equal protection of law in equal circumstances,” the petition says, with a “prayer to issue notice to the Bar Association of Jammu & Kashmir High Court, Bar Council of J&K and Police Commissioner State of Jammu and Kashmir and direct him to submit a detailed report on the matter.

“The petitioners also seek a direction on the Jammu and Kashmir State Bar Association not to obstruct in the ordinary course of justice and take law in their hands for their narrow political gains.”

It further says: “That the instant petition may kindly, be taken on board and suo moto action may kindly taken in the matter and the State of Jammu and Kashmir may be directed to file a detailed report in the matter as urgently as possible. The Counsel appearing on behalf of the Victim Family may kindly be accorded adequate and urgent protection and also be permitted to file a report before this Hon’ble Court.”