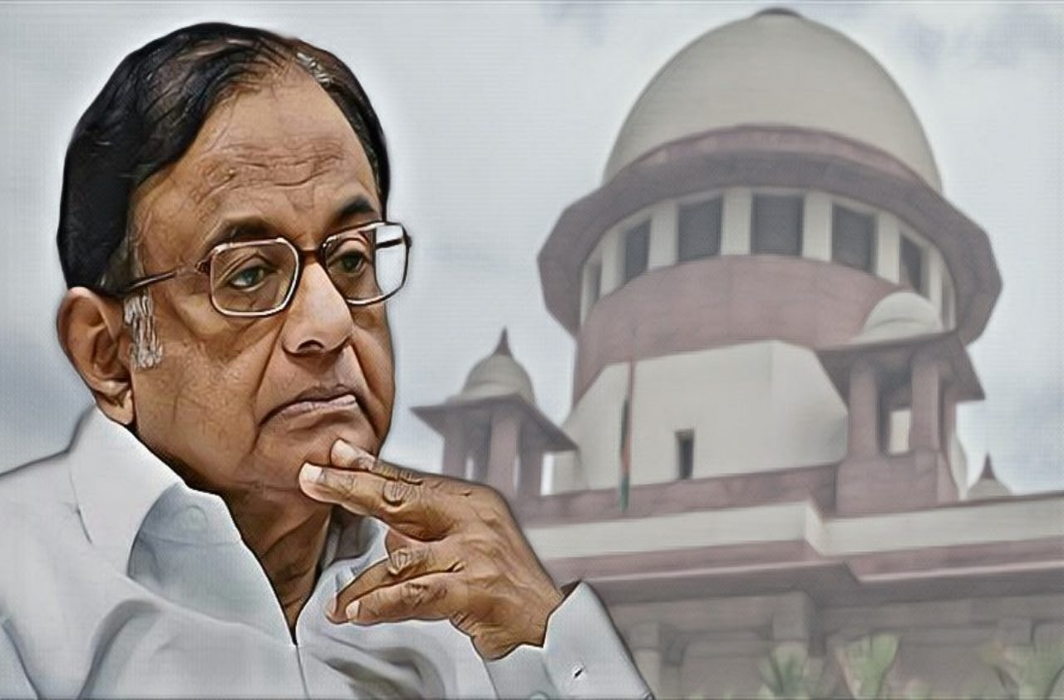 Congress leader and former Union Finance Minister P Chidambaram got little real relief from Supreme Court today (Friday, Aug 23) as all got was interim protection from arrest by the Enforcement Directorate in the INX Media case till Aug 26.

Till then, Chidambaram will continue to be in CBI custody as the apex court did not intervene in the CBI case.

A bench comprising Justices R Banumathi and AS Bopanna has scheduled the next hearing for Monday, August 26. On that day, the apex court will also hear Chidambaram’s plea for anticipatory bail in the case filed by CBI as well as his petition challenging order remanding him to CBI custody.

The apex court was hearing two separate petitions filed by Chidambaram challenging the Delhi High Court August 20 verdict by which his anticipatory bail was dismissed in the cases registered by both the CBI and the ED.

In the CBI case, a special court on Thursday sent Chidambaram for custodial interrogation after he was arrested on the night of August 21.

Chidambaram, who was Union Home Minister and also Finance Minister during the UPA rule from 2004 to 2014, was arrested on Wednesday night after he failed to get protection from the Supreme Court, which did not list for an urgent hearing his appeal against the Delhi High Court verdict dismissing his anticipatory bail plea on Tuesday.

At the very outset in the hearing at SC today, Solicitor General Tushar Mehta, who appeared for the CBI and ED, submitted that the plea for anticipatory bail on the CBI matter had become infructuous since Chidambaram had already been arrested.

Senior Advocate Kapil Sibal, representing Chidambaram, argued that the fundamental rights under Article 21 have been violated. Contending that he still has the right to be heard, he said the matter for anticipatory bail was mentioned on Wednesday and just because it could not be taken up, the CBI arrested Chidambaram in the evening.

Sibal said the special leave petition challenging the order was ready and pleaded for the matters to be listed for Monday.

On the plea against ED, Sibal claimed that the Delhi High Court’s single judge had copy-pasted verbal arguments/notes of the respondents as observation in its order. This clearly showed his bias in the case, Sibal added.

Mehta argued that custodial interrogation was necessary for Chidambaram as he had been evasive and avoiding questions using his “mental faculties, grasp of legal and political knowledge”.

“Given the background and mental faculties, we will never be able to investigate properly if there is a protective umbrella of anticipatory bail. This is why we need custodial interrogation,” said Mehta. Abhishek Manu Singhvi, also appearing for Chidambaram, said, “How can the HC judge refer to Aircel Maxis case when he was hearing only the INX Media case?” Singhvi added that interim protection was already granted in the other case and it had no relation to the INX Media case.

Mehta said, “Hue and cry is being made.. Political vendetta is being raised but I will give evidence to show why we need custodial interrogation.”

“We have electronic evidence, emails exchanges to trace route of illicit, illegal transfer or money. Shell companies were created by those having close connection with P Chidambaram and the money was laundered through these companies,” Mehta said.

The apex court division bench, reported LiveMint, said that they are inclined to continue Chidambaram’s his interim protection in the ED case since he had interim protection before as well and it isn’t the case of the respondents that he didn’t join investigation.

Opposing this, Mehta said, as of now, Chidambaram is already in custody of the CBI hence cannot be arrested.

Mehta persistently argued for the case diary to be pursued by the Supreme Court bench and pass an order on Monday on the basis of that. He tried giving the case diary in a sealed envelope to the Judge. The same diary was given to the CBI judge who passed the order for custodial interrogation on Thursday evening. The bench, however, refused to accept the case diary.

The court also recorded in its order that Chidambaram had always been on bail and he had been cooperating in the investigation in the ED matter.

The CBI registered an FIR on May 15, 2017, alleging irregularities in the Foreign Investment Promotion Board (FIPB) clearance granted to the INX Media group for receiving overseas funds of Rs 305 crore in 2007 during Mr. Chidambaram’s tenure as the Finance Minister. Thereafter, the ED lodged a money laundering case in this regard in 2018.