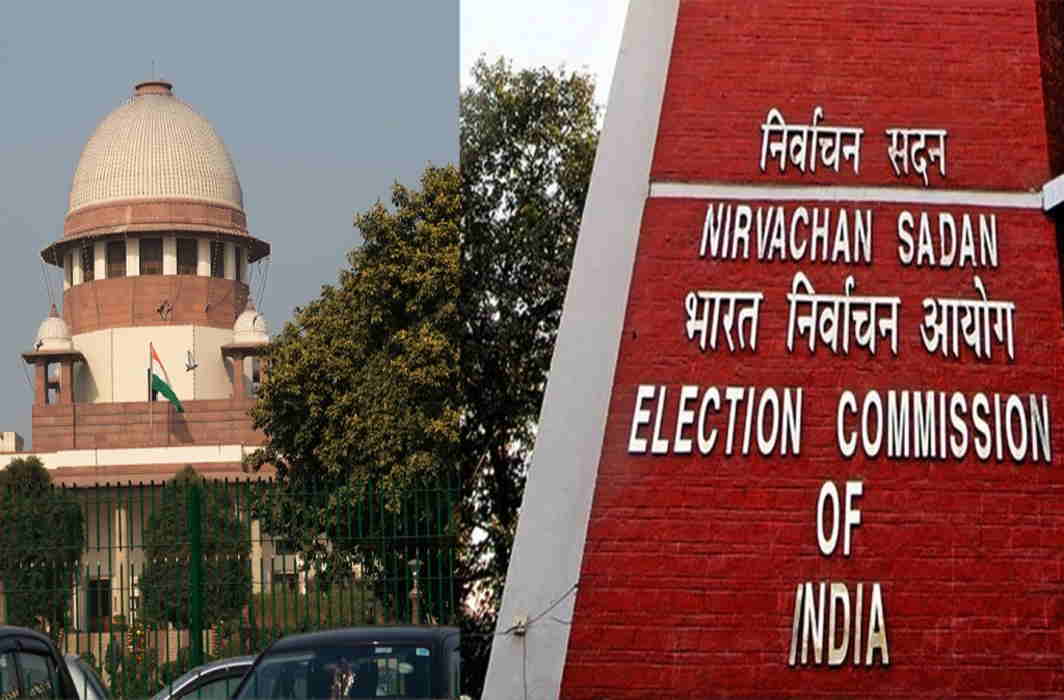 A vacation bench of Justices Deepak Gupta and Surya Kant sought a response from the EC by June 24 and listed the matter for hearing on June 25. The elections are scheduled on July 5.

The bench, according to media reports, said, “It is not an issue which can be taken up through an election petition and therefore, requires to be heard.”

The petition was filed by Gujarat Leader of Opposition Pareshbhai Dhanani who has prayed for a direction to the ECI to hold simultaneous polls for filling of Rajya Sabha vacancies in all States, including Gujarat. He has also prayed for quashing the June 15 notice of the ECI.

The two Rajya Sabha seats from Gujarat fell vacant after Shah and Irani were elected to the Lok Sabha from the Gandhinagar and Amethi constituencies respectively. Their terms were to end in August 2023. Both the leaders took oath as members of the Lok Sabha on Monday.

The poll panel, in a statement on June 15, had declared that the election for both the Rajya Sabha seats will be held on July 5. It clarified that the by-polls to all Houses, including Rajya Sabha, are considered “separate vacancies” and separate notifications are issued and separate polls are held, though the schedule can be the same.

The EC notice of June 15 terms the vacancies created due to the election of Amit Shah and Smriti Irani to the Lok Sabha after the General elections as “casual vacancies”. This, the petition says, is “complete and direct violation of the provisions of Representation of People Act.” Such vacancies fall under the category of Statutory vacancies under Section 69 of the Representation of People Act, contends Dhanani in his petition.

The reason for Congress opposing EC decision is that it separate elections held for each vacancy would lead to the victory of the candidate from the party commanding simple majority in the State Legislature. Dhanani’s petition contends that this would upset the scheme of proportional representation as required under the RP Act.

Various representations in this regard made by the petitioner before the ECI led to no relief and this “lack of appropriate action” is indicative of “complete absence of justice”, the petitioner contends.

Senior advocate Vivek Tankha, appearing for the Gujarat Congress, said there were judgments of the Delhi High court which were in their favour.

To this, the bench said, “We are not saying anything for now. We need to decide whether it is a casual vacancy or a statutory vacancy. This matter requires hearing.”