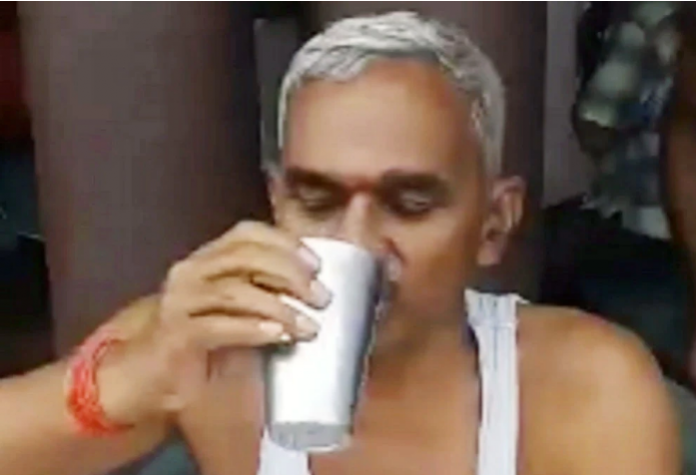 Samajwadi Party chief Akhilesh Yadav is following Aurangzeb’s footsteps, Sonia Gandhi lacks Indian civilization and culture, and West Bengal Chief Minister Mamata Banejee is Lankini, a demoness from the Ramayana, all three are about to end as the country has got Narendra Modi in the form of Lord Ram and Yogi Adityanath in the form of Hanuman.

This is not a pravachan but a comment of great political significance by a BJP MLA Surendra Singh who was speaking to the reporters at Bairia Dunk Bungalow on Thursday. Singh is an MLA from Bairia constituency of Ballia district.

Speaking to the reporters, the BJP lawmaker had attacked the Trinamool Congress chief over post-poll violence in West Bengal saying hundreds of people were killed in the state to capture the power again. Calling Banerjee a Polical Lankini, he said that Modi-Yogi will destroy Mamata Banerjee.

While claiming that Akhilesh Yadav follows the culture of Aurangzeb, the BJP MLA said Yadav has become the president of the Samajwadi Party by forcibly removing his father from the post of president and also removed his uncle, Shivpal Yadav, from party posts.

After usurping the throne from his father Shahjahan, Aurangzeb had imprisoned him in Agra, he said.

Tensions in the Yadav camp escalated in 2017 after the party was decimated in the state Assembly elections and there was a time when Mulayam Singh was mulling to form his own party. Later, the SP patriarch said that he would not float a new political party.

In 2003, hundreds of Yadav’s were murdered by Muslims in Mau, but not even a single Samajwadi leader approached to Yadav’s to express condolences because Muslims would get angry after this.

Stressing on the BJP’s vision of Sabka Saath, Sabka Vikas, Sabka Vishwas, the MLA said the party is working on the agenda of people’s welfare and the country’s interest. Today all parties have become dwarf in front of BJP.

The MLA said the RSS will be completed its 100 years in 2024, after which India will be declared as the Hindu Rashtra in 2024.

In other India News, After a long wait, the CBSE announced the Class 12 board results with no merit list of toppers due to the pandemic and change in assessment criteria.