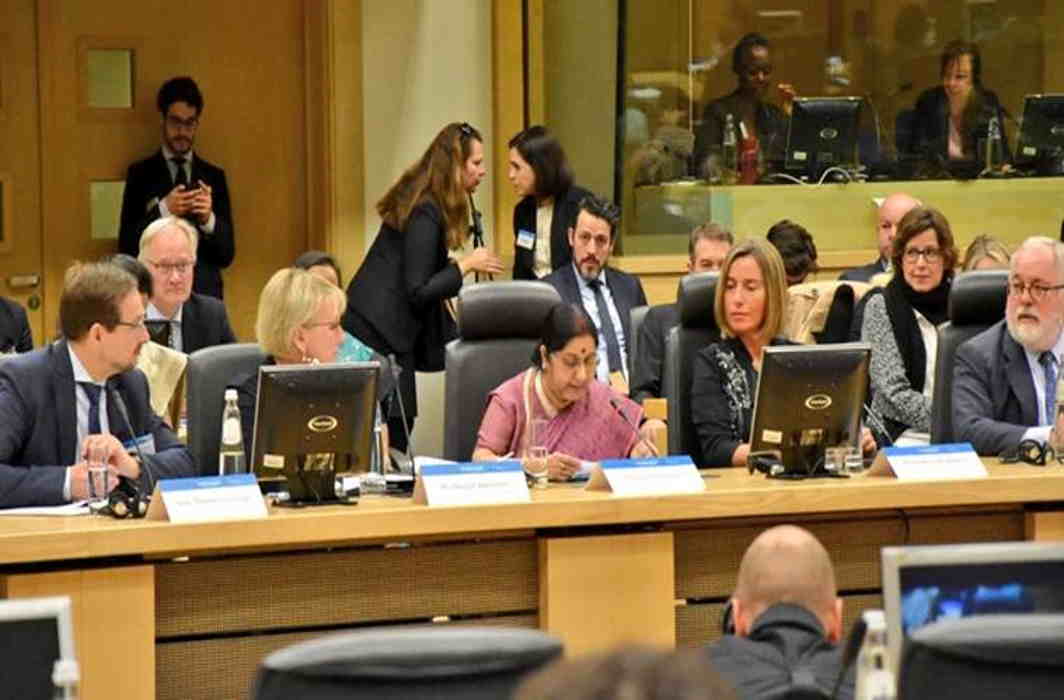 External Affairs Minister Sushma Swaraj has met High Representative of the European Union for Foreign Affairs and Security Policy Federica Mogherini on Friday in Brussels and held “excellent” discussions on a range of issues including security, trade and investment  and reviewed keeping Iran nuclear deal on the last leg of her four-nation tour in Belgium.

According to agency reports Swaraj arrived in Belgium on Wednesday from Luxembourg on the last leg of her four-nation tour. She has also visited France and Italy during the trip.

Raveesh Kumar, spokesperson of Ministry of External Affairs said on his tweet, “EAM Sushma Swaraj met with the EU high representative Federica Mogherini. Excellent discussions on maximising full potential of India-EU strategic partnership: including implementation of the decisions taken at the previous India-EU Summit in 2017.”

It further said, “They also addressed developments in their respective neighbourhoods, such as the situation of the Rohingya, Afghanistan, the Maldives, the importance of preserving the JCPOA [Joint Comprehensive Plan of Action] with Iran, as well as the ongoing diplomatic work for the denuclearization of the Korean Peninsula.”

During her stay in Belgium, External Affairs Minister Sushma Swaraj has held wide ranging discussions with the EU leadership to strengthen India-EU strategic partnership. India and the EU have been strategic partners since 2004.

According to available information, the 28-nation bloc is India’s largest regional trading partner with bilateral trade in goods standing at $88 billion in 2016.

India received around $83 bn of foreign direct investment from Europe between 2000 and 2017, which is approximately 24 per cent of the total FDI into the country during the period.