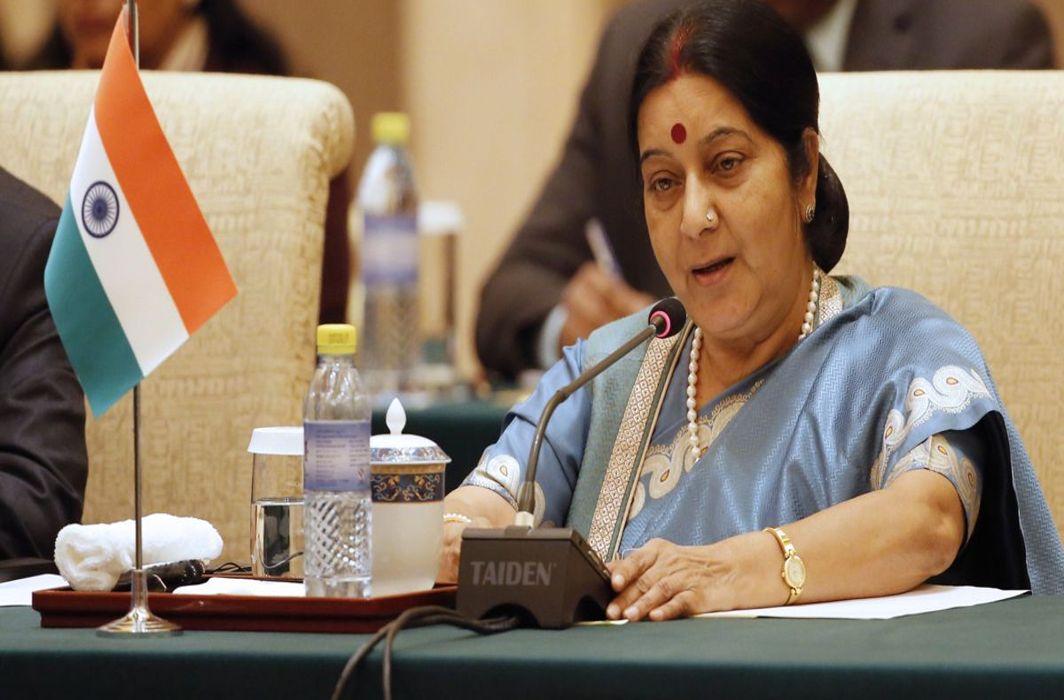 Will participate in a landmark cultural festival in Riyadh

External Affairs Minister Sushma Swaraj has left on her first official visit to Saudi Arabia on Tuesday. During her two day sojourn she will meet with the Saudi leadership and discuss bilateral, regional and global issues of mutual interest.

Minister of External Affairs will participate in the inauguration of the Janadriyah national and cultural festival in Riyadh on Wednesday. India is participating in the most popular and prestigious festival as Guest of Honour country for the first time.

EAM @SushmaSwaraj emplanes on her first-ever visit to Saudi Arabia. During the visit, she will meet with the Saudi leadership and participate at the inauguration of the prestigious ‘Janadriyah’ festival being held in Saudi Arabia, at which India is the guest of honour country. pic.twitter.com/SNTllPV4nH

Saudi Arabia is the fourth largest trading partner for India with bilateral trade exceeding USD 25 billion in 2016-17. Being the largest supplier of crude oil,  Saudi Arabia accounts for about 20 percent of India’s total annual imports.

During interaction with media persons, Gen V. K. Singh had reportedly said “we greatly value our close and deep rooted civilizational and strategic relationship with the Kingdom of Saudi Arabia”.

Indian pavilion in the festival will project a number of themes and projects comprising glimpses of traditional and modern India. There will be displays and representations by various Ministries and Departments including Ordnance Factories Board, ISRO, Ministry of AYUSH, India Tourism Board, Ministries of Shipping, Textiles and Food Processing Industries. Moreover, Handicraft Promotion Council, Skill Development, Digital India and Make in India will also be introduced during the festival.

A number of Indian companies, including L & T, Tata Motors, Lulu Group, TCIL, Al Abeer Medical Group, ITL Group, Jet Airways and several others are putting up their stalls in the Indian pavilion. Nine Indian cultural troupes will present their performances during the festival.

Saudi Arabia hosts 3.2 million strong Indian community. Their positive and well-appreciated contribution in the development of the Kingdom’s economy has been an important element in the bilateral relations.