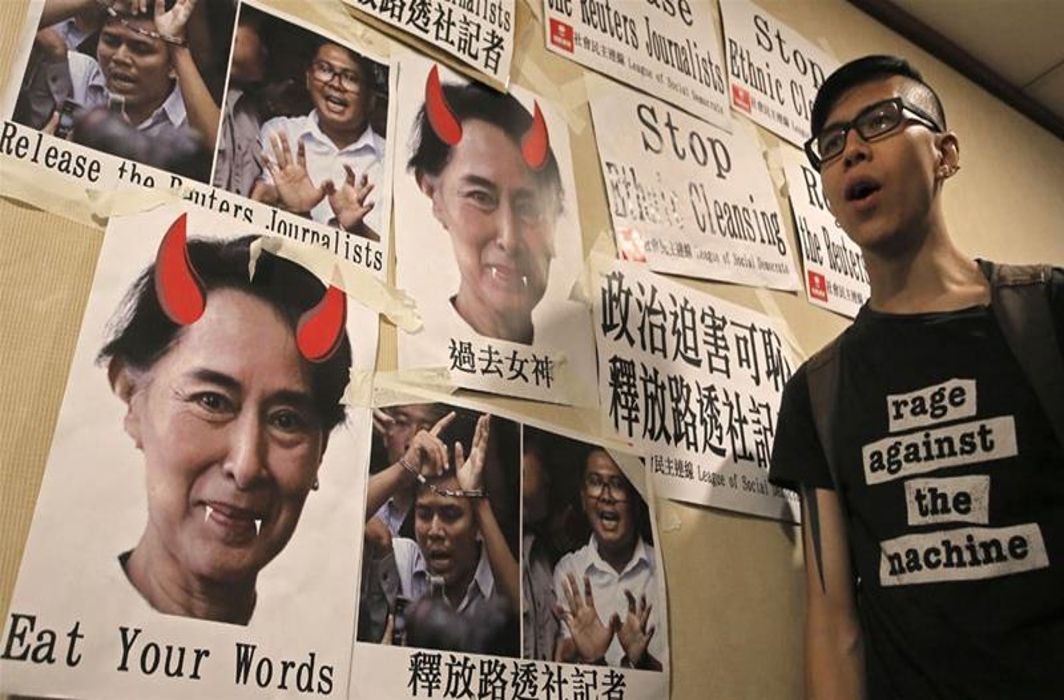 On Thursday, Myanmar’s de facto leader Aung San Suu Kyi vigorously defended the jailing of two Reuters journalists who were reporting on the Rohingya crisis saying that the duo had violated the official secrets act.

Facing ire on unprecedented violence and intimidation against Rohingya Muslims forcing them to flee to Bangladesh and other countries, Naypyidaw has now been trying to justify the imprisonment of two Reuters journalists for  reporting the crisis.

Suu Kyi hit back at global criticism of the journalists’ trial widely seen as an attempt to muzzle the free press saying, “They were not jailed because they were journalists” but because “the court has decided that they had broken the Official Secrets Act”.

Aung San Suu Kyi, who lost her positive image being the Noble Peace Prize Laureate, acknowledged that the brutal crackdown on the Muslim minority,  which the UN has cast as “genocide”,  could have been “handled better”, but insisted the two reporters had been treated fairly.

Reuters journalists, Wa Lone, 32, and Kyaw Soe Oo, 28, were each imprisoned for seven years last week for breaching the country’s draconian Official Secrets Act while reporting on atrocities committed during the military crackdown in Rakhine state.

International media has also exerted pressure on the de-facto leader Suu Kyi to use her moral force inside Myanmar to defend the two journalists.

She has challenged the critics of the verdict, including the UN, rights groups and the US Vice President Mike Pence, to “point out” where there has been a miscarriage of justice, Suu Kyi said the case upheld the rule of law.

While discussing the issue at a discussion at  the World Economic Forum (WEF), she said, “The case was held in open court… I don’t think anybody has bothered to read the summary of the judge,” adding the duo still had the right to appeal.

A UN fact-finding panel has called for Myanmar army chief Min Aung Hlaing and several other top generals to be prosecuted for genocide. The International Criminal Court (ICC) has said it has jurisdiction to open an investigation, even though Myanmar is not a member of the tribunal.

Myanmar does not want its Rohingya back as the country denies them citizenship while the Buddhist-majority public falsely labels them as “Bengalis”.