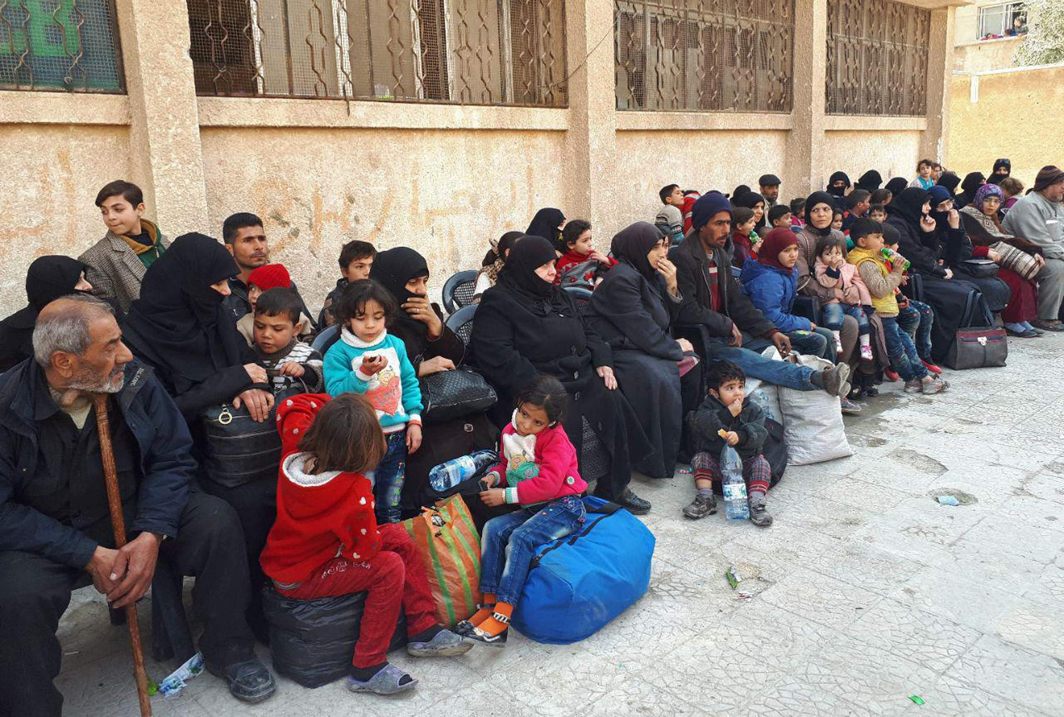 The ongoing struggle in Syria is once again marked with allegations and denials of using chemical weapons during operations in the rebel held Douma area in Eastern Ghouta on Saturday. The US-Israel-Saudi Arabian media alleged for the chemical weapon attack on civilians while Syria and Russia have officially denied the allegations.

However, Syrian state news agency SANA cited an “official source” who denied the allegation, saying reports were a “blatant attempt to hinder the army’s advance” into what it described as a “collapsing terrorist” stronghold.

The agency further said that the Syrian Arab Army “does not need to use any chemical materials as claimed by terrorists’ media affiliates.”

Meanwhile, Russia’s Defense Ministry has refuted reports on Sunday that the Syrian forces have used chemical weapons in Douma in Eastern Ghouta.

According to TASS news agency, Major General Yuri Yevtushenko, the head of the Russian Center for Reconciliation of the Warring Sides in Syria said that the allegations that a chlorine barrel bomb had been dropped in Douma by the Syrian armed forces were the work of the so-called independent non-governmental organizations, including the White Helmets, which is widely known for its fake news.

He further said “We strongly reject this information and confirm readiness after Douma is liberated from militants to send Russian specialists in radiation, chemical and biological protection to collect data to confirm that these statements are fabricated.”

The Russian official noted that the West used the allegations of chemical attacks to disrupt an operation beginning on Sunday on evacuating from Douma irreconcilable militants of the Jaish al-Islam group. On Saturday, news broke that they resumed fighting against the government forces.

Meanwhile SANA reports on Sunday morning that the terrorists of the so-called “Jaish al-Islam” seek negotiations with the Syrian state and said that the negotiations would begin within two hours.

The agency further said that the request from terrorists came after “the painful blows” they received due to the decisive military operation on their positions and hotbeds in Douma.

Syrian government has agreed to negotiate due to its “keenness to protect civilians and liberate the abductees” despite having doubts about their seriousness, the agency added.