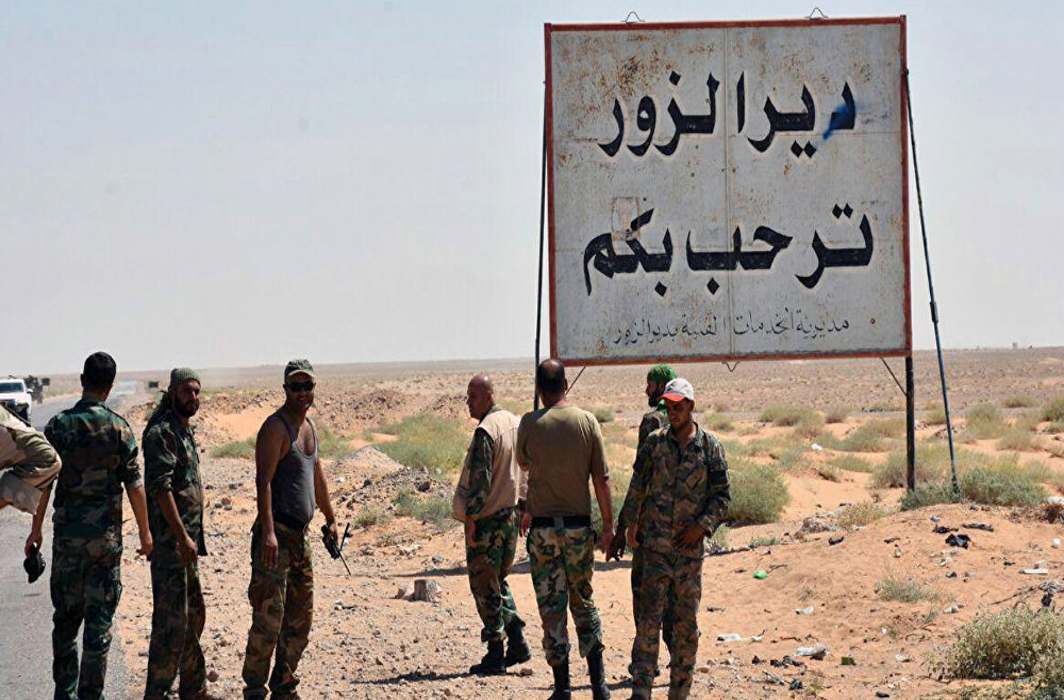 Lost Deir Ezzor in Syria and Al-Qaim in Iraq

As part of a final push to Daesh (IS) terrorists out of Syria and Iraq, the two countries along with the support of Hezbollah and Iranian advisors have succeeded in getting control of the last major towns on both sides of frontier on Friday. Russian air force is supporting Syrian operations while US has been coordinating with Iraqi authorities.

Syrian troops and Iraqi security forces advanced in the Euphrates Valley border region. The coordinated assaults on Deir Ezzor in eastern Syria and Al-Qaim in western Iraq dealt fresh blows to Daesh (IS) in its former heartland. Albu Kamal, on the Syrian side of the border remains in the hands of Daesh.

The Daesh, headed by Abu Baker al-Baghdadi, had declared a self-styled “caliphate” spanning swathes of Syria and Iraq has , in the recent months, seen multiple defeats. Daesh is the abbreviation of Arabic title- Daowlat-e-Islami fil Iraq val-Sham.

The terror group IS lost its so-called capital Raqqa last month after an assault of more than four months waged by the US-backed Syrian Democratic Forces (SDF), a Kurdish-Arab alliance. Damascus does not approve the SDF control and still considers Raqqa as an occupied territory.

On Friday, Syrian army announced that its Russian-backed assault had recaptured all of Deir Ezzor city, in the oil-rich east of the country, while Iraqi forces captured the Husaybah border post and the nearby town of Al-Qaim. Tehran had launched long range missile attack on IS hideouts in Deir Ezzor after IS attacked Iranian parliament in July this year.

Syrian army spokesman statement broadcast live on state TV said, “The army forces… restored security and stability to all of Deir Ezzor city which represents the final phase in the complete elimination of Daesh.”

The spokesman claimed that the city “was the headquarters of the organisation’s leadership, and in losing it, they lose their capacity to direct terrorist operations”.

State television said engineering units from the army were combing captured neighbourhoods to clear mines and other explosives.

The Deir Ezzor battle has been ferocious, with heavy Russian air strikes and Syrian artillery fire leaving much of the city in ruins. The Syrian forces entered the city in September.