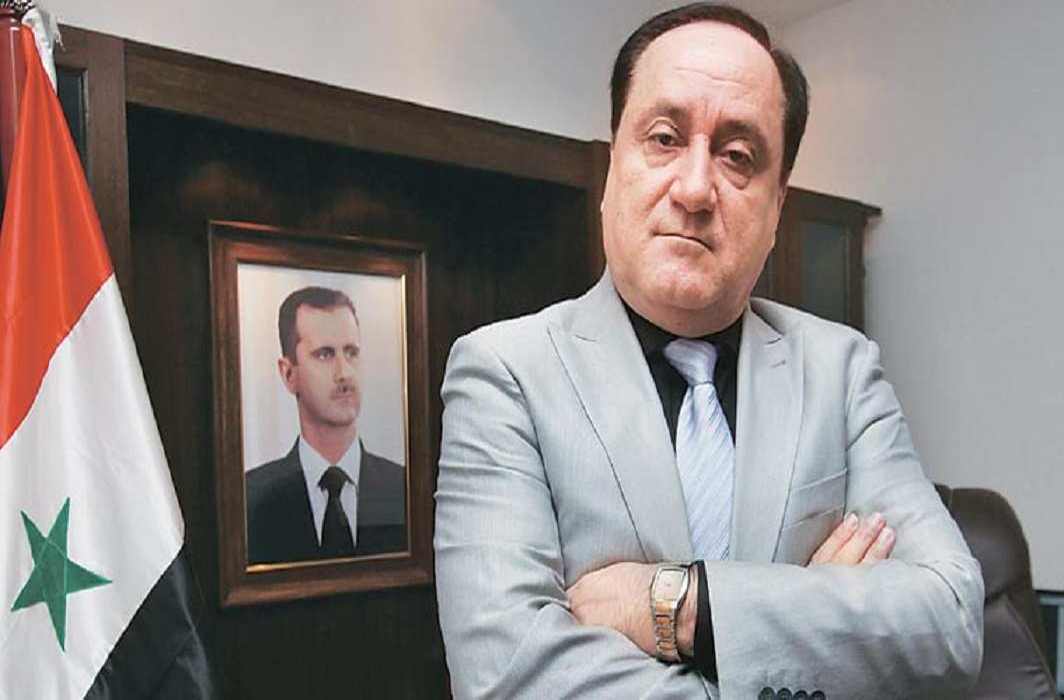 Officers from US, UK, Turkey and Israel are helping terror groups, he alleges

Syria has been engaged in war against terrorist groups including Daesh (IS) and Nusra Front for last several years. It was preceded by anti President Bashar al-Assad protests widely covered by Arab media. Syrian Army, Iranian military advisors and Hezbollah fighters along with Russian Air force have almost been successful in demolishing Daesh (IS) Caliphate in recent months. Russia has also been supportive of Syrian government at international forums to reverse the whole narrative against Damascus.

Riad Kamel Abbas, the Syrian Ambassador to India is a very active diplomat in the capital. During his years in Delhi he has successfully strengthened friendly ties with Indian government and the people.

Ambassador Riad Kamel Abbas was kind enough to accept APN’s request for an exclusive interview. During the interview he described the ground situation and unveiled the conspiracies hatched by US, Israel and Saudi Arabia against his country. Here are the excerpts:

What is the overall situation in war against terrorism in Syria?

Thank God, we have liberated 95% percent of our ground from terror groups which is under our army’s control. There are only few areas  like Al-Bukamal, parts of Raqqa and Idlib left for getting liberated. And of course there are few sleeper cells around. I am sure we will defeat them soon, may be before the end of this year.

What is the situation on Raqqa front ?

The Americans have deleted Raqqa from the map killing more than 100,000 civilians.  All the hostages in the prison were killed. Americans did not like our agencies to investigate and interrogate the people in Daesh custody.

I assure that American, British, Turkish and Israeli officers were leading the IS army on the ground that is why America sent their aircraft and take IS leaders and their officers and transported them from Syria to Myanmar, Afghanistan, Libya and other countries to create other problems. Daesh  top leader is under the American control.

US is now supporting its allies on the ground to conduct big battle against Syrian army on Iraq border. Their objective is to keep Syrian army away from their Iraqi counterparts. Their aim is to close the Syrian border with Iraq and stopping their access to Iran.

We are fighting against terrorism on behalf of the whole world. However, Iran, Russia and Hizbollah are on our side. Syrian army has taken its responsibility and is determined to liberate all Syrian territories from the enemies.

And in al-Bukamal, (near Iraq border) the city is under our army’s siege. America and their allies have been supporting the terrorists. I am sure that this area is filled with (army) officers from UK, US, Israel and important IS leaders. Some arrested IS leaders have accepted this during the interrogation.

That means Saudis follow US instructions and terror attacks were conducted by them. Even bomb blasts in America are done by their intelligence agencies to influence public opinion. Where there is American finger there is trouble in the world.

US creates problem in any country which is against American policy.  They are behind any terrorist group on earth. And they have created the problem in Myanmar.

What is Israeli role in Syria?  Recently there were Israeli airstrikes near Damascus?

Israel is behind all happenings in Arab countries. Israeli PM supports terror groups in Syria and especially on the Israeli border. All those terror groups are being helped by weapons, money and even their injured are being treated at hospitals in Tel Aviv. Their aim is to cut links between Iran and Syria.

But now time is changing. Now we are ready if Israel begins war we will respond with tough reaction. We have nothing to lose now. We have lost everything and that is the good time for us to make Israel crying and lose their infrastructure and their people in the Israeli territory. Now our army responds to every Israeli attack. And if Israel begins the war against Syria it will be the last war for Israel.

Now if war starts there will be no Israel on the map as there is consensus among Muslims because of the crazy Israeli policy in the area.

And you have seen that Hezbollah leader (Hasan Nasrullah) has recently announced that if war begins with Israel all Muslims will come for fighting  holy war against Zionists.

In 2012, American intelligence instructed to Bandar Bin Sultan, the former intelligence chief of Saudi Arabia to create sleeper cells in Myanmar. Bandar called Hafiz Taha from Myanmar for the purpose. The aim was to exert pressure on Myanmar and China. They wanted to move their focus from West Asia to East Asia for controlling mineral resources in those areas.

Is there any change in Qatar’s policy towards Syria after having trouble with Saudi Arabia?

After their trouble with Saudi Arabia Muhammed bin Jasim, former foreign minister of Qatar has recently admitted that they supported terror groups in Syria under American instructions and under the eyes of Turkish intelligence and funded by Saudi Arabia. He vindicated our position that the terror groups were not fighting for democracy. Now we don’t need to say what is happening in Syria. They are admitting themselves and accusing each other for supporting terror groups.

We will not forgive those who were involved in Syrian bloodshed. We will never forgive, maybe we forget, but never forgive.

Some people blame that your government has been involved in atrocities against majority Sunni community because of Iranian and Hezbollah influence?

This is a very sensitive issue. Generally I don’t speak on sectarian issues but I will give you an overview. Yes there are about 75% Sunnis in the country. Syria is a secular country and nobody speaks about sectarian issues. If our President is Alawite his wife is Sunni. Two deputy presidents belong to Sunni community. Prime minister, defense, foreign, and home ministers are all Sunnis. Twenty-five out of  30 ministers belong to Sunni community. How the government can fight against Sunni community. All sections of Syrian society have  in fact joined hands to fight against Wahabism.

If the opponents’ claim of sectarian war in the country, why they don’t support a free elections with their observers on the ground. If our president and army is against the majority Sunni community then President Bashar al-Assad will not win the election. Whey they don’t ask for free election in Syria?

This is a big mistake analysts have committed regarding Syria.

The fighting in Syria is between Hanafi and Wahabi ideology. There is no civilian war or sectarian war. Our defense minister belongs to Sunni community from Hama city. In fact Sunni people are fighting against Wahabi terrorists.

Having passed through war-like situation since 2011, how international community is behaving with Syria?

In the beginning there was some confusion among world leaders. It was considered as if it was a pro-democracy movement. At that time more than 100 countries were against Syrian government. But now they have discovered they the situation was otherwise. Now there are only two-three countries with Wahabi ideaology who can’t come back.  What they will tell to their own people? Now we are in good position and enjoy  support from BRICS countries.

Recently Chief of European intelligence visited Syria begging cooperation from our intelligence. He asked us not to allow their citizens to return home, instead finish them on the ground. Against this favor he offered all help. Now situation is improving and we are close to achieve our goal.

What about India ? Did India cooperating with Syria by sharing intelligence or some other means during Syria’s tough time?

We have cordial relations with India since the independence of our country. There is good cooperation between the two countries including intelligence. But I am not going into the details. Indian stand about Syrian issue was very good and valuable. India has been very clear in asking resolution of the issue by Syrians and favoring political solution without external intervention. That is enough for us. If all countries behave like India we will have no problem in Syria. We thank India for keeping its Ambassador and mission open in Damascus. For other countries time is gone. That is why we prefer India than others.