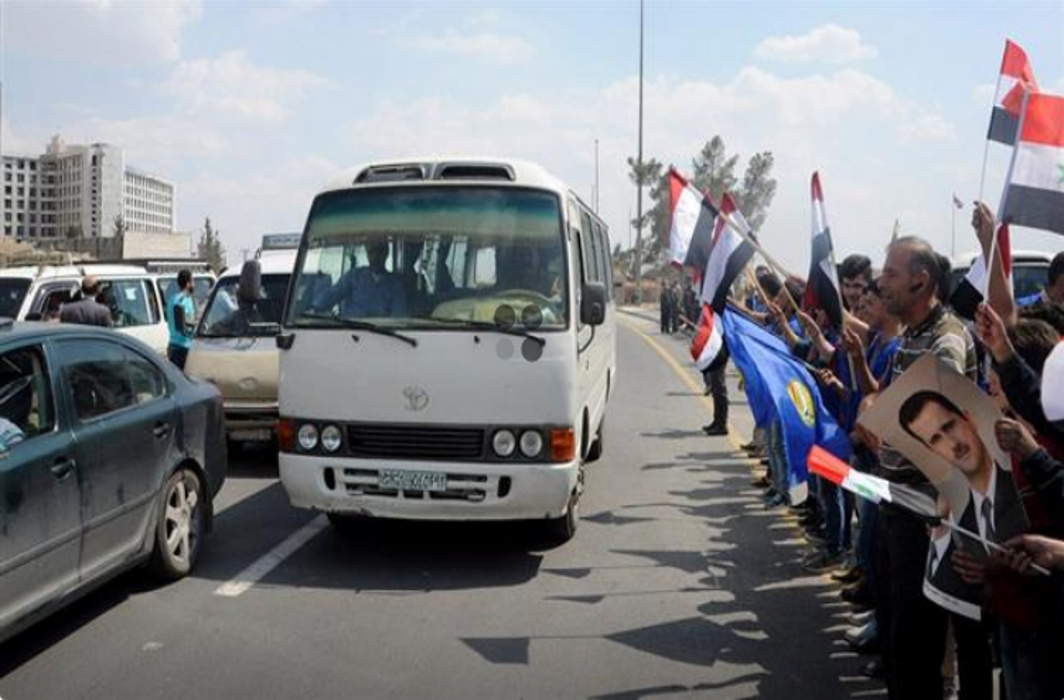 Continuing its struggle to normalize life after defeating Daesh (IS) and other terror groups, Syrian government has succeeded in reopening a strategic highway linking capital Damascus to Homs Province on Thursday after a gap of seven years. This was made possible after clearing Eastern Ghouta from terrorists who were using the area as launching pad to attack the capital region.

According to Tehran based Press TV, the international highway was opened to public traffic after its reconstruction was completed. In normal situation the same highway is used to travel to Turkey.

Since 2012, the highway had been completely out of service because terrorists in the area were overlooking the road and conducting indiscriminate attacks on passing vehicles and the Syrian army checkpoints.

A Syrian army officer said, “Thanks to the Syrian army and allied forces, who defeated the terrorists in [the cities of] Harasta and Douma, now the way is open.”

Mahmoud Alsoufi, a road engineer, was cited as saying, “There used to be lots of piles of dirt and burnt vehicles on the road, as well as passages dug over and under the roadbed. In the past few weeks, we’ve repaired the entire road, removed the damaged road surface, and repaved it with tar asphalt. We’ve also cleared the obstacles from the road surface.”

A driver also said, “I came from Hama. In the past, to get to Damascus you certainly couldn’t take this road. Instead, you had to take other small roads which took four to four and a half hours. Now, it only takes an hour or 45 minutes.”

The terrorist groups have lost much of the Syrian territory they once held amid sweeping gains by government forces on the ground. Syrian forces were supported by Iranian advisors and Hezbollah fighters on the ground while Russian air force bombed the terrorist hideouts.

In April, Syrian forces managed to retake the Eastern Ghouta and Eastern Qalamoun regions near the capital. Syrian forces later moved to liberate other militant-held areas in the provinces of Homs and Hama.

The extension of the road from Homs to Hama Province is also being rehabilitated amid the Syrian army advances against militants in Hama countryside.