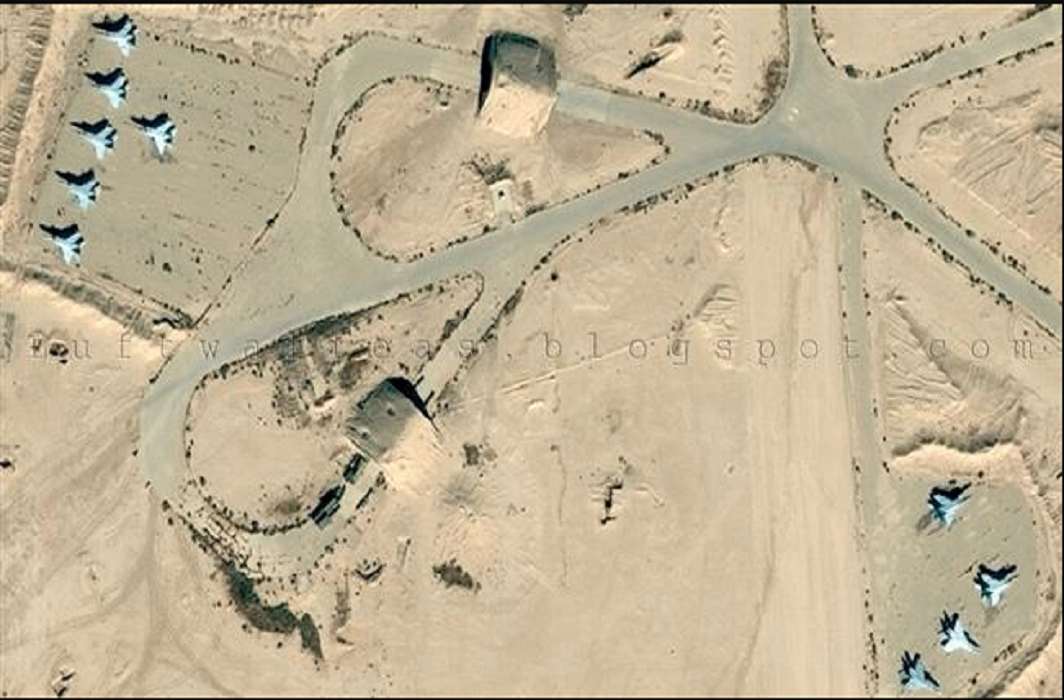 Evacuation of civilians begins from Douma, “fighters” leaving for Jarablus under Russian supervision

Amidst US President Donald Trump’s warning of a “big price” after reports of chemical weapons attack in Syria, a suspected US missile attack has targeted the T-4 military airport in Homs province. However, Pentagon has denied conducting air strikes.

On Monday morning, SANA news agency, quoting a military source reported that Syrian air defenses have confronted a missile attack on T-4 airport and shot down eight missiles. The attack left a number of martyrs and injured, the source added.

Syrian state TV said that it was “likely an attack by the US”. The Pentagon issued a statement Sunday denying it was conducting air strikes in the region. Syria is 7 hours ahead of US Eastern Standard Time (EST) covering Washington and New York.

Tehran based Press TV reports that the projectiles flew over the Lebanese airspace before hitting their target. Lebanon is situated west of Syria with long Mediterranean coastline.

However, Russia has blamed Israel for carrying out the attack on Syrian airbase. Without giving further information Russian military has said that two Israeli warplanes, using Lebanese airspace, fired eight missiles at the T-4 military base.

Al-Jazeera, quoted some Lebanese media outlets saying the residents living near the northeastern border with Syria heard jets in the sky in the early morning hours, suggesting that the attack may have been carried out by Israel.

Earlier on Sunday, US President called out Russian President Vladimir Putin by name for backing Syrian President Bashar al-Assad and warned of a “big price” after reports of a chemical weapons attack in Douma, Eastern Ghouta. He even called Assad as animal.

Many dead, including women and children, in mindless CHEMICAL attack in Syria. Area of atrocity is in lockdown and encircled by Syrian Army, making it completely inaccessible to outside world. President Putin, Russia and Iran are responsible for backing Animal Assad. Big price...

....to pay. Open area immediately for medical help and verification. Another humanitarian disaster for no reason whatsoever. SICK!

If President Obama had crossed his stated Red Line In The Sand, the Syrian disaster would have ended long ago! Animal Assad would have been history!

Meanwhile, Donald Trump has also spoke with Iraqi Prime Minister Haider Al-Abadi and discussed the “situation in Syria and the alarming reports of possible chemical attacks near Damascus” as well as the countries’ continued fight against Daesh (IS).

On Sunday, Stéphane Dujarric, spokesman for UN Secretary General António Guterres, said in a statement that Guterres was “deeply concerned” about the violence and called for “all parties to cease fighting.”

UN Security Council is holding an emergency meeting Monday on the alleged chemical weapon use, the US mission in UN announced. Russia has requested a separate SC meeting later in the day.

In April last year, US had launched tomahawk missiles at Syrian air base after the alleged deadly chemical attack, which was denied by Syrian forces.

Meanwhile, in an important development, Syrian official news agency SANA has reported on Monday forenoon (local time), about the liberation of first batch of people abducted by Jaish al_Islam” terrorists in Douma after a deal between Russian officials and the terror outfit.

Initial pictures and video of liberated people greeting each other were uploaded by the agency on its website without details around noon (Indian time).

Earlier on Monday morning, Al-Jazeera reported about the conclusion of a deal between Jaish al-Islam, the last remaining rebel group in Eastern Ghouta, and Russia to evacuate the “fighters” to northern Syria. The Jaish has agreed to leave its holdout in Douma in exchange of their transfer to another anti Assad held area in Jarablus in northern Syria.

The reports say that the deal which was reached between the Jaish al-Islam and Russia on Sunday, includes a ceasefire and the evacuation of fighters and civilians from the area.

Al-Jazeera reports from Jordanian capital Amman quoting people who helped negotiate this agreement that “Jaish al-Islam has agreed with the Russian forces to begin evacuating with their families, as well as anyone else who wants to leave.”

Under the said agreement Russian military police will move into Douma to keep Syrian forces out. Russian army had also confirmed on Sunday that it had struck a deal with Jaish al-Islam to withdraw about 8,000 of its fighters and some 40,000 of their relatives.

Despite denials by Pentagon, Syrian allegation against US for the missile attack on T-4, a statement by Tom Bossert, the White House homeland security advisor, just before Trump’s “big price” tweet raises suspicion. He had reportedly said during ABC’s “This Week” that President and his advisers had been discussing the strike and would not rule out another one. He was quoted saying “I wouldn’t take anything off the table”.