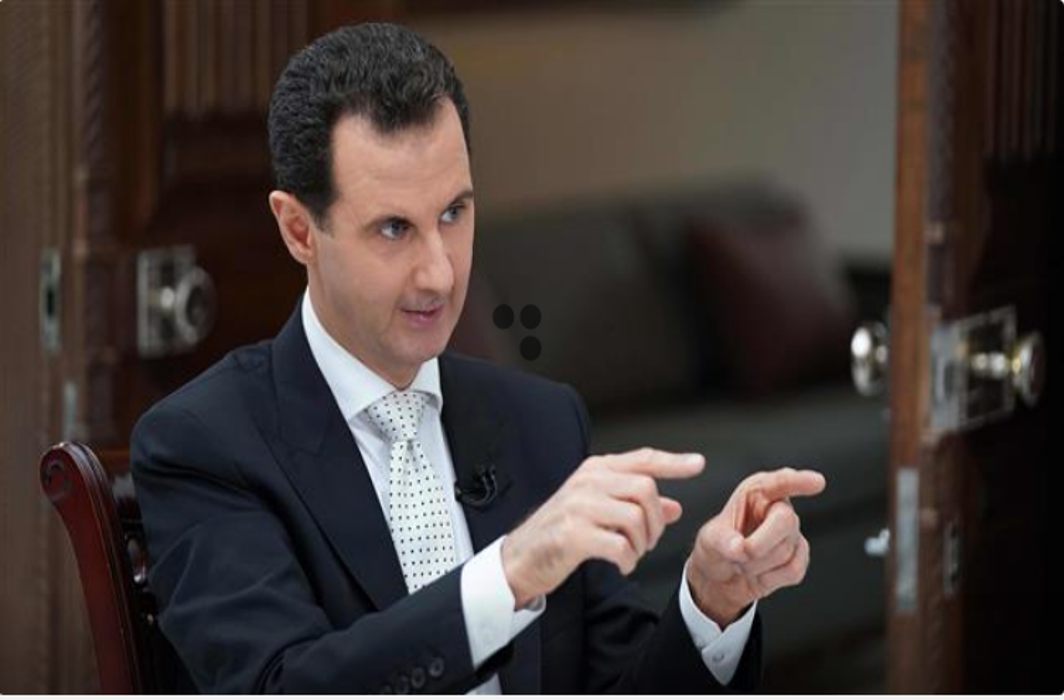 US President Donald Trump has received a tit-for-tat response for his slur which were rarely pronounced by any political leader about his rival. The Syrian president Bashar al-Assad has said that Donald Trump’s “animal Assad” slur is representation of the US president himself.

Responding to a question by Russia Today (RT) TV journalist, the Syrian president Assad said, “It represents him, and I think there is a well-known principle, that what you say is what you are.” The interview was aired on Thursday evening.

US President Donald Trump, in one of his tweets in April said, “President Putin, Russia and Iran are responsible for backing Animal Assad. Big price to pay.”

Many dead, including women and children, in mindless CHEMICAL attack in Syria. Area of atrocity is in lockdown and encircled by Syrian Army, making it completely inaccessible to outside world. President Putin, Russia and Iran are responsible for backing Animal Assad. Big price…

Replying to Russian journalist’s question as if he had a nickname for the US president, Assad said, “This is not my language, so, I cannot use similar language. This is his language. It represents him, and I think there is a very known principle, that what you say is what you are. So, he wanted to represent what he is, and that’s normal. Anyway, it didn’t move anything, and this kind of language shouldn’t move anything for anyone.”

He further said, “The only thing that moves you is what people that you trust, people who are level-headed, people who are thoughtful, people who are moral, ethical, that’s what should move anything inside you, whether positive or negative. Somebody like Trump will move nothing for me.”

The US and its regional allies had alleged Assad regime for using chemical attack weapons on April 7 in Douma in the Eastern Ghouta region leaving dozens dead.

Responding to the allegations Damascus had strongly rejected the allegations saying that the terror groups including Jaish al-Islam was repeating the accusations “in order to accuse the Syrian Arab army, in a blatant attempt to hinder the army’s advance.”

Russia and Iran have also rejected the accusations of chemical weapon use by Syrian forces.

Syria claims that it surrendered chemical weapons in 2014 to a joint mission led by the US and the Organization for the Prohibition of Chemical Weapons (OPCW).

Damascus has also reiterated its denial for using chemical weapons over the course of the terror campaign which gripped the country in 2011.

The US and its allies claim of bombing Daesh (IS) terror positions in Syria since September 2014 without any Damascus or UN mandate.