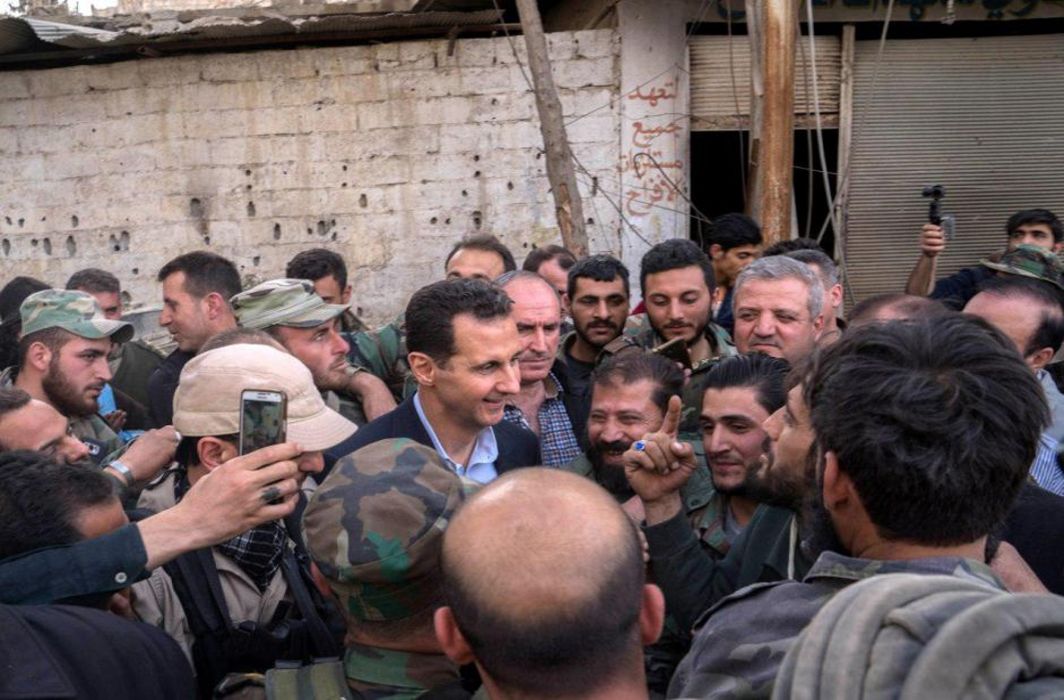 In a major breakthrough in its fight against terror groups, Syrian President Bashar al-Assad visited front lines in Eastern Ghouta  on Sunday and met army personnel deployed in a number of sites. He called the soldiers as heroes for their victories to end the suffering of Ghouta civilians who were being used by terrorists as human shields.

According to Syrian official news agency SANA, President affirmed to army’s heroes that the Syrian people were proud of every soldier who has carried the gun to defend his homeland, restore security and stability in the country and rescue the Syrian citizens from the claws of terrorism and its supporters.

“Every soldier, combatant or pilot who was carrying out the mission to whom he was charged, he changed the political map and the world balances with each village or city he has contributed to its liberation,” President al-Assad said.

The report further said that during the visit, President al-Assad also met a number of families who have succeeded in getting rid of terrorists and affirmed that all state institutions work to secure their needs. 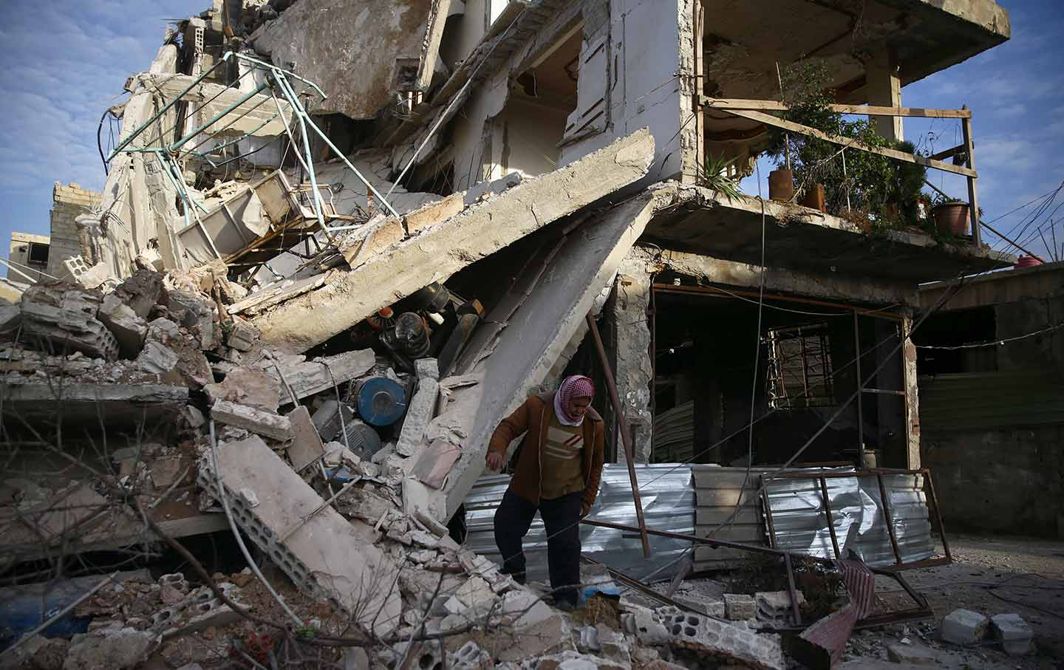 “The state is responsible for protecting Ghouta families and liberate them from the terrorists’ grip and restoring security and stability to them and to the region,” the President said.

Later, the President visited one of the operations’ rooms working in the region where he was briefed on the track of the battles and the upcoming plans set for continuing the military operation and expelling the terrorists from the whole area.

Syria and Russia have cornered foreign backed militants in the Eastern Ghouta as part of their campaign to liberate civilians holed up in the suburban area of Damascus. During the operations Syrian forces have found factories producing chemical weapons and intercepted several arms and ammunition cargoes heading to Eastern Ghouta.

Recently UN Security Council had passed a resolution asking all stake holders to observe 30-day ceasefire. However, Russia and Syria implemented five-hour daily ceasefire to evacuate civilians. This was criticised by US and its allies. Russia and Syria allege Israel, US, Turkey and some other regional countries for supporting Daesh (IS) and other terror groups creating havoc in the country.