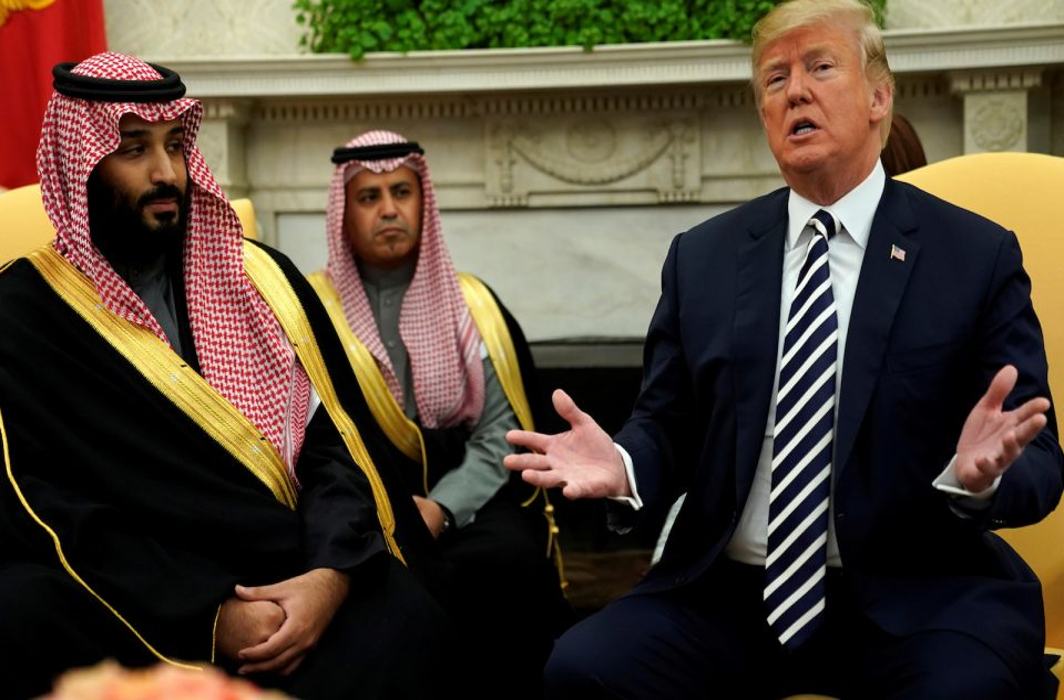 If war begins in Syria, it will be on absolutely trumped up charges about the use of poison gas by Bashar al Assad. Why would he gas his own people if he is, by all western assessments, winning the war? And how do White Helmets take perfect close-up pictures of injured children? How do they not get poisoned? How do they not get poisoned? Mine is a small voice but, having travelled to each one of the countries involved in the Syrian tragedy, I can say with all the conviction at my command: this war is being dragged on the basis of lies and for ulterior reasons.

On March 29, 2018, President Donald Trump announced in Ohio that the US would “very soon” get out of Syria. Other nations should shoulder that burden. As if on cue, Saudi Crown Prince, Mohammad bin Salman, declared that Bashar al Assad would remain President of Syria. He added, in parenthesis, that US troops should remain in Syria for “the short term if not the long term.”

This abrupt change of heart by the two who are principally leading the anti Assad campaign in Syria was explained by an intelligence mishap. In fact a double gaffe was involved. A major plan to surround Damascus, with Ghouta as the spring board was to be boosted by US air cover. Syrian intelligence found out the details about this plan.

How would the US justify a major air campaign over Damascus? White Helmets, a multimillion dollar NGO founded by a British Army officer, James Le Mesurier to boost the propaganda effort of the motley group of militants and state actors, were expected to play a key role at this juncture. They would detonate “poison gas” in Douma, a town in eastern Gouta. This would be blown up sky high as Syrian “brutality”. That would justify an air campaign.

When this plan was leaked the Syrian army barged into Douma. They caught red handed atleast fourteen intelligence officers of whom eight were from Saudi Arabia and one each from the US, Israel, Turkey, Qatar, Jordan and Morocco. Some nationalities pose a question mark? What is a Turk doing in this gang? Is Turkey playing both sides of the street? Qatar and Saudi Arabia are supposed to be at each others’ throat. What is ultra cautious Morocco doing in Douma? This is all happening in the midst of a fierce urban, guerilla campaign. Who knows how many identification documents are in play?

In brief, the capture of intelligence officers caused Trump and MBS to reverse gear. These two obviously had fears that their officers, may begin to sing like canaries. But no such fear afflicted the British and the French. Their officers are not on the list. These countries face a bagful of problems back home. They did not mind when White Helmet, the False Flag experts, detonated their devices, not so much to kill, maim and suffocate but to saturate the networks and the news agencies with heart rending pictorial coverage. This would divert attention from their problems. In the case of Britain these problems were existential.

The Helmets have clearly been advised by psychologists that children look the most angelic between the ages of four and five. If the children can be plausibly shrouded in bandages, their limbs suspended by slings and ambient sounds given a suitable crescendo, their mission would be successful.

On March 29 and 30 Trump and MBS were cooing like doves. How does one then explain the messy resumption of hostilities in Syria – alleged gas attack in Douma and Israeli missile over Homs?

One theory is that Trump can flourish as many white flags as he likes, the Deep State will proceed on its agenda regardless. This, quite literally, is a singular moment in history when there is no super power to control or direct world affairs.

President Emmanuel Macron is facing a revolt of the Rail Unions and more. With all manner of populisms waiting in the wings, a young President, on a brand new party may seek respite in diversionary moves which direct national focus towards the Russian menace.

It is Britain where the establishment is on sixes and sevens. Labour’s Leftist leader Jeremy Corbyn’s ratings keep rising despite stalwarts of the new Labour like Lord Peter Mandelson declaring in interviews that Corbyn “must be undermined”.

Accidental Conservative Prime Minister, Theresa May has not quite found her feet after the Brexit debacle. Then her performance at the party Tory conference last October became an almighty embarrassment. Fighting for her political life, when she rose for her speech she was afflicted by an unstoppable, hacking cough. Then, like a bad omen, letters on the backdrop behind her began to drop off. It became a comical clip for the social media. Foreign Secretary Boris Johnson, nursing an unrealistic ambition, acquired a bounce in his tread.

Both May and Johnson have invested a great deal by word and gesture, on alleged poisoning of double agent Sergei Skripal and his daughter Yulia. They were also keen that the embers of Syria must not be extinguished.

Meanwhile not just the conservative MP, Lucy Allan, from Telford, but the entire Establishment is in deep shame at the serial sex abuse scandal of over 1,000 British children, spread out over years which media like the BBC has been accused of covering up. It is disgusting to speculate that Ghouta and Skripal have helped divert attention from the most horrendous of sex scandals mankind has ever known.

What is staring the May-Johnson duet in the face is the prospect of a rout in the May 3 local bodies’ elections. Just the wrong time for Trump and MBS to be embracing Vladimir Putin. Western democracy needs Russia painted in lurid colours for greater cohesion. The West needs a raison d’tre, an enemy image, to be able to stand upright.  Something like a, Cold War. Hence the rumbling of war drums.