Taapsee Pannu turns 34, to celebrate her birthday on sets of Blurr in Nainital

Pannu marked her special day with an early morning post and wrote that the last one week has been tough for her. 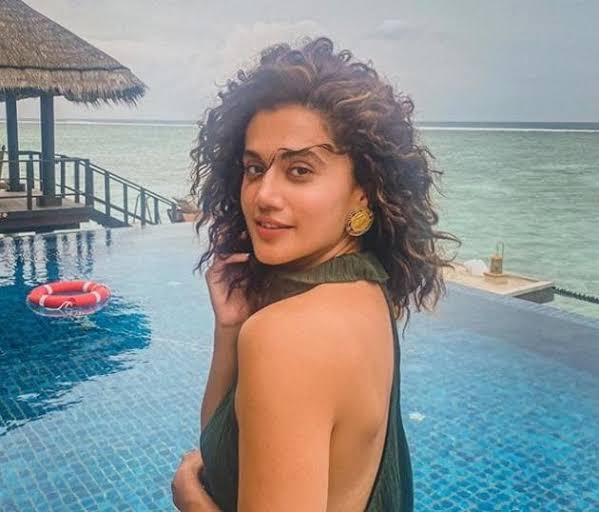 Taapsee Pannu has turned 34 on Sunday and the actor is going to celebrate her birthday on the sets of her upcoming film Blurr, co-starring Gulshan Devaiah.

Sharing an early morning post on her Instagram handle, Pannu marked her special day and wrote that the last one week has been tough for her.

Last week has been tough, tricky, testing but with this sunrise and this new year I shall again gather the strength to look forward to what life has in store for me, Taapsee wrote alongside a beautiful picture of herself gazing at the bright sun.

Taapsee’s sisters Shagun and Evania Pannu also joined her for a birthday celebration. Sharing a picture with the birthday girl, Shagun Pannu wrote, “Made it in time! #myhappyplace.”

Taapsee Pannu also announced her turn as a producer with her company, Outsider Films, last month.

Making the big announcement, Pannu had said last year when it was almost a decade since I plunged into the dream this Indian Film Industry is, I never knew I will not just float but actually learn to swim my way through. For someone who never dreamt of being a public figure, I am forever grateful to everyone who has bestowed so much love and trust in me and my work. Time for some payback, because with great power comes greater responsibility. So wish me luck and I promise to try my best to bring the best, coz the view is the best from the “outside”

Taapsee Pannu is known for her performances in films like Baby, Thappad, Pink, Badla, and Game Over.