Taliban forcing young girls to be wives for their fighters; Mahbooba Seraj says shame on world leaders for what they did to Afghanistan 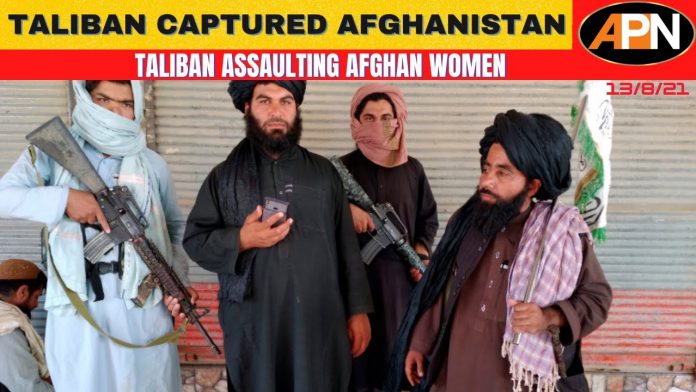 “And there it was again. Another religion turned against itself. Another edifice constructed by the human mind, decimated by human nature”- Arundhati Roy. This quote well describes the current situation of Afghanistan as the Taliban took full control of the country on Sunday. The militant group is now turning back to their old ways and the ones who will be the major victim of this are women.

According to the report of the daily mail, the Taliban fighters are going door-to-door with the list of unmarried women aged from 12 to 45 for their fighters to marry because they consider the unmarried women as ‘qhanimat’ or ‘spoils of war’ that needs to be divided up among the victors.

A letter from the Taliban’s cultural commission went viral on social media, which reads that all imams and mullahs in the captured area should provide the Taliban with a list of girls above 15 and widows under 45 to be married to Taliban fighters.

The local residents said that in the newly conquered area, the Taliban have mandated strict restrictions on the movement of women. They have ordered that women cannot leave the house without a male.

The Founder of Afghan Women’s Network Mahbooba Seraj in an interview said that the world leaders should be ashamed for what they did to Afghanistan, why do they need to do, what they did to that country.

Adding further to it, she said that nobody paid attention to our situation and they just made a decision. She concluded by saying that what is happening to Afghanistan is going to put this country 200 years back, and there will be an exodus for which the world leaders should be held responsible.