A video of Taliban fighters, brutally beating girls who were protesting in West Kabul is circulated on social media. 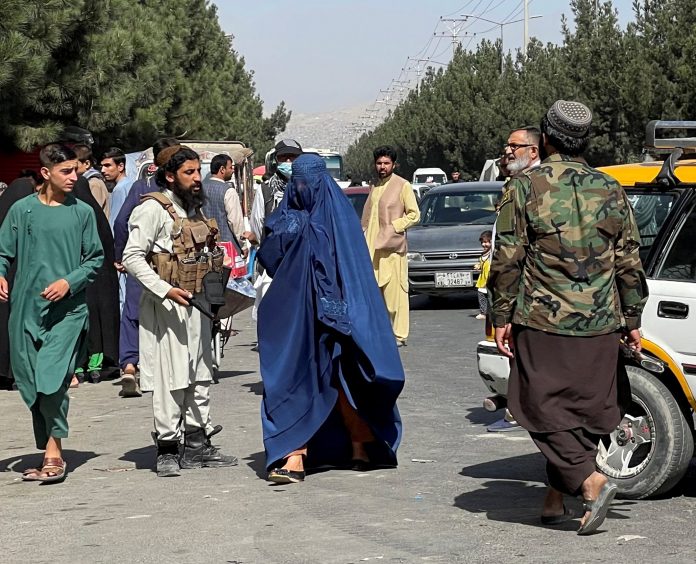 Ever since the Taliban took control over Afghanistan, news of its atrocities on Afghan citizens have been widely circulated. From killing a pregnant woman to pointing a gun at unarmed woman, Taliban have been showing its real face to the world despite promising women’s rights. Taliban atrocities on Afghan women comes amid increasing reports of escalating repression of women in Afghanistan.

Taliban had opened fire on the women protestors in Afghanistan’s Kabul as they were protesting against Pakistan and ISI on Tuesday. Reports said the women protestors were raising slogans against Islamabad and ISI. The news agency AFP reported that the Taliban fired shots in the air to disperse the anti-Pakistan rally in Kabul.

However, during Tuesday’s anti-Pakistan protests, a photo of an Afghan woman facing an armed Taliban man has emerged as one of the striking images from the citizens’ protests. The photograph evoked comparisions to a famous photograph taken during the Tiananmen Square protests in China.

After taking over Afghanistan on August 15, the Taliban had vowed to respect women’s rights, forgive those who fought them and ensure Afghanistan does not become a haven for terrorists. All this was a part of a publicity blitz aimed at reassuring world powers and a fearful population.

When Taliban killed a Pregnant woman

Taliban had shot dead a 6-month pregnant woman in front of her husband and children in Afghanistan’s Ghor Province. The woman was identified as Banu Negar and she was serving in the Afghanistan police forces.