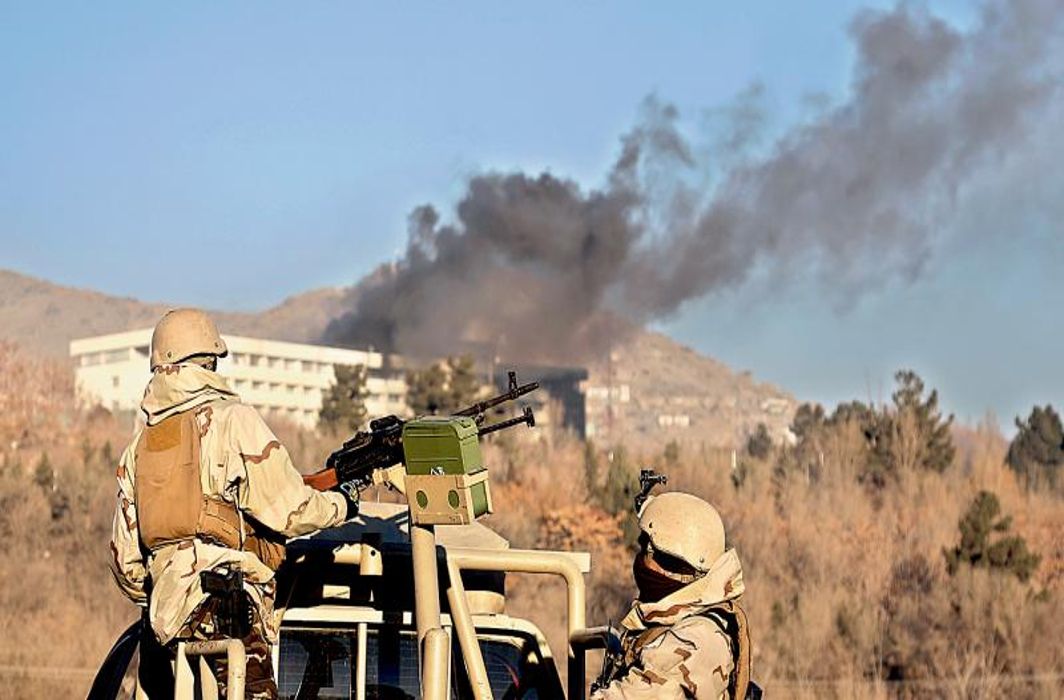 The Taliban militants, who took responsibility of attacking Kabul’s most secured hotel two days ago targeted foreign nationals in particular, the eyewitnesses have claimed on Tuesday. The death toll in the attack had reached 22 while several others were injured.

According to AFP report, survivors and security sources have disclosed that militants went from room to room searching for foreigners. Insurgents armed with Kalashnikovs and suicide vests attacked the landmark Intercontinental Hotel overlooking the Afghan capital late Saturday. The assault continued for 12 hours and prompted questions over how the attackers breached security.

Officials have confirmed that out of 22 deaths at least 14 foreigners were killed. “They didn’t want to kill the Afghans, The weapons and bullets they had were for the foreigners.” They included nine members of Kam Air, one each from German and Czech Republic.

Afghan officials have told that Abdullah Poyan, a  senior Afghan diplomat died along with Mufti Ahmad Farzan, a member of the High Peace Council responsible for reconciliation efforts with militants.

An employee of the hotel identified as Hasibullah, 20, while confirming the fact from his hospital bed, said, “they were saying, “Kill the foreigners!”
The guests hid behind pillars and in rooms as gunmen sprayed bullets and set fire to parts of the six-storey building. Some people climbed over balconies and used bed sheets in a desperate attempt to escape.

He described hiding and listening as the gunmen went from room to room, forcing doors open “with daggers” and killing those inside. Another witness claimed he had seen the militants beheading guests.

The security forces killed all six militants who stormed the hotel Saturday late evening.  The attack ended Sunday by the Afghan forces, aided by Norwegian troops.

Afghan health ministry spokesman Waheed Majroh said that 22 bodies had been taken to Kabul hospitals. “Some of the bodies (are) burned badly and need DNA tests to be identified,” he said.

According to Ukrainian ambassador to Tajikistan and Afghanistan Viktor Nikitiuk, six Ukrainian nations were among the killed. “All the dead were working for the airline Kam Air and living at the Intercontinental Hotel,” he said to his country’s Channel 112.

Initially, Afghan officials had announced about five deaths on Sunday morning while confrontation between the militants and security forced was underway. Security forces had cleared five floors while they were engaged in flushing out the remaining parts of the building.