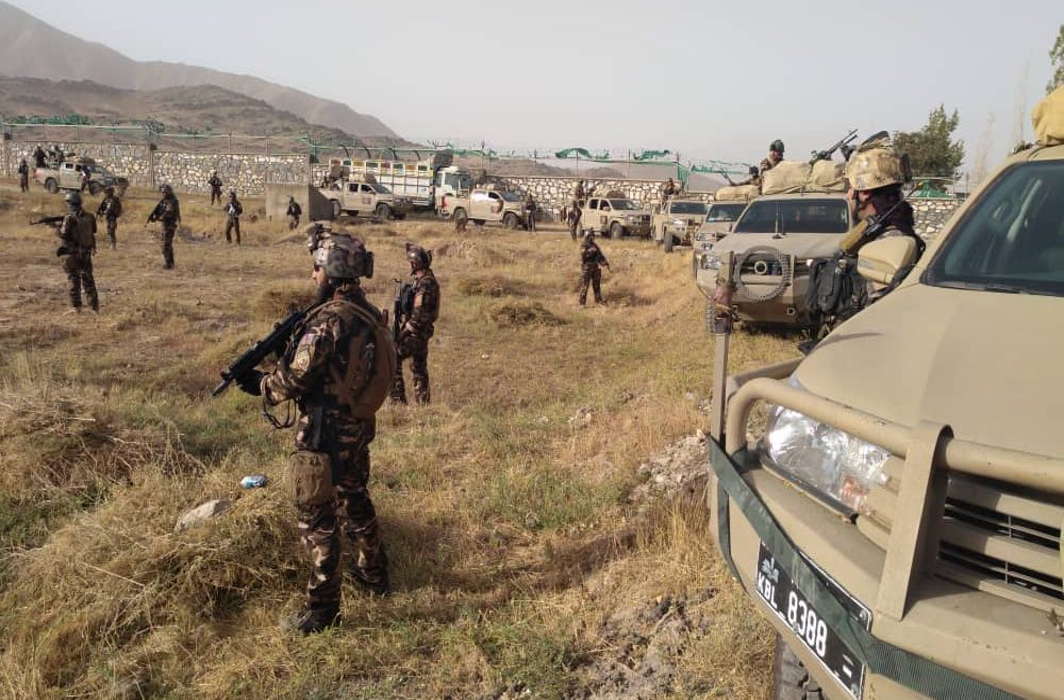 At the end of four day long operation by Afghan government forces against Taliban terrorists in Ghazni province, there are reports that Taliban has withdrawn from a number of areas in the city after setting government buildings on fire. Over 200 militants and several civilians have been killed while scores of security force personnel have laid their lives in the operation.

According to to Kabul based Tolo News, the residents have said that battle is being fought in Asfanda, Noghi and around the Khooghyani districts, on the outskirts of Ghazni city.

The network, quoting residents claim says that over 100 bodies were taken to the city’s hospital and more than 200 people were treated at the hospital in the last few days. There are complaints of medicine being in shortage and dead bodies atill lying in the hospital grounds.

Tolo News, quoting security sources confirming that 100 policemen were killed in the Ghazni clashes but no details were released about the number of casualties among army and National Directorate of Security (NDS) forces.

On Monday, country’s defence minister Tariq Shah Bahrami and minister of interior Wais Ahmad Barmak, in a joint press conference on the Ghazni situation had asserted that at least 70 police personnel had been killed in the past four days.

The defence minister said that Pakistani, Chechen and Arab fighters had been fighting alongside the Taliban who launched their attack on Ghazni city in the early morning on Friday.

On the death toll, Bahrami said that 194 insurgents and 20 civilians had so far been killed in the ongoing fighting.  He said and an extra 1,000 troops had been sent to Ghazni city to fully bring the situation under control.

Meanwhile, Press TV reports from Kabul that a US soldier Sgt Reymund Rarogal Transifiguraction, 36 has succumbed on Sunday to the wounds he received in a roadside bomb explosion in Helmand province in south Afghanistan.