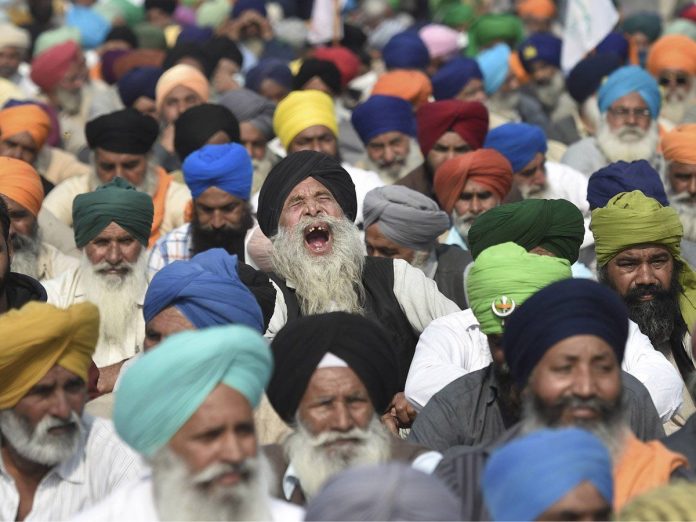 The Farmers’ Union have turned down the centre’s attempt to talk and discuss the issues related to the contentious farm laws. The farmers’ agitation has intensified and their demonstration has entered its seventh day. The farmers’ unions rejected the government’s offer to set up a committee to look into issues raised by them. In a meeting with the three top leaders of BJP, the farmers’ representatives were quoted as saying now is not the time for committee, reports said. A second meeting will be held on December 3 to discuss the issues with the farmers. More and more farmers are making their way to Delhi, demanding the farm laws to be repealed. While some of them have entered Delhi, others are protesting on the outskirts of Delhi. The protesting farmers have said they won’t go back until their demands are not accepted by the government.

Agriculture Minister Narendra Tomar said he had suggested the formation of a committee and they should also have people from the government and agricultural experts to discuss the farm laws.

After the failed dialogue between the government and farmers’ representatives, all eyes are on December 3 talks. Thousands of farmers have assembled at Delhi’s borders in Singhu, Tikri and Gazipur to protest against the three controversial farm laws. As more farmers joined the protest at the borders of Delhi-NCR, security has been tightened.

Meanwhile, the Delhi traffic police have closed Tikri border, Jharoda Border, Jhatikra Border for any traffic movement. As farmers are protesting near Gautam Budh Dwar, people are advised to avoid Noida-link road for going to Noida and use NH-24 and DND instead for Noida.