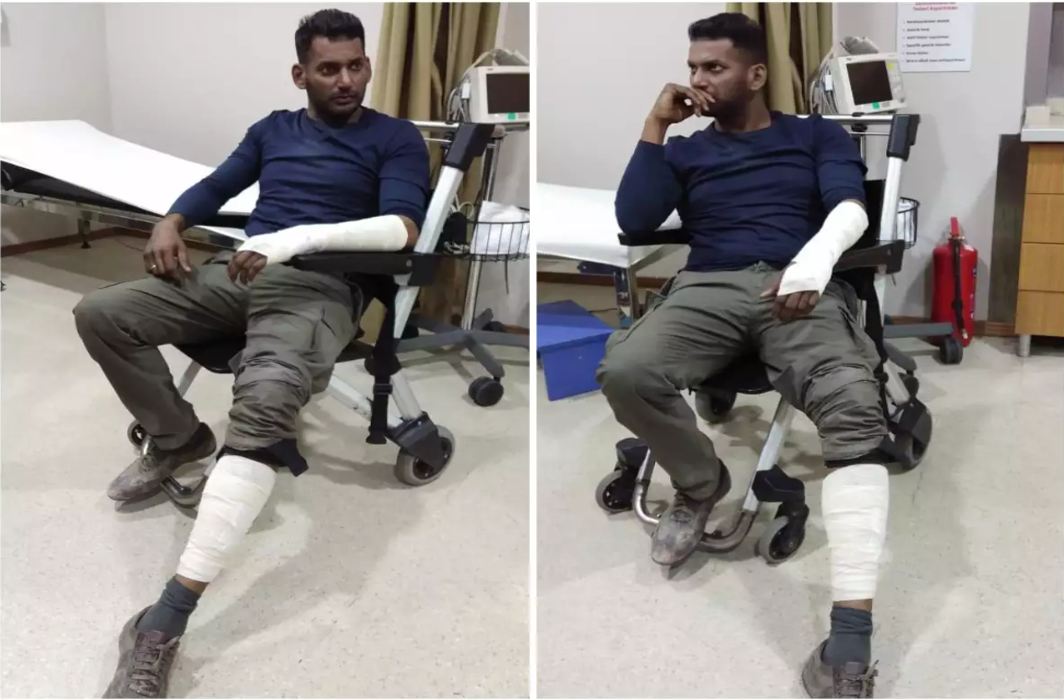 The actor was riding the ATV bike and got injured while performing an action scene choreographed by stunt master Anbariv. Thanks to the local crew, Vishal was immediately rushed to the hospital.

The latest image of the actor shows both his left hand and left leg bandaged.


#NadigarSangam and #TFPC chief @VishalKOfficial was injured during a action bike stunt scene shoot in #Turkey for Dir #SundarC’s new film..#Vishal was rushed to hospital.
Wishing him a speedy recovery. pic.twitter.com/BjafdlEx26

Produced by Trident Arts, Tamannaah and Aishwarya Lekshmi are the two heroines in the film for which Yuvan Shankar Raja has composed the music.The team had left for Turkey last week for a 50-day schedule.

Vishal recently got engaged to his girlfriend Anisha in Hyderabad and the couple will soon tie the knot. The actor will get married in April and the families are yet to announce the date of the wedlock.

Actor will return back to Chennai to cast his vote and will look after the release of his upcoming commercial action entertainer ‘Ayogya’ which is scheduled to hit the screens on May 10.