Tanushree Dutta had accused actor Nana Patekar of sexual misconduct on the sets of Horn OK Pleasss back in 2009. She had triggered #Metoo movement in Bollywood which helped several other women to voice up their stories of harassment. 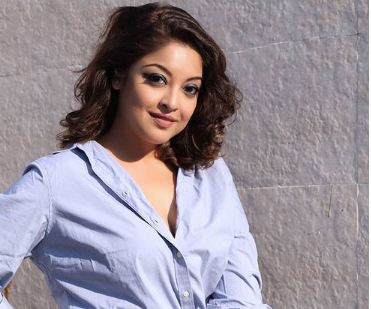 Akbar had filed a criminal defamation suit against Ramani for allegedly defaming him by accusing him of sexual harassment decades ago when he was a journalist. The Delhi Court on Wednesday acquitted her of all charges, saying that women can’t be punished for raising instances of sexual abuse.

Praising Ramani, Tanushree extended a heartfelt congratulations to the brave and resilient Priya Ramani on her big win. Her determination in the face of adversity and legal harassment for two years by a wicked and vindictive man has won her the respect of the whole nation, the actor wrote on Instagram.

Tanushree also lauded Ramani’s lawyer Rebecca John for her conviction on her client and truth. Salutations to senior advocate Rebecca John! 97:1 The odds were against you from the start but your conviction on the client, her truth and your ability to uphold the truth in the face of everything that was thrown at you is truly praiseworthy, she said.

Thanking the court’s profound observation, Tanushree wrote, Thank you justice ACMM Ravindra Kumar Pandey for your profound court observations with closing statements on the case and this landmark verdict that will impact millions of lives for the better. God bless you and your family with health, wealth and happiness.

She further added that it is a new legal precedent in India towards women’s safety, which she welcomes with open arms. Henceforth, possibly these false and malicious defamation cases on #Metoo whistle-blowers need to be dismissed right away on the first court hearing instead of wasting the courts time and making the women go through unnecessary hassles, the actor added.

Meanwhile, Tanushree had accused actor Nana Patekar of sexual misconduct on the sets of Horn OK Pleasss back in 2009. She had triggered #Metoo movement in Bollywood which helped several other women to voice up their stories of harassment.