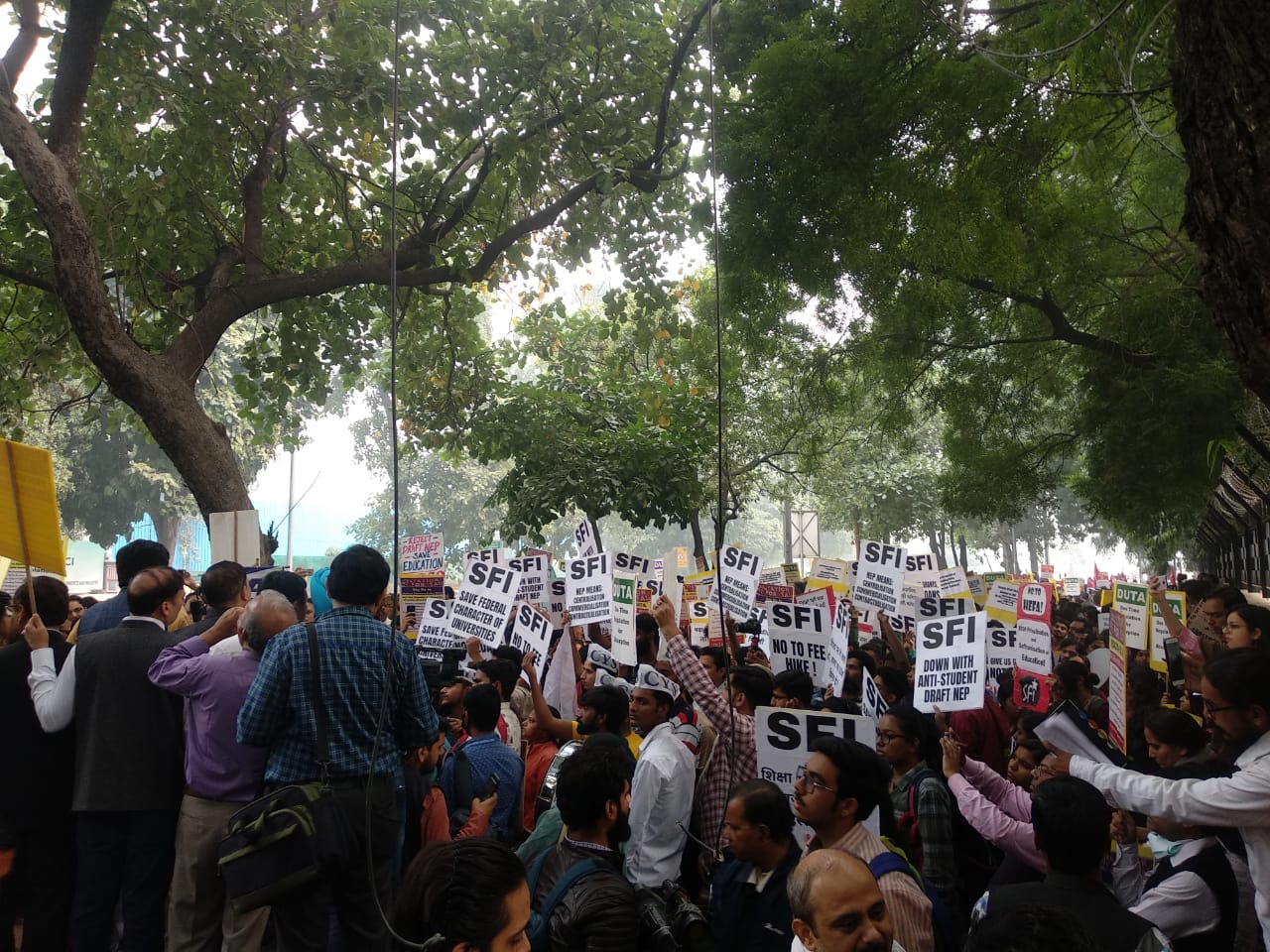 Three major teacher associations of the country came together and marched to protest against the proposals in the Draft National Education Policy (DNEP) 2019. Along with the teachers, staff associations of various colleges, students, and karamcharis of various universities also participated in the protest. The march started from Mandi House and culminated at Jantar Mantar.

The final draft of DNEP after taking public suggestions are likely to be sent for the Union cabinet approval this month and is going to be tabled in the winter session of the Parliament. The Ministry of Human Resource Development constituted the Committee for Draft National Education Policy in June 2017, which submitted its report on May 31 this year.

The draft proposes a liberal education policy that aims to address the challenges of access, equity, quality, affordability, and accountability faced by the current education system. It proposes to set up a Rashtriya Shiksha Aayog/National Education Commission as a central apex advisory body to oversee the Indian education system, by replacing the existing Central Advisory Board on Education (CABE). The body will be chaired by the prime minister himself.

However, among other things, the teachers see the formation of this body as breaking away from the principles of federalism as envisaged by the Constitution as education is a subject of the concurrent list and both the central and state governments can legislate on matters relating to education.

Rajeev Kunwar, a DUTA representative, said, “The policy is anti-teachers and anti-students and it must be rejected in its entirety. Replacing UGC grants with Higher Education Funding Agency (HEFA) loans will make education a marketable commodity and a far distant dream for each one of us.”

He added, “The attempts by the JNU administration to increase hostel fee cannot be seen in isolation. It should be seen as an attempt to commercialise higher education which the draft NEP also proposes.”

“The student community has come out in support of the teachers today to protest against the neoliberal agenda of the government. We resolve to intensify our fight if the government refuses to act on our demands to scrap the DNEP and ensure an increase in government funding in the education sector,” said Pritish Menon, Delhi State Secretary of the Students’ Federation of India (SFI).