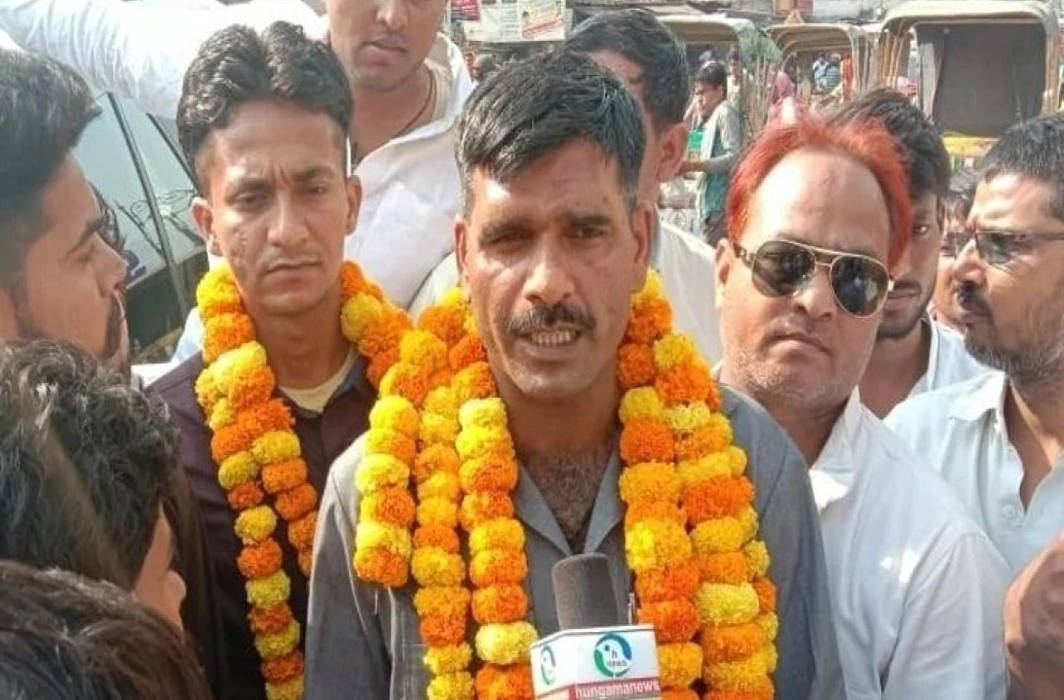 The Election Commission today (Wednesday, May 1) cancelled the nomination of Tej Bahadur Yadav, Samajwadi Party’s Varanasi candidate, a day after it issued notice to him over a discrepancy in his affidavits.

Calling the move ‘wrong and dictatorial’, the Samajwadi Party candidate said he would go to the Supreme Court.

Moments after the EC rejected Yadav’s nomination, addressing the media, the former BSF jawan said, “My nomination has been rejected wrongly. On 30 April, I was asked to produce the evidence. We produced the evidence, still my nomination was rejected. We will go to the Supreme Court.”

He also said that he reached the Varanasi polling office at 10.50 am but was not allowed to enter.

Yadav had earlier alleged there is political pressure behind this as no objections were raised at the time of verification of his documents.

“I had filed my first nomination as an independent candidate on April 24 and on SP party symbol on April 29. If there were any issues with the nominations, why wasn’t I informed earlier? Despite lack of time, our legal team is furnishing all details to the RO (returning officer),” he said.

The Commission had sent him a notice yesterday, asking him to clarify the cause of his dismissal by 11 am today. In its letter, the Commission said employees of the state or central government who have been dismissed for ‘corruption or disloyalty to the state’ shall be disqualified from campaigning for a period of five years.

The controversy started after he filed nomination as a Samajwadi Party candidate, where he omitted details of his dismissal. His earlier nomination as an Independent candidate had all details.

Uttar Pradesh SP spokesperson Manoj Rai Dhupchandi alleged that Yadav was being targeted as he represented the aspirations and angst of farmers and jawans, and claimed the BJP got afraid of him as he is getting support from the people in Varanasi.

Delhi chief minister and AAP chief Arvind Kejriwal took to Twitter to express dissatisfaction over the rejection of ex-BSF jawan Tej Bahadur’s candidacy from Varanasi. Kejriwal said Tej’s willingness to challenge the country’s Prime Minister as an army jawan is not something that happens in history often.

Yadav, earlier in April, had announced that he will contest the 2019 Lok Sabha polls as an independent candidate from Varanasi.

The former BSF jawan is a resident of Rewari in Haryana and was dismissed from service in 2017 after he complained about the poor quality of food served to the Armed Forces and corruption within the Army.