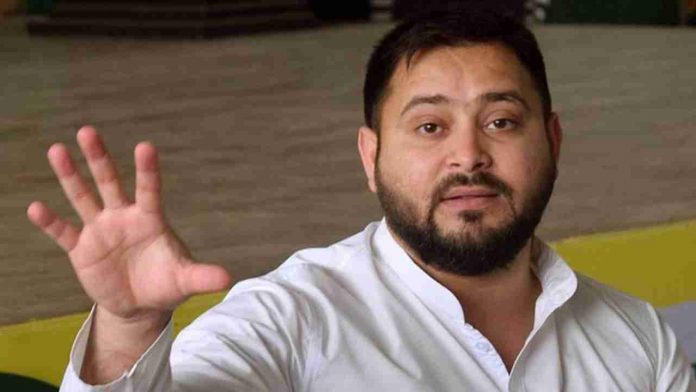 Rashtriya Janta Dal’s supremo Lalu Prasad Yadav is all set to marry off his younger son, Tejashwi Yadav. According to media reports, the 32-year-old RJD leader is going to tie the knot soon. His engagement is slated for December 9 in South Delhi’s Mehrauli.

If reports are to be believed, the engagement ceremony will be a low-key affair and will be attended only by Lalu’s family including Lalu Yadav, Rabri Devi, Tej Pratap, and his sisters.

According to a report in a leading daily, even Delhi RJD leaders are not aware of the details of the engagement ceremony. The report further stated that Tejashwi’s elder sister, Misha Bharati advised him to get married given his father’s deteriorating health.

Lalu Yadav is currently residing at Misa Bharati’s residence in Delhi and undergoing age-related treatment at AIIMS hospital. As per a report in Aaj Tak, only 50 relatives will be present at the function.

Who is Tejashwi Yadav ki dulhaniya?

As per several media reports, Tejashwi Yadav is getting hitched by his longtime friend. However, the name and picture of the bride have not been revealed in media by the Yadav family yet.

Earlier, the RJD leader was rumoured to get married after the 2020 Bihar Assembly Elections. In 2017, while speaking to the media on Lalu Prasad Yadav’s 70th birthday, Rabri Devi had said that she prefers qualified, decent, and soft-spoken girl for Tejashwi. She had also said that her daughter-in-law should be well-cultured who don’t like visiting malls or theatres.

Tejashwi Prasad Yadav is currently leading the Rashtriya Janata Dal and is the youngest leader of opposition in India. Apart from politics, he played for the Delhi Daredevils in IPL and was a part of the Jharkhand cricket team. In 2020 and 2021, he got featured in the Indian Express 100 Most Powerful Indians.

Subhas Chandra Bose's nickname is Netaji. He is one of the most well-known leaders who had contributed to the freedom struggle of India. He founded the Indian National Army, commonly known as Azad Hind Fauj. His birth anniversary will be celebrated as Parakram Diwas annually.
Read more