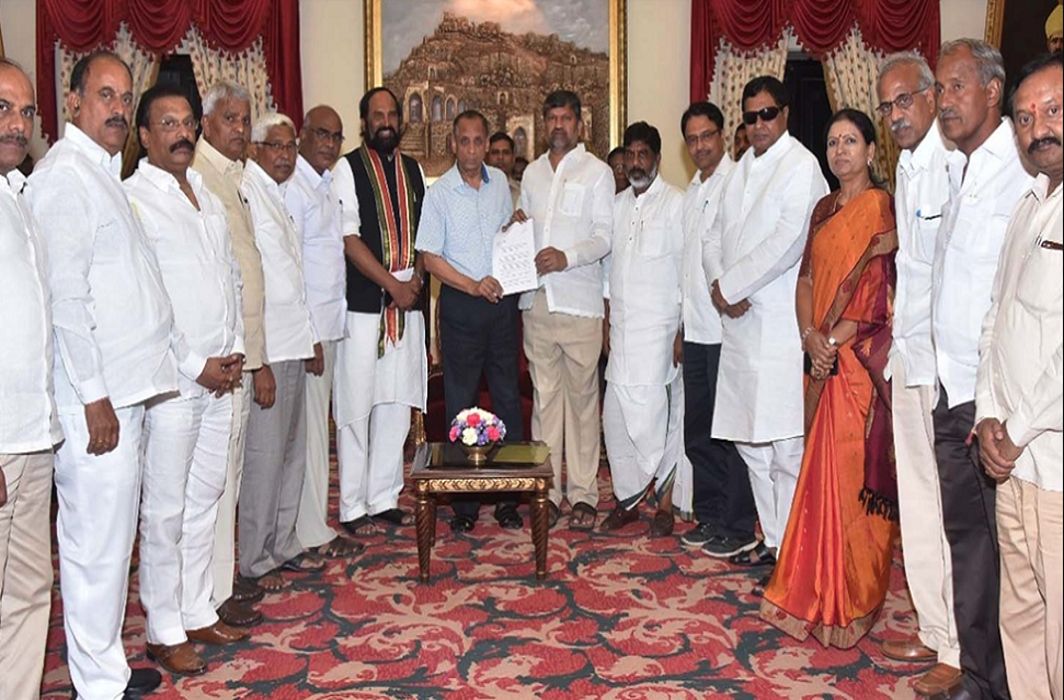 After having succeeded in forming government in Karnataka, opposition was seen united against Telangana Rashtra Samiti (TRS) in Hyderabad Tuesday night when Congress, the Telugu Desam Party (TDP), Telangana Jana Shakti (TJS) and the Communist Party of India (CPI) – joined hands to form a grand alliance for unified contest in the upcoming state Assembly elections. They have demanded President`s rule in the state until the Assembly polls.

The opposition parties have also been reportedly trying to unite with Kodandaram (of TJS) and seek support of various organisations representing employees, unemployed and women`s groups.

A senior Congress leader has indicated that opposition alliance in Telangana will be in line for a united opposition ahead of 2019 general elections.

R C Khuntia, AICC-in-charge of Telangana affairs said, “This is only the preliminary stage. We have not discussed seat sharing. But we are formulating a broad-based alliance, including the TDP also, on the basis of the common minimum programme.”

This is the first time in TDP’s 35-year-old history that it is joining hands with the Congress in a state. Justifying the alliance, Khuntia said the Congress does not harbour any bitter feelings towards the TDP.

He said, “Our delegation met the governor today and said the present caretaker government is violating both constitution and the democratic norms. The caretaker chief minister has also superimposed his authority over the election commission of India and announced the schedule of the elections, which is unheard of. So we requested the governor to impose the president rule and take over the administration of the state to ensure free and fair polls in the state”.

On September 6, Governor Narasimhan dissolved the state assembly following a recommendation from the K Chandrashekhar Rao-led cabinet. The Governor, however, asked Rao to continue as caretaker Chief Minister until the new government was formed.