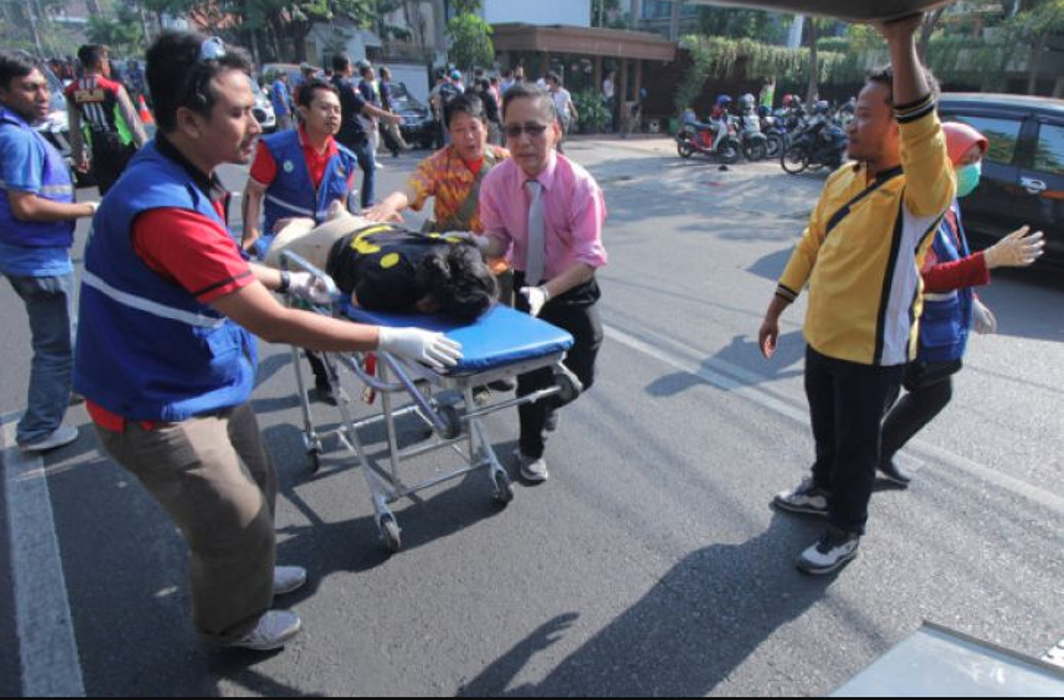 At least ten people were killed and scores injured in suspected suicide bombings at three different churches in Surabaya, Indonesia on Sunday morning.

According to reports, France Barung Mangera, spokesman of East Java police, forty-one people including two police officers are being treated in hospital for their injuries.

The explosions targeted the Santa maria Catholic church, the Indonesian Christian Church and the Pentecost Central Church. Four were killed at Santa Maria Church while two each were killed at the other two churches. Two people died later in the hospital.

The first blast occurred at Santa Maria Catholic Church at 7.30 am while the other explosions took place at 7.35 a.m. and 8.00 am respectively. No organization has taken responsibility for the attacks so far.

The police spokesman further clarified saying, “Right now ther are only three locations. Do not believe in misleading information that (the bomb) exploded in five locations or any others. We suspect it is a suicide bomb attempt. We have identified one victim.”

Responding to a question about those responsible for the explosions, the official said, Give us time to conduct investigation in the locations. We will have a media centre for journalists”.

Deepest condolences to the victims and families of the bombing victims in Surabaya.#UnitedAgainstTerrorism#WeAreNotAfraid

Indonesia is the world’s most populous Muslim country with more than 82 percent of approximately 260 million people following Islam. An indigenous Muslim organization Jemaah Islamiyah had claimed responsibility for 11 attacks between 2000 and 2010, including Bali bombings in 2002, killing more than 200 people and injuring hundreds others.

According to Indonesian official news agency Antara, the Surabaya chapter of Islamic Organization Muhammadiyah has denounced the suspected terror bomb attacks at three churches.
Mahsun Jayadi, the chief of the organisation aid, “We, the Muhammadiyah regional executive board in Surabaya, ask the security agencies to probe the bomb attackers thoroughly.

Surabaya has so far been known as a secure and tranquil city, he said adding: “We appeal to all residents of Surabaya to stay alert by guarding the city.”

The terror acts in Indonesia often target the government offices or foreigners, most notably western visitors, especially those from US and Australia. In 2015 Indonesia was taken off the Financial Action Task Force blacklist of “Non-Cooperative Countries or Territories (NCCTs), giving the country the same status as other major economies in the G-20.