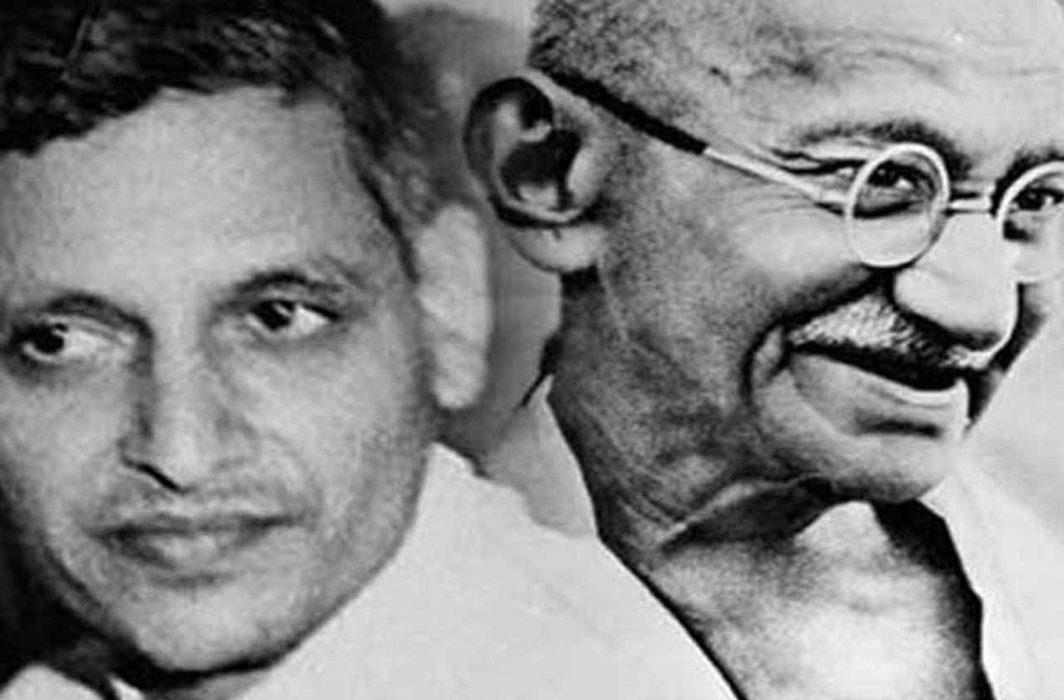 BJP’s Lok Sabha candidate from Bhopal Pragya Thakur, who is being tried in Malegaon blast case, has described Mahatma Gandhi’s assassin Nathuram Godse as a “patriot” and said those calling him a “terrorist” will be given a befitting reply when the election results are announced.

“Nathuram Godse was a deshbhakt (patriot), is a ‘deshbhakt’ and will remain a ‘deshbhakt’. People calling him a terrorist should instead look within, such people will be given a befitting reply in these elections,” Thakur, an accused in the Malegaon blast case, said today (Thursday, May 16).

Pragya Thakur’s statement is in line with her hardline Hindutva mindset. She had earlier claimed that ATS chief Hemant Karkare died during the 26/11 Mumbai terror attacks as she had “cursed” him for “torturing” her in custody for Malegaon blast case. She is currently facing trial under stringent sections of The Unlawful Activities Prevention Act (UAPA) in a Mumbai court, and is out on bail.

She also invited trouble when she said that she herself had climbed on top of the Babri Masjid to demolish the mosque and was very proud of it. 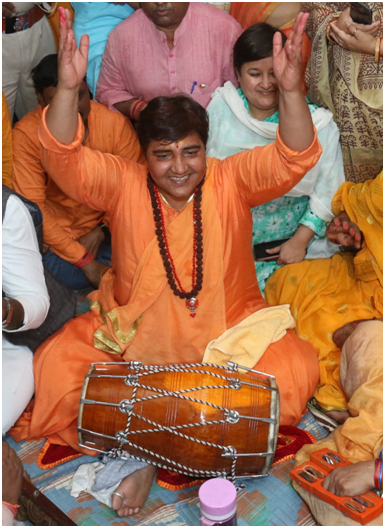 Pragya was reacting to MakkalNeedhiMaiyam(MNM) founder Kamal Haasanstatement that “free India’s first extremist was a Hindu” while referring to Godse.

Asked about Kamal Haasan‘s comment on Hindu terror and Godse, Sadhvi Pragya said, “Nathuram Godse was a deshbhakt, is a deshbhakt and will remain a deshbhakt. People calling him a terrorist should instead look within. Such people will be given a befitting reply in these elections.”

Haasan, while addressing a rally in bypoll-bound Aravakurichi on Sunday, had said:  “I am not saying this because this is Muslim-dominated area, but I am saying this before a statue of Gandhi. Free India’s first extremist was a Hindu, his name is Nathuram Godse. It started from there. He killed Mahatma Gandhi. I am questioning this as the great grandson of Gandhi.There it (extremism, apparently) starts.”

His remarks drew scathing criticism from the BJP and Hindu outfits who twisted his statement to say Haasan had talked about Hindu terrorism and insulted the community.

Kamal Haasan’s remark stirred a massive controversy with the BJP lodging a complaint with the Election Commission (EC) against the remark. A criminal complaint was also lodged against Haasan.

Haasan later issued a clarification and said he was misquoted and he never said the word “terrorist”. Kamal Haasan has filed an anticipatory bail petition, seeking quashing of the FIR against him.

Haasan had yesterday defended himself by saying he had only spoken about what was a “historic truth”. “Understand the meaning for the word extremist. I could have used the word terrorist or murderer (against Godse)… ours is active politics, there won’t be any violence,” he had said, alleging that his speech was edited selectively.

The anger against the purported meaning of his statement was kept alive, though. Yesterday, slippers were thrown at the actor-turned-politician when he was campaigning in Tirupparankundram assembly constituency in Tamil Nadu’s Madurai.

Eleven people, including BJP workers and members of another outfit, Hanuman Sena, have been named in the police complaint. They threw the slippers towards the stage when Haasan was addressing the crowd. The slippers did not hit Haasan and fell on the crowd, said police.

Soon after Haasan’s speech, Tamil Nadu BJP chief TamilisaiSoundararajan tweeted in Tamil:“We strongly condemn Kamal Haasan for talking about Hindu extremism in his poll campaign. He is triggering communal violence in a place where there are a lot of minorities. The Election Commission must take stringent action against Kamal Haasan for this speech.”

Tamil Nadu Minister KT RajenthraBhalaji also reacted to the comment on Monday and said Kamal Haasan’s “tongue should be cut off”. “Extremism has no religion, neither Hindu nor Muslim nor Christian,” he said. The MNM demanded that he should be sacked for such a comment.

A police complaint was also filed against the actor-politician on Tuesday in Aravakurichi over his comments.

On Wednesday, Haasan said he stood by his remarks and he had only “stated facts” in his speech. ‘What I said is a historic fact. It’s quoted out of context. How can I target a religion? I challenge you to show one instance of me inciting discord,” he said. He also filed a petition for anticipatory bail in the Madras High Court saying his speech was about Nathuram Godse only and not about the Hindu community as a whole. The Madras High Court will hear the petition today.

Earlier in the day, his party had issued a statement saying his comments were “taken out of context”. “This (his remark) has been taken absolutely out of context and the speech has been painted as anti-Hindu, with a malafide intent. This has created complete confusion and utmost anxiety amongst many common citizens who are not privy to this larger conspiracy,” the statement read.