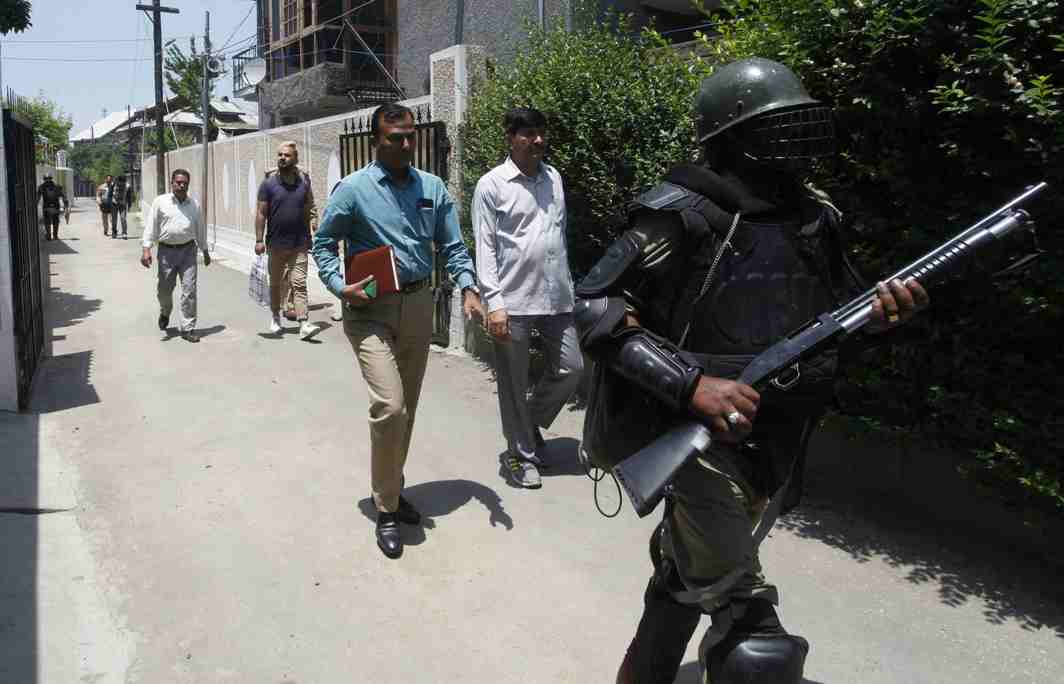 In a tough crackdown on separatist leaders in Jammu and Kashmir who are suspected of funding terror activities in this strife-torn state, the National Investigation Agency (NIA), on Wednesday, carried out raids at 12 locations in Srinagar, Baramulla and Handwara.

Officials in the central probe agency said those being raided today have alleged links to other persons being investigated in this case. The raids were conducted at the residential and office premises of Srinagar-based lawyer Shafi Rashi and relatives of Zahoor Watali, a Hurriat sympathizer and high-profile businessman in the Valley.

The fresh whip on separatist leaders is a part of NIA investigation against allegations that they were receiving funds from cross-border and were using the funds to instigate unrest in the valley.

“We suspect financial links between the Separatists and those raided on Wednesday,” said Alok Mittal, inspector general of NIA.

Earlier, the agency has conducted raids at different addresses in Kashmir, Delhi, and Haryana seeking evidence against Separatist leaders and businessmen receiving funds from Hafiz Saeed, who heads the Jamat-ud-Dawa group and other Pakistan-based militant outfits.