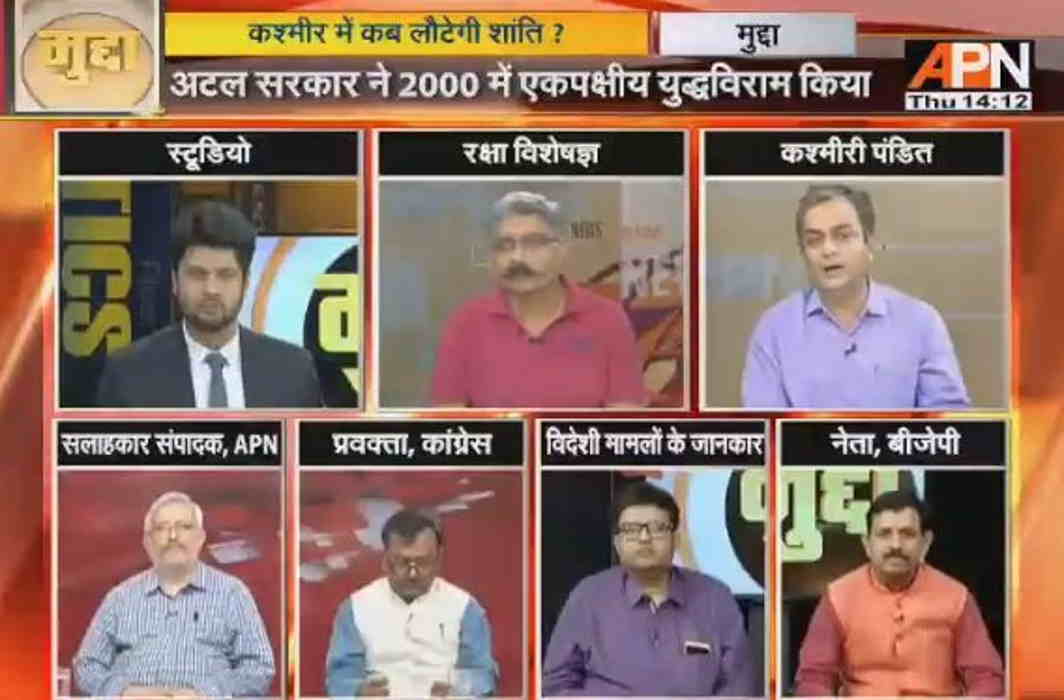 J&K government’s proposal for unilateral ceasefire in the state ahead of Ramzan up for debate, Mudda panellists concerned by rise of Wahhabism in Valley

J&K Chief Minister Mehbooba Mufti appealed to the Centre to consider a unilateral ceasefire in Jammu and Kashmir starting from Ramzan in mid May till the completion of the Amarnath yatra in August. This announcement comes after a tourist from Chennai died due to stone pelting in Kashmir on May 7.

“Everyone (all parties) agreed that we should appeal to the Centre to consider a ceasefire like the unilateral ceasefire in (former Prime Minister Atal Bihari) Vajpayee’s time in Ramzan (later this month) till Amarnath Yatra and Eid… The Centre should think on these lines so that the common people get some relief because they are facing many difficulties due of encounters, crackdowns and search operations,” she said.

Anand Sahu said this (ceasefire) is a temporary solution, not a permanent one. He said: “Terrorists, stone-pelters ne hi unko (Mufti) vote diya hai (Terrorists and stone pelters are the ones who voted for Mufti).” He further said that the PDP-BJP alliance was their compulsion. When asked why the state government withdrew more than 35,000 cases against the stone-pelters, he said because these stone pelters are just children who have been brain washed and deserve a second chance.

Danvir Singh said the issue in the Kashmir Valley is not freedom anymore. He said that Wahhabism and Islamic radicalism have gained strength there. He added: “This has become a Jihadi movement now… It is the government’s responsibility to eradicate it, not the army’s.”

Surendra Rajput also said that ceasefire is the decision of the Indian army. He said: “The army is doing its work in the most professional way. The PDP and the BJP governments have put Kashmir in the hands of such people that we can only see a dark tunnel ahead for the people of Kashmir. Both the governments are supporters of terrorists and the radical elements in the state.”

Amit Raina said that ceasefire is fruitless here. He said: “The situation was not so worse in 2001-2002. Every day around 100 people die… No one has any strategy to solve this.”

Govind Pant Raju said the death of the tourist from Chennai might be one of the reasons behind the announcement. He said: “Narendra Modi had also said that Kashmir problem can be solved by the Vajpayee formula. What I don’t agree with is why she is calling for a ceasefire. She should instead appeal to the stone pelters to stop the attacks from Ramzan to Amarnath Yatra.”

Manan Dwivedi said the education system should be revised as better education will make responsible citizens. He said we should have mentors in schools to counsel and guide the students so that they are brainwashed so easily. He added the special status that Kashmir enjoys as a province should be taken away from it.