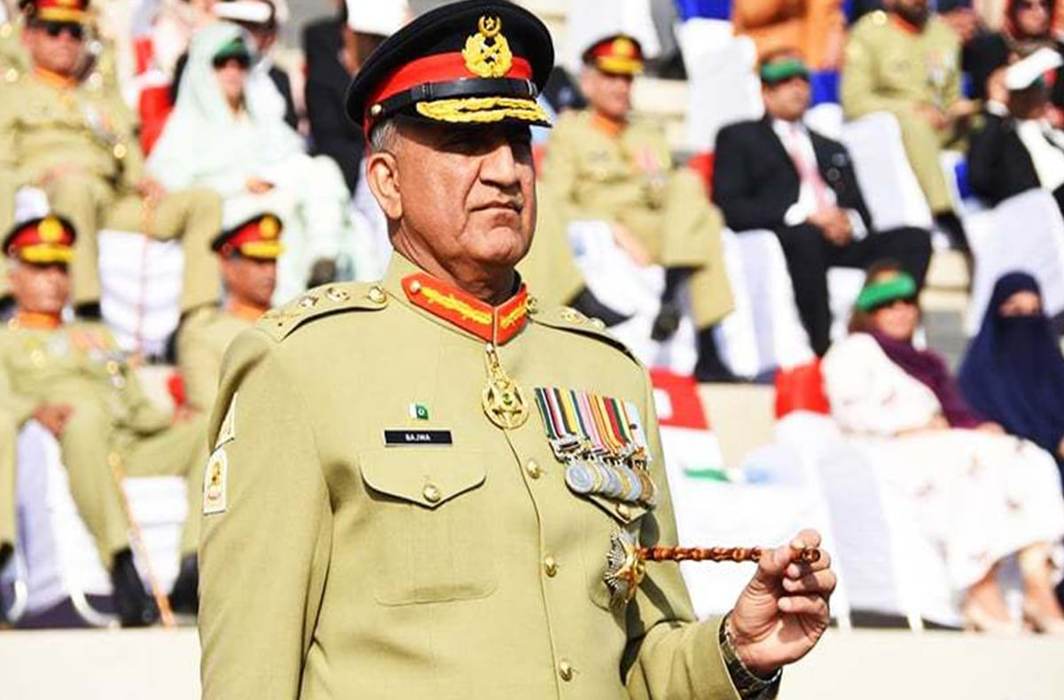 A little known Islamic group, Tehreek-e-LibaikYa Rasool Allah Pakistan (TLYR) had virtually brought the government of Pakistan Prime Minister Shahid Khaqan Abbasi to its knees. By bowing to their demand for the sacking of the federal justice minister Zahid Hamid, the government finally succeeded in getting protesters out of the streets.

The angry mobs had virtually paralysed the authorities and brought life in the cities and towns of Pakistan to a halt.

The Abbasi administration had got some breathing space for the moment, but the take away from the crisis is a damning indictment of the current situation in Pakistan, where a hand full determined fanatics can plunge the nation into a monumental crisis.

It is a well known fact that the Army calls the shots in Pakistan, mainly on foreign affairs and particularly on relations with India, US and Afghanistan. It usually plays a more subtle role in internal politics, but this time round the gloves were off.

Army chief Qamar Jawed Bajwa openly flouted government orders and instead of putting its forces on the ground to clear the streets off protesters, as ordered by the executive, the Army played peace maker. The Army chief met Prime Minister Abbasi and lectured the government to handle the agitation peacefully. The Army then got into action and got the government and the Islamic group to negotiate.

In the end the protesters had their way and Zahid Ahmed had to step down.

The negotiations are said to have continued all Sunday night and into the wee hours of Monday morning. The government was represented by Interior minister Ahsan Iqbal. It is only in the fitness of things, that when the leader of the Tehreek-e-Libaik announced lifting the sit-in protests, he thanked the Army chief for diffusing the crisis.

What is more, in the agreement that was signed by Khadim Hussain Rizvi, the chief of  Tehreek-e-Libaik, the Interior Secretary Arshad Mirza, and Major General, Faiz Hameed who facilitated the negotiations , there is reference to the Army chief. “We are thankful to him (General Bajwa) for saving the nation from a big catastrophe,” the document said. The Army chief and General Hamid are both guarantors to the agreement.

The Army’s support of the fundamentalist group is not surprising considering these outfits have often been used by the military ever since military dictator General Zia ul-Haq decided it was in his best interests to play the religious card.

The Islamasition of the Pakistan army began during General Zia’s time. Since then, whenever it suited the generals, they played footsie with religious leaders.

Yet ever since the brutal slaughter of school children in an army school in Peshawar, the Army had cracked down on the Pakistani Taliban and other extremist groups. Yet at a time, when the PML (N) is at its weakest, with Nawaz Sharif debarred from politics and facing trial for corruption and a weak man in the country’s top executive office, the Army’s support for the Tehreek-e-Libaik is somewhat surprising.

This group of fundamentalists grew out of the protest movement against the hanging of Mumtaz Qadri, the security guard who gunned down Punjab Governor Salman Taseer in 2011, for standing up for a Christian woman facing death under the country’s tough blasphemy laws. When Qadri was hanged, a cult grew around what supporters described as his “martyrdom.’’ The group hopes to take part in national elections and promises to rule Pakistan by shariah law, if voted to power.

The current agitation by this fringe outfit is also seeped in Sunni orthodoxy. The law minister has become the target for a slight change to an oath – the finality of Prophethood – that lawmakers in Pakistan must take to run for office. The oath declares that the spiritual leader of the Ahmadi movement, a Muslim minority group, is a false prophet. The change to the oath, was slight : “I believe” from the original “I solemnly declare.” The wording was quickly changed to “I solemnly declare” but the religious group led by Khadim Hussain Rizvi bayed for the minister’s head.

The Army may be supporting the group but liberal Pakistani’s are angry at this craven submission by the PML government and the Army’s role in this sorry affair. In fact, Justice Shaukat Aziz of the Islamabad High Court did not mince words, when he questioned the government on its inept handling of the recent protests. “Is Gen Qamar Jawed Bajwa above the law and constitution?” he questioned. “It appears as though the Army was actively involved with the sit-in,” he stated.

“How long can we allow this to happen with the government?” Justice Aziz had asked.

“Army officials interested in politics are welcome to resign from the Army and join politics,” the Islamabad High Court had added while commenting that the “Government has been made into a joke of sorts.”

The Army cannot be reined in by the Court. The Army will continue to do what it pleases. But this action of playing to the extremist Islamic sentiments can come back to haunt it in future.

The Pakistan Army chief is on a visit to Saudi Arabia. Here he may find that Riyadh is also changing its stand on several key issues, including religious bigotry.

The new power centre in Riyadh, the 32-year old Crown Prince, is working towards making Saudi Arabia a moderate Islamic state. The religious police that created havoc on the streets are no longer in evidence in cities and towns. The Saudis who have long supported the austere Wahabi ideology is trying to move away from it. Why is the Pakistan Army now embracing the fundamentalists? The Pakistan Army is playing with fire.