Home Latest Art & Culture The fault in our movies 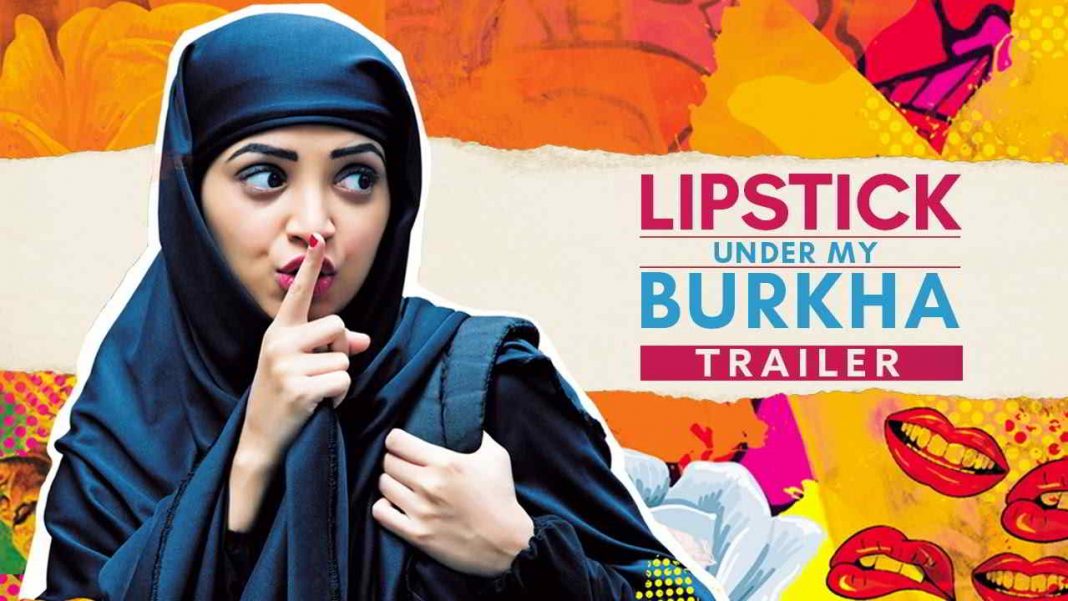 As we await the release of the “lady-oriented” Lipstick under My Burkha, let’s take a look at three similarly-themed movies from the last three years—Gulab Gang, Parched and Pink—and observe how they do disservice to the cause of feminism even while aiming to speak for women

In a country where they are still telling couples how to conceive fair-skinned boys and where, in a Konrad Adenauer Stiftung and Lokniti survey from 2016, 51% of respondents in the age group of 15 to 34 agreed with the proposition that “wives should always listen to their husbands”, we can clearly see where we are placed in terms of gender equality and the place of women in this part of the world.

As movies are an important point of reference in the culture of our country, let’s discuss a few so-called women-oriented Bollywood movies from the recent past that intend to lend to a voice to the cause of feminism and gender equality but falter in some important respects.

First and foremost, what we need to accept is that men are not the only ones causing the damage here. In fact, it would be foolish to mistake patriarchy and men for one another. Patriarchy is held up vigorously by women too, more so in conservative societies like ours where the daily interaction between men and women is limited, formal and minutely scrutinized. In fact, being a woman in such settings enables the older women to inflict greater damage upon the younger with more ease and heightened brutality.

Escape is no solution

Parched which was released in 2016 is set in rural Gujarat. It ran to average occupancy in the cinemas and on the face of it did not even break even. The movie shows the struggles of three friends, who, in order to lead a decent life, have to sever all ties with the existing men in their lives and run away from the village. It is a happy ending and the future for the three women is seemingly promising but the movie at the same time also establishes that changing the mentality of the current men in their lives or overturning patriarchy even at the home front might be impossible for someone in a similar situation as the protagonists. The only option is running away.

Yes, the lives of the characters are difficult and the reality in Indian villages for so many women is not very different, but not all can cut ties and re-root themselves elsewhere. In such a circumstance how can one cheer the actors on when all they are doing is tiptoeing around patriarchal norms and just eking out bits and pieces of happiness for themselves? The aim of the movies that start out with the intention of speaking of women’s issues should be to change what happens in the society, not just inform people that there are women who are leading their little private lives around the periphery of patriarchy.

They need to set an example of bold women characters, who are bold in spite of their situation, even in a village, thereby empowering those who are leading lives in reality on the edges of patriarchy and being judged for it. Movies are art forms, they need to be avant garde sometimes, if not always. The three women discovering their sexuality in refreshing new ways is one such idea in the movie but sadly it is the only one.

Not leading by example

Pink, also released in 2016 shortly before MS Dhoni—The Untold Story, still turned out to be one of the most profitable movies of the year. Now that is an impressive credential but, and this will be hard for blind adorers of Bollywood, the movie shows that it is okay for an innocent woman to carry, in part, the burden of the blame while at the same time fighting the stigma that attaches itself to a victim of a rape or molestation. Now, there are again three women in this film and they live in a city, are educated, financially independent and know their rights. These young women choose to attend a party, meet friends and choose to go with them for dinner in the middle of the night to a resort in the guy’s car. What happens there is what the movie is about— a man seeing one such girl as available, assaulting her, and ignoring her refusal to have sex with him.

Noble premise the last bit, in fact both men and women should have equal authority to call it off when they choose not to go any further. But the problem does not lie there; the problem is why does the girl refrain from reporting the incident immediately? Why is the girl who has been molested so afraid of narrating what happened at the top of her voice to the police, to the lawyer, to the judge and so on and so forth? Why does the movie imply that she is afraid she would be blamed for being molested because it is a direct result of the kind of life she leads? When in reality there is nothing wrong with the kind of life that she does lead.

Are we not reinforcing that the society expects one such woman to partly be the guilty party and so the awareness of that finger-pointing that will come in the future weighs on the girl from the moment the crime is committed against her. Imagine for a moment, how the story would have turned out had the woman gone directly to the authorities. Maybe it would have made for a very short narration.

Perhaps, but it takes guts to have faith in the judiciary, be it in India or the US or anywhere else. And the character here does win in the end, so why not show her as a strong, unrattled woman, who puts her faith in the authorities, fights them when needed, fights the society loud enough to scare the daylights out of anyone but does not feel guilty for what was done to her even for a second. Is it not the duty of the movies to set a new example in how women should not feel they invited a rape?

There is also voyeurism, not in the first scene but later when the girl is abducted for having filed a case against the boy. She is molested yet again, in a moving car this time, by a group of men one or two of whom are her friends and the scene is acted out. Again that is not really where the problem lies but in the fact that the story shows no judgment given against these boys in the end. The episode and the men are just forgotten, so why was the molestation picturised in the movie if not for voyeuristic purposes.

The scene depicting the molestation is not evocatively titillating but that element is present in the way it is filmed with the girl pinned under the boy, almost giving the impression that she is being raped. What Linda Lopez McAlistar, an American philosopher and academic wrote in a review of Bandit Queen sums up this argument: “… feminist filmmakers who want to take on the subject of violence against women in their films need to find cinematic strategies to depict the violence in ways which don’t incite the audience members who might be so inclined to identify with the perpetrators.” The question is why film it and introduce it in the story if in the end you just want the audience to forget about the crime?

Finally, we come to the militant feminism of Gulab Gang which released in 2014. The borderline psychotic behaviour of some women characters in the movie is almost scary.  For instance, a young girl in the story is raped when she is out playing hide-and-seek with her friends. When the Gulab Gang members come to know of the incident, they set up a whole ploy at the river where they know the rapist will come to take his bath. They wait for him underwater, and emerge seductively encircling him from all sides. He is surprised but when he spots the girl he had raped earlier, he gestures at her lewdly. Crime confirmed, they gang up on him, violently attacking him and cutting off his ear. It is also implied that they have cut off his penis. The next scene has the young girl smugly listening to music on the boy’s iPod while the rest of the women dance and celebrate their “victory” in an almost tribal manner.

How is it okay for a group of women to physically assault a lone man when the same thing done to a woman is called gang rape and is a very big problem faced by all societies? This kind of justification is what makes people celebrate the death sentence given out to Nirbhaya’s rapists, while the very next day they forget to notice another similar crime taking place in Haryana, which proves that a death sentence is hardly the way to instil fear or respect in the minds of a those who want to commit a crime against a woman.

Also, what is the fascination with the phallus? Why should a movie about a feminist movement attach so much importance to it and showcase it as the embodiment of everything male? The male character who rapes the young girl in the movie is bestial with or without his penis. The act of cutting it off does nothing to change his mindset towards women, it only changes his physiology.

The real Gulabi gang members on whom the movie was loosely based are confrontational in their approach. They have rounded up and beaten men in real life but the movie takes violence towards men to a new level. The female characters fly, kick, use lathis and knives deftly and then break into a song and dance sequence as if these were the only two things you did if you called yourself a feminist, leaving the rest of the world to fall into place by itself.

In the real world, it has been a while since women began fighting for respect and equality. A few generations of women have passed us by asking to be heard and a few more demanding to do so. With each passing batch, the path is paved for a greater shot at success for the successor but the progress is slow. Did Bollywood ever think that maybe the society is ready for a character bigger and more complex than they choose to give us? A character who would be interested in being more than just someone discovering her sexuality in dingy unlit rooms or someone with a voice so clear and sane that it would make others feel empowered? Why doesn’t Bollywood boldly create a character for a woman who lives her life on her terms, fighting on a daily basis and only winning bit by bit but helping others around her evolve in their understanding of women’s issues? A strong movie may only hasten her on her way. Did Bollywood ever think that?