Home Latest Politics News The most polarised election: the element of Hindutva, the fight for India 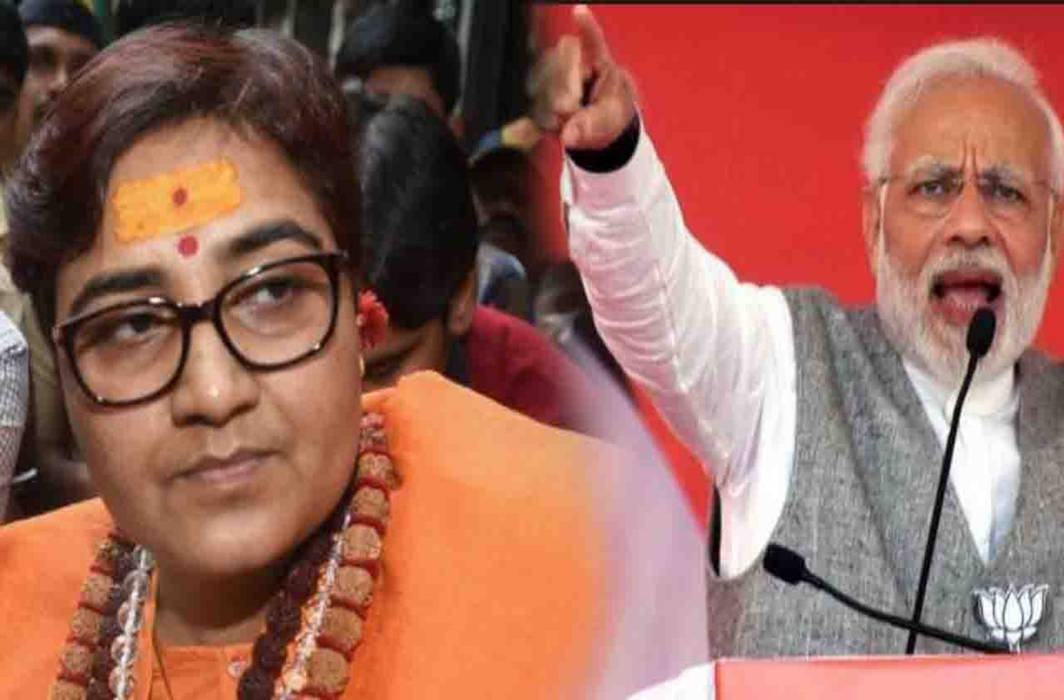 It was the most vicious campaign for the most bitterly fought elections I have seen in over 30 years of my life as a journalist drew to a close on Friday. It is also the most crucial India has had since independence: for the first time, it is about putting India on the path to a new socio-politico-cultural path, and there may lie the reason for the bitter fight.

The heat of anger and passion usually dulls reason and fudges facts. Angry comments are made and strong reactions follow. In the process, falsehoods are peddled, statements distorted, wrong meanings derived – and many fall for them, many others lap it up and hungrily look for more.

Here is an attempt to clear a few points about this election. If this appears one-sided to some, so be it. It can’t be helped: as someone pointed out, being impartial as a journalist does not mean that “If someone says it’s raining, and another person says it’s dry, it’s not your job to quote them both. Your job is to look out the f…..g window and find out which is true.”

Never before was there an element of animus so evident between political rivals – parties as well as leaders. At the same time, the campaign was all centred on one leader – Prime Minister Narendra Modi – and his party.

NDTV founder and co-chairperson Prannoy Roy says the factor that stands out the most is the level of polarisation among Hindu voters that we have rarely seen before. “Voters either love and admire Modi – or dislike Modi intensely.  Virtually, no voter is indifferent,” he said in an interview, referring to Prime Minister Narendra Modi.

Interestingly, it is Modi’s camp that disagreed with the statement that it is the ‘most polarised’ election. The reference to Modi somehow irked some Modi fans. They interpreted it in terms of ‘Hindu-Muslim’ divide – perhaps because that is the theme being constantly propagated on social media, especially WhatsApp.

Some of these elements also pointed out that “Muslims have always been opposed to BJP and Modi, so what’s new? How does this make this election ‘the most polarised?”

That reaction comes mostly from those whose active interest in politics started with Modi’s arrival on the national scene. It is true that most Muslims have not been voting for BJP or Modi, (but many did, more than Hindus voting for Muslim League!), but when before this election was the choice only between Modi/BJP and others?

What’s new and what makes this the most polarised election are other factors, not just Muslims.

For one, this time the BJP is the most dominant party with the largest spread across the country. Earlier elections were not just about voting for or against BJP – or Modi. There were always other players to choose from.

This election is seen as a referendum on Modi – a statement that pleases Modi followers no end, until one puts it in this context. BJP campaign was also centred on Modi, not on the local candidate. Modi too, referring to himself in third person, always said “you will be voting for Modi” when campaigning for BJP candidates in different states. Hence, with BJP contesting the largest number of seats in the country and making a strong pitch for coming back to power, elections just had to be between Modi and others. Calling it a ‘ganging up’ of political parties and their leaders against Modi as coming together to save their political space is too simplistic, just like Modi claiming that all that the Opposition wants is to grab power from him: what else would Opposition do?

BJP, Modi and his followers also point to the inner contradictions among the parties talking of coming together to check Modi-led BJP. They recall how many of these parties came up in opposition to Congress which they were now seeking to join hands with. Many see this as ‘opportunism’ – with a lot of reason.

However, the point missed here is that the difference between BJP and other parties is fundamentally greater than the differences between rest of the parties. And it is this that explains why the election is so crucial, why it was so bitterly fought and what made it so polarised. Much beyond just forming a government is perceived to be at stake this time. It is a vote for the kind of India one wants, about deciding its future course in a very basic sense.

This is what sets the BJP apart from every other political party in the country: the agenda of the New India promised by the Modi-Amit Shah-led BJP is one of a country based on Hindutva. This is the RSS vision of ‘Hindu Rashtra’ which its chief, sarsanghchalak Mohan Bhagwat has talked about repeatedly. Hindu Rashtra is supposed to be based on Hindutva, and this puts off many people for very clear reasons.

Hindutva is defended by describing it in terms of the liberal, tolerant, all inclusive traditions and culture of Hinduism, and said to include all who live in Hindustan. In practice, one finds attempts to define it in narrow strait-jacketed terms that prescribes food, clothing, social practices, choice of spouse, forms of speech, language, cultural aspects and extends to education, art and entertainment.

This is made more strident by attaching nationalism to it and condemning all else as anti-India and pro-Pakistan. There have been countless calls of sending various persons – artists, activists and leaders – to Pakistan.

It is also seen in moves to change educational system and what is taught in schools, colleges and institutes and what is debated and discussed. It extends to art, culture and cinema to promote Hindutva to the exclusion of everything else.

It is also evident in brazen attempts to manipulate cases to protect all those accused in cases related to ‘Hindutva’ cases. While leaders of other parties may be accused of trying to save themselves and, sometimes, their accomplices, it does not extend to protect every ideological co-traveller.

Institutions have suffered. CBI vs CBI, CVC vs CBI, Election Commission’s credibility being called into question on very strong grounds, drawing armed forces into politics – all are unprecedented events and tendencies.

That is the true face of Hindutva on the ground.

It is most clearly seen in BJP choosing terror-accused Pragya Thakur, as it Lok Sabha candidate from Bhopal. Thakur hammered it home with her statement praising Mahatma Gandhi’s assassin Nathuram Godse as a patriot. While BJP hastily condemned it, it has been for years projecting VD Savarkar, who was accused of involvement in the plot to assassinate Mahatma Gandhi, as a national hero.

BJP’s feelings were also seen in the sharp reactions to actor-politician Kamal Haasan terming Mahatma Gandhi’s assassin Nathuram Godse as free India’s first terrorist and pointing out that he was a Hindu. BJP leaders protested that he could ‘at most’ be called a ‘murderer’ but not a terrorist. A murder is an individual’s criminal act out of personal greed or passion. Terrorism is unlawful use of violence and intimidation, especially against civilians, in the pursuit of political aims, usually backed or sponsored by an organisation. What was Godse, what was that organisation has been written about extensively.

Before Haasan’s statement, Prime Minister Narendra Modi had said at an election rally in Wardha “Is there a single instance in history when a Hindu committed an act of terror”. When Haasan pointed it out, all of Hindutva brigade came down upon him like a ton of bricks.

Some others also took it to mean that Haasan was talking about ‘Hindu terrorism’ and said a whole community could not be branded thus due to the action of one man – though Haasan had done no such thing.

Among these were many who do not hesitate to brand Muslims as terrorists due to the acts of a few and never realise how completely wrong this notion is. To put it in perspective, they need to be reminded of the days of Sikh terrorism. Incidentally, then also a community’s name was used and is still used for terrorism.

The crucial point to remember is that only a very small percentage of the Sikhs, who themselves are merely just about 2.5% of India’s population, had taken to violence but had wreaked havoc.

Muslims constitute over 14% of India’s population. If a similar percentage of them take to terrorism, one can imagine what India would be like.

Some find it disturbing, others blind to all this only want Modi back.