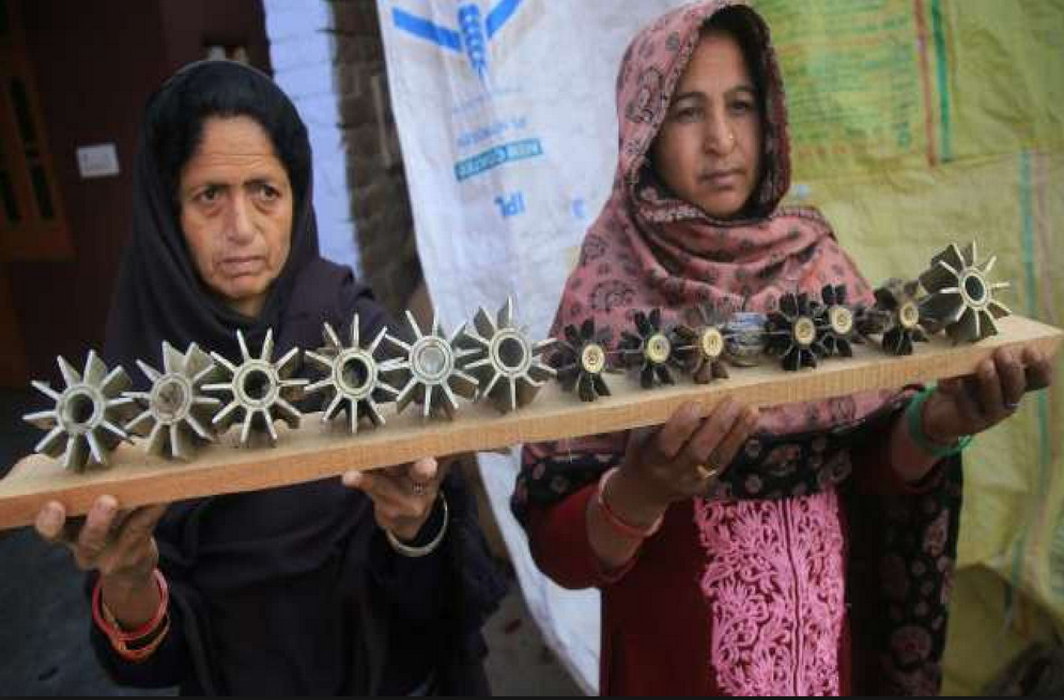 As heavy shelling by Pakistan has forced thousands of people to vacate villages and towns along the border, Indian Government said this indicated that Pakistan was rattled by the response to Ramzan ceasefire in Kashmir and it could be extended beyond the holy month, said a CNN-News18 report quoting home ministry sources.

At least five civilians were killed and 30 people, including six BSF jawans, were injured in shelling by Pakistani rangers on Wednesday. Nearly the entire 181km-long International Border from Kathua to Akhnoor in Jammu division was rattled by Pakistani firing.

The spurt in firing by Pakistan at the same time that the Valley is experiencing relative peace is not a coincidence, said officials.

According to Jammu and Kashmir’s DGP SP Vaid, there had been only six incidents of stone pelting were reported between May 17 and May 20, just after the introduction of the ceasefire.

“The initiative of Hon’ble PM has helped in general improvement in law & order. The situation especially in south Kashmir has eased and is serving as confidence building measure for families who want their boys to return back home,” SP Vaid had tweeted.

But the CRPF has disputed the figures put forward by the police and said the actual incidents of stone pelting were more than double.

Amid reports from Shopian of villagers clashing with Army over Iftar, union minister Jitendra Singh had also underlined that the Ceasefire was conditional.

“Those who follow Islam, if they can’t respect the sanctity of Ramzan, you can’t expect security forces to have sympathy. If terrorists and stone pelters indulge in violence then they will be treated as they ought to be treated,” Singh had said.

Meanwhile, a report in The Hindustan Times said a week of relentless Pakistan shelling has driven 1,00,000 people from their homes in Jammu and Kashmir, reducing their villages to ghost towns and leaving their homes pockmarked with bullets.

Most of the people forced out of their homes in border villages of Jammu, Kathua and Samba districts have chosen to live with relatives while some have opted for relief camps, said the HT report.

The life in the border belt along the International Border (IB) has come to a standstill as farming, schooling, cattle rearing and everything else on which border dwellers survive have come to a halt due to shelling episodes.

A village of 1,500, Keso is all but abandoned. Women and children have moved to relief camps, men join them at sunset.

Pakistani soldiers have targeted villages and BSF posts all along the 198km-long border. In the last one week, four people have died and 25 injured in Ramgarh alone.

The last border village of Nanga resembles a ghost town. Only a handful of the 3,500 people have stayed back, to look after houses and cattle.

The bustling Arnia border town and nearly 100 border hamlets along the India-Pakistan border now wear an empty look, with over 76,000 villagers abandoning their homes to escape heavy shelling by Pakistani troops.

Located five km from the International Border (IB), Arnia town, with a population of over 18,500, resembles a ghost town with only a few people and some policemen left each in its adjoining hamlets to take care of animals and guard houses against thefts.

“Arnia town is empty as most of its population has migrated. They have shifted either to their relatives or to shelter camps set up by the government”, Additional District Magistrate (ADM) Jammu, Arun Manhas, told PTI.

Mahnas, who is leading rescue and relief operation along with civilian and police officials, said people in over 90 villages in Arnia and R S Pura sectors have either been evacuated by the police force in bullet proof vehicles or have migrated themselves.

Over 76,000 people have migrated from border areas in wake of heavy shelling and firing from last several days, Manhas said adding several camps have been setup to house border migrants.

The peoplesay they feel they are in a war zone with sounds of mortar bombs and rattle of automatic weapons booming in the area and deaths, injuries and devastation seen everywhere. They say they have never seen such intense shelling and firing since 1971 and urged Prime Minister Narendra Modi to go for war with Pakistan to sort out the issue once for all, reported PTI.

Sub Divisional Police Officer (SDPO), RS Pura, Sahil Prashur told PTI that the situation is very tense as Arnia town has been vacated along with most of the villages as shelling is going on intermittently.

Sahil, who led the police from the front in carrying out massive evacuation of the border population from RS Pura and Arnia sectors, said houses and cattle have bore the brunt of shelling.