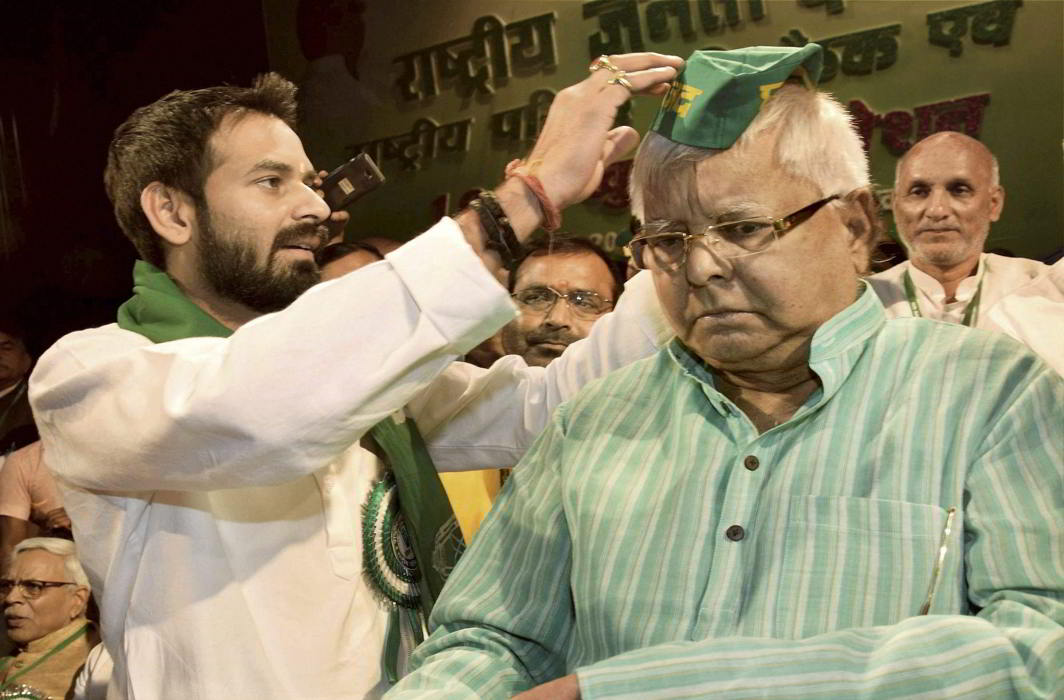 The needlessly provocative and obviously unpalatable broadside by Tej Pratap, the elder son of Lalu Prasad Yadav, came as his reaction to questions by mediapersons over the Centre’s decision to downgrade the RJD chief’s security cover to ‘Z’ category from the earlier ‘Z+’ category that he has enjoyed for years.

Tej Pratap claimed that the Centre’s decision to downgrade the security cover given to his father was a “conspiracy” by the Prime Minister Narendra Modi-led government in Delhi and Bihar chief minister Nitish Kumar’s NDA-government in the state and that there was a plot to have his father murdered.

While the BJP has taken strong offence to Tej Pratap’s threat and termed him “mentally unstable”, a clearly embarrassed Lalu claimed that he had asked his elder son to “not speak anything like that again (sic)”.

If a son comes to know that his father is being conspired against, his security is being revoked, he will react. I don't approve of this. I have spoken to him to not speak anything like that again.: Lalu Prasad Yadav on Tej Pratap Yadav's statement pic.twitter.com/jo6LnC7Qzx

However, in a bid to shift the focus from yet another controversy that his son has drawn the RJD into, Lalu sought to claim that any son would have reacted if he felt that his father is “being conspired against”.

Referring to Tej Pratap’s claim that the decision to downgrade Lalu’s security was part of a plan to make him vulnerable to a threat on his life, the RJD chief sought to directly blame Prime Minister Narendra Modi for such a design.

Asserting that he wasn’t scared of Narendra Modi, Lalu said: “all the people, even the children of Bihar, will protect me”.

If Narendra Modi thinks I will be scared, I won't. All the people, even the children of Bihar will protect me.: Lalu Prasad Yadav in Patna #Bihar pic.twitter.com/Rpfm95EULk