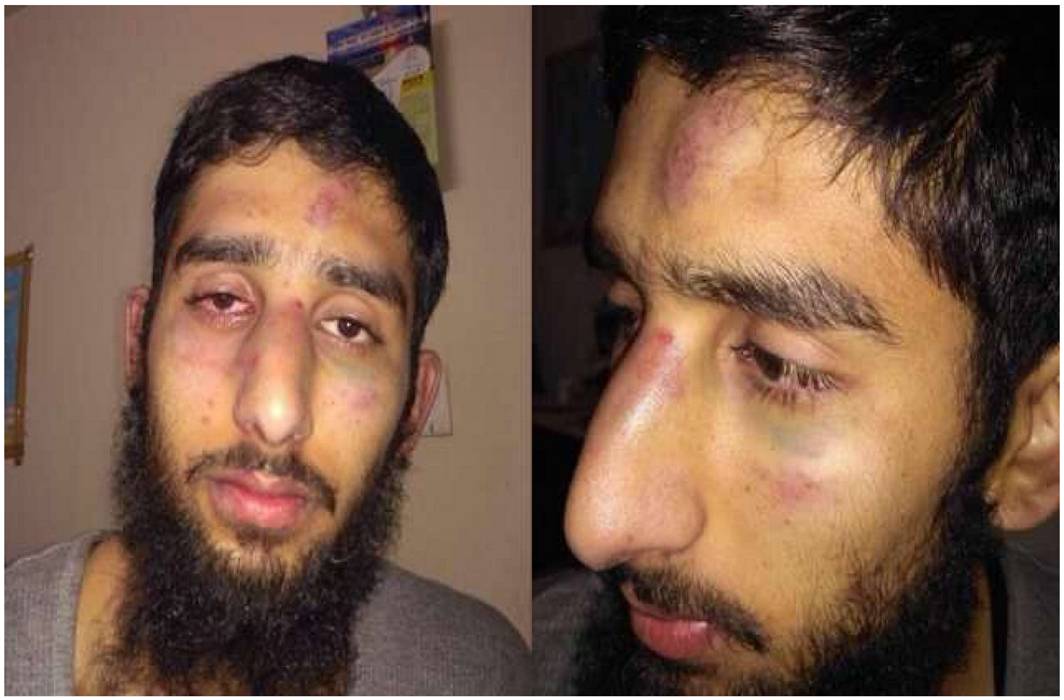 The attack on Kashmiri students is in line with a Hindutva campaign reviling people of the state and calling them anti-national who belong in Pakistan, while paradoxically asserting that the state belongs to India. This also negates any attempts to integrate the Kashmiris with the rest of the country.

The two students of Central University of Haryana (CUH) were thrashed by a group of people near the university in Janti-Pali village on Friday when they were returning to the campus after offering prayers at a nearby mosque.

The police identified six persons involved in the incident on the basis of CCTV footage, said a Hindustan Times (HT) report quoting Mahendragarh superintendent of police (SP) Kamaldeep Goyal. While three were arrested, efforts were on to nab the others, Goyal said.

The police were interrogating those arrested and the police were trying to find out why the accused attacked the students, said the HT report.

The police action came after J&K chief minister Mehbooba Mufti demanded that Haryana government take stringent action against the perpetrators and institute a probe into the incident.

“Shocked and disturbed to hear reports of Kashmiri students being assaulted in Mahendargarh, Haryana,” she tweeted after pictures of the students from the state’s Rajouri district with bruises all over their faces were widely circulated on social media.

J-K director general of police Shesh Paul Vaid also spoke to his Haryana counterpart over the incident that sparked widespread criticism in J&K.

Former Jammu and Kashmir chief minister Omar Abdullah tagged Prime Minister Narendra Modi in a tweet saying, “This is terrible & goes against the spirit of what @PMOIndia @narendramodi ji said from the ramparts of the Red Fort. I hope the authorities in Haryana act quickly against this violence.”

The students told media persons that the attack by a group of 15-20 people was unprovoked.

“My friend and I were coming back from Mahendragarh town after offering Friday Namaz when we noticed some men following us. We did not take it seriously, since we had been living here for almost two years. But suddenly when we reached the chowk and stopped our bike, the men started thrashing us mercilessly,” said Aftab Ahmed, an MSc student at the university, according to the HT report.

“My friend somehow managed to escape, but the group of men continued to attack me,” said Ahmed, adding: “We kept asking them what has happened and what did we do but they kept beating us.”

Once they managed to reach the university, the students informed the faculty about the incident, who lodged a complaint with the police. A case against unknown men under sections 323 (voluntary causing hurt) and 506 (criminal intimidation) of the Indian Penal Code was registered at the Mahendragarh city police station.

The attack has made Kashmiri students apprehensive of going out since their looks give them away.

The attack comes a few days after leaders of the ruling Peoples Democratic Party in Jammu and Kashmir accused a section of electronic media of fuelling unrest and creating wrong image about Kashmiris in rest of the country.

Senior PDP leader and minister in Mehbooba’s cabinet Naeem Akhtar while speaking on recent killing of civilians in firing by security forces in Shopian alleged some TV Channels have unleashed a vicious campaign against Kashmir and Kashmiris, which he said is only adding fuel to the fire.