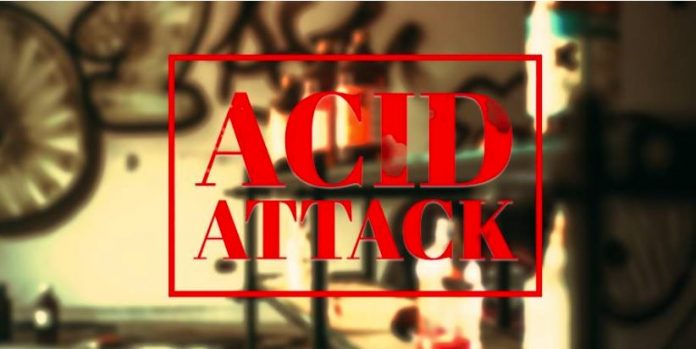 The three young Dalit sisters in Uttar Pradesh’s Gonda district were attacked with acid on the early hours of Tuesday while they were asleep at their home, police reported. The three sisters, 8, 12 and 17 were sleeping in their room when the attacker allegedly climbed up to the terrace, entered their room and threw acid on them. After being attacked the girls screamed in pain. On hearing their cries, their father rushed to their room and saw the girls have been attacked with acid. The police confirmed that the girls belong to a Dhobi community and fall under Dalit caste. Their father iron clothes in the village for a living.

Officers said that all three have been admitted to the Gonda district hospital. The elder sister has suffered 30 percent burns on her face and chest while the other two have suffered 20 and 5 percent burns reportedly on hands.

The Dalit sisters’ father said that oldest sister who suffered major burns, her wedding was fixed and that it was about to take place soon. Now, that her face has been burnt, he is not sure that the wedding will happen.

The incident took place in Paska village under Paraspur police station limits of Gonda at around 2.30 am on intervening night of Monday and Tuesday, a police official at DGP headquarters in Lucknow reported. He also said that the attacker was known to the family and knew that the girl sleeps in a room on the second floor. Meanwhile, the police are talking to the relatives and the family of the victims and a team of forensic experts with a dog squad is searching the area.

No suspects have been named by the family who may have thrown the acid. Hence, the investigation is being done based on a complaint against unknown persons, senior police officer Shailendra Kumar Pandey told a TV news channel.